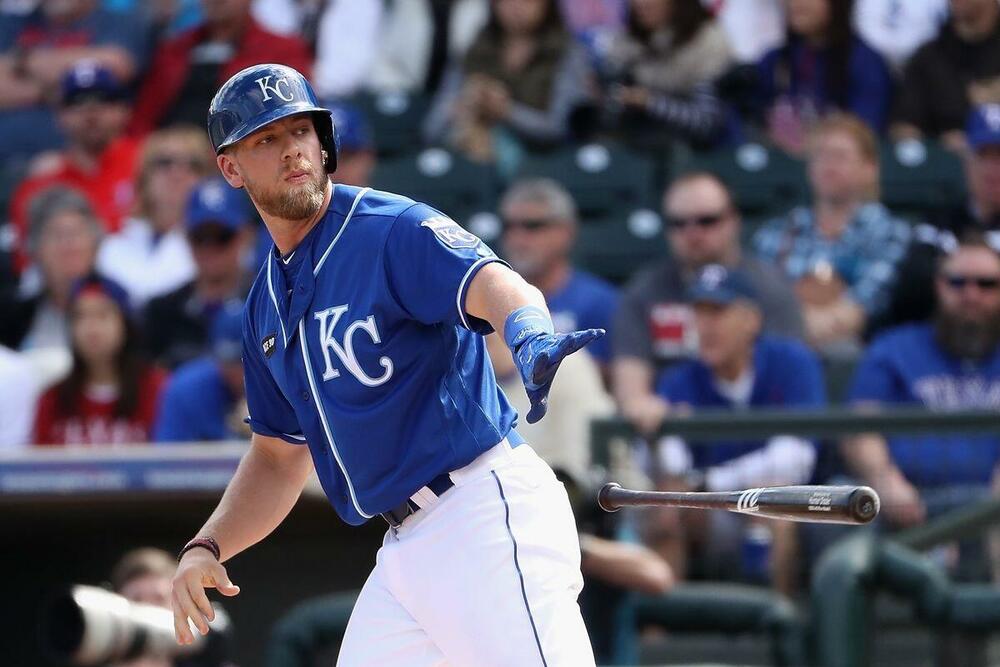 DeShields went 2-5 including a game winning bunt single in Sunday's game. DeShields really showed off the key element of his game in this one, lacing a double, scoring twice, stealing 2 bases and laying down a bunt single to bring in the game winning run. His .200/.347/.300 line is not pretty but he has now swiped 5 bags on the year and owns a solid 8:9 BB:K and has been a bit unlucky as well posting a .192 babip. He has cut his Swinging Strike Rate almost in half from last year (7.4% to 4.8%) and is making contact at a career high 85% rate. His hard hit % of 25% is a bit lower then last year and ranks near the bottom of the league - but in his case it could be helpful as slow rollers in the infield could help him rack up infield singles. He has some run and stolen base upside but owns just a .243 avg over 1572 career plate appearances.

Lowe went 2-4 with and a stolen base and an RBI Sunday. Lowe got off to a bit of a slow start going 0-9 over his first 3 games but currently has a 9-game hitting streak going and has hit safely in 11 of the past 12 games while providing strong counting stats (4 HR, 8 runs, 10 RBIs, 2 steals) as he looks well on his way to be a top fantasy contributor. While the Rookie has struck out at a 31% rate (21% Swinging Strike Rate), that is about the only negative to his offensive game as he his mashing the ball with a 51% hard hit rate. Look for him to continue to pick up starts at 2B and DH with the potential for an occasional start in the of, although he has not appeared there yet in 2019.

Martin went 3-5 with his 3rd home run of the season and scored 2 runs. Martin led off the game for the Indians with a home run and has been a nice surprise for their struggling offense so far posting a .404 OBP and .521 SLG%. While those numbers along with the 6 extra hits are nice Martin still ranks among the league leaders with a 33% K rate - a number that can slightly be looked past for the time being since he is also posting a career high 18% BB rate. Martin will be relied on heavily going forward for the Indians. One thing of note is to see if he can be of any help in the speed department. He has twice finished top 10 in triples and 3 times has swiped 20+ bags most recently in 2016. He is only 1 for 2 on stolen base attempts this year, but if he can keep the walk rate up there should be ample opportunities.

Rodon picked up his 2nd win of the season Sunday holding the Yankees to 2 runs on 3 hits over 6 innings, while striking out 5. Entering play Sunday despite a high walk rate of 3.94 BB/9 that has plagued him most of his career, he has looked solid striking out batters at a 32.9% clip while also generating a slightly higher then normal ground ball % (45%) and holding batters to a .200 batting average against. It will be interesting to monitor his K rate in 2019 and he dipped way down to a 6.71 K/9 whereas he had averaged a higher then 9 K/9 in his previous 3 seasons. A key to his 2019 success could be his continued effective of his slider - a pitch he has thrown 43% of the time in 2019 and has held batters to a .121 average against.