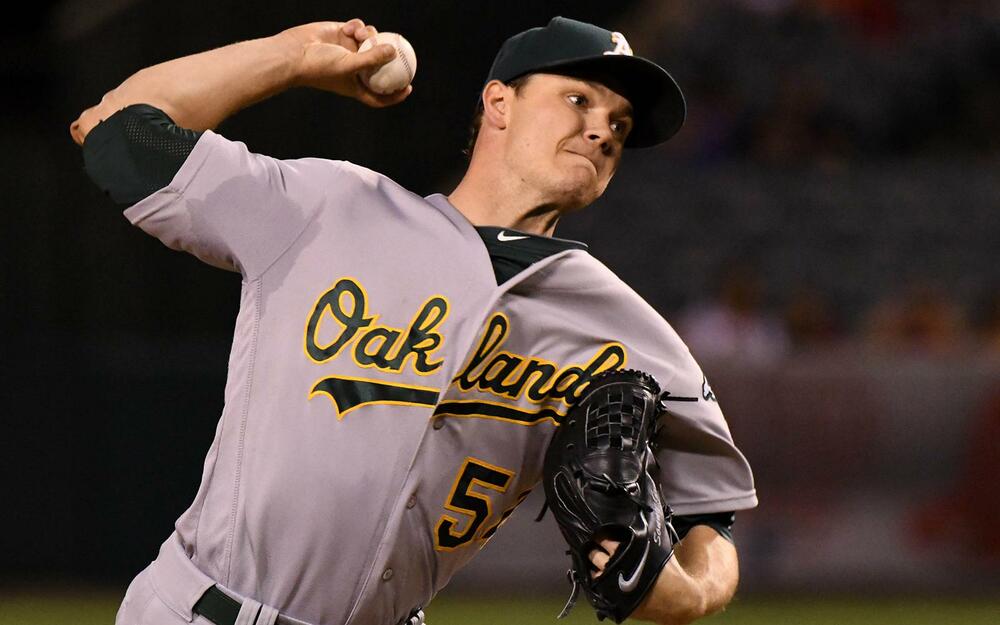 Sonny Gray was very effective against the Reds, though he only went 4 IP. He struck out 6 and allowed 2 hits before leaving the game after 60 pitches. Gray took a comebacker off the shin in the second, and retired the next 8 batters before coming out of the game. He said he would be fine for his next start. Overall, it was a very encouraging start, mind you against the Marlins. He has less than 15 IP under his best this season so we don't have a large enough sample size to determine if he has any improvement, but he's likely a solid back-end rotation option given his move to the NL. Certainly proceed with caution.

Despite his team scoring 11 runs, Paul Goldschmidt was 0-for-5 at the plate. Goldie's numbers for the season aren't all that bad, but quite bad when you take out his 4-for-5 3 HR game on March 29th, as he has only 5 hits in every other game combined. He's been doing this too long to hit the panic button obviously. The one cause for concern is that, at his current rate, he's amidst an alarming 4-year increasing K% trend, from 21.3% in 2016 up to 27% so far this season, but it's too early to see where his strikeout numbers will end up in 2019.

Amed Rosario hit his first HR of the season while collecting 4 RBI. Rosario has an impressive 10 RBI on the season, and he's impressed with a 33% LD rate, but he remains a below average hitter. He's striking out over 30% of the time, and has a historically poor BB%. Despite that, he's walked at nearly an 11% clip this season. He'll need to cut down the K's to be fantasy relevant, beyond solely offering 20 SB potential.

Stephen Matz was impressive, going 6 innings with 8 strikeouts while allowing 2 ER to the Braves. Matz was a beneficiary of good fortune in his first two starts (85% strand rate), but has put together solid numbers regardless as evidenced by his 11.3% SwStr%. Matz could be a solid breakout candidate for 2019; I'd grab him if he's available.

Following a fantastic start, Kevin Gausman came back down to earth with a 5.2 inning 4 ER performance. Gausman will be inconsistent as his skill set is far from elite, but he presents some promise given his move to the NL this season. In 2018, he sported his best SwStr% of his career. Theoretically, if he improved upon that, he could provide some value for as a back-end starter.