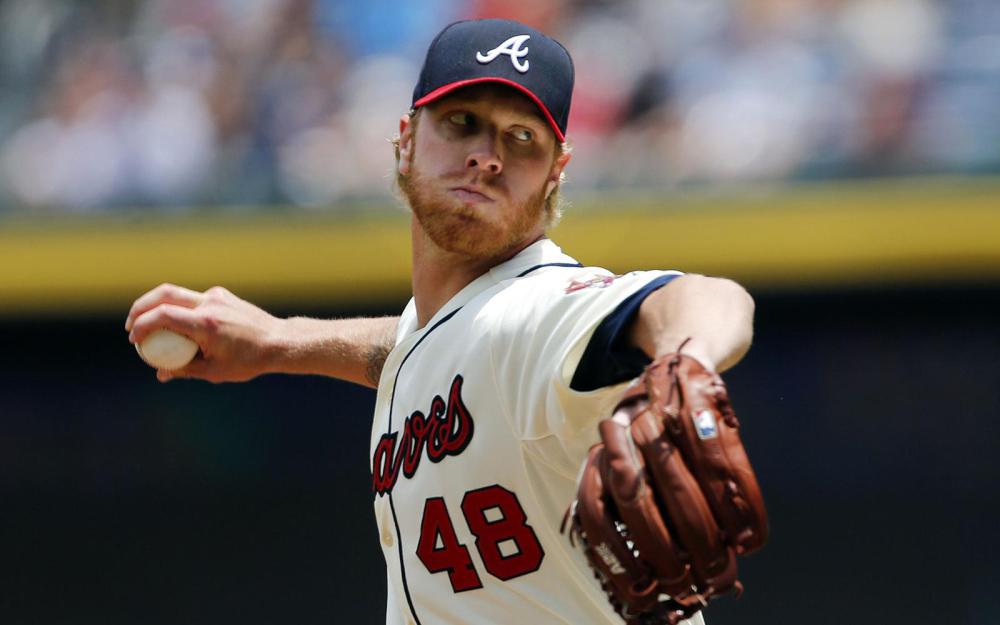 Mike Foltynewicz (SP-ATL) showed a bit of rust as he came of the IL (that still doesn't feel right) to face the Rockies at home on Saturday, going 6 innings in which he allowed 4 runs on 6 hits and a walk while recording 5 punchouts. It certainly wasn't a terrible outing, but he did serve up a pair of homers - one to Nolan Arenado (alright, that happens) and Daniel Murphy (his first of the year). It's worth noting that Foltynewicz struggled over his 4 rehab starts in Triple-A, posting a 6.11 ERA, 7.13 K/9, and 4.58 BB/9 over 17.2 innings of work. But that was basically make-up for his entire spring training (he lasted only 2 innings before going to the IL with the bone spur in his throwing elbow). Even so, hopefully fantasy owners didn't overpay for him in this year's drafts, as his identical 3.77 SIERA and xFIP indicate that he didn't quite deserve the 2.85 ERA that he ended his breakout 2018 campaign with. Expect an ERA close to 4 and a K/9 around 9 at season's end and you shouldn't be disappointed.

Marcell Ozuna (OF-STL) had a monster day at the plate against the Reds on Saturday, going 2-4 with a homer, a double, and 5 RBI. He's putting together a fine 2019 campaign, as he is now batting .270 with 10 dingers and 26 RBI. When looking at his peripherals, a few things stand out. One is his 10.9% walk rate, which dwarfs his career 7% clip. Second is his 51.6% hard-hit rate, which would be a career high over last season's 45.2%. Third is his .250 BABIP, which sits well below his career .321 BABIP. Fourth is his career-high 64.5% combined line-drive and flyball rate, which far exceeds his career average of 53.5%. Put all those things together and I think we're not just looking at an Ozuna who is rebounding from an underwhelming 2018 campaign. We're looking at an Ozuna who could challenge his .312-37-124 line from 2017.

Jorge Alfaro (C-MIA) performed well at the plate against his former club on Saturday, going 2-5 with a 2-run home run in Philadelphia. He's now hitting an impressive .297 to go with 5 longballs and 9 RBI so far in 2019, but the pair of whiffs he recorded raised his strikeout rate to a ridiculous 35.4%. His average therefore rides on an entirely unsustainable .415 BABIP, although a 53.5% hard-hit rate and 27.9% liner clip certainly help his cause. There's no way his 36.4% HR/FB holds up over the course of an entire season given his 19.8% career rate, so it's likely that his power production dips a bit even as his average drops toward and probably below .250. If at all possible, I would try to sell high while the surface numbers look enticing.

Jesse Winker (OF-CIN) hit third on Saturday and went 2-3 with a double, a walk, and a run scored against the Cardinals. His average continues to climb, as he's now sitting at .238 after he was hitting under .200 as recently as April 23rd. Although the average is quite low for him (he has a career .286 average over 520 big-league plate appearances), he's provided surprising power with 7 dingers over 89 plate appearances. He's done that while continuing to take plenty of walks (9%) and not striking out a ton (19.1%). Winker's excellent 51.7% hard-hit rate combined with a 35% flyball rate and 25% liner rate indicates that there is more production to come, but his 33.3% HR/FB is unsustainable given his 16.2% career clip. Despite that contact profile, his BABIP sits at a meager .214. Expect the average to continue to climb as his BABIP approaches his career .312 rate while his power tapers off as his HR/FB comes back down to earth. Especially in OBP/OPS leagues, there's a lot to like about Winker going forward.

A.J. Minter (RP-ATL) imploded against the Rockies on Saturday, coughing up 4 runs on 2 hits and 2 walks while striking out 2 in just 0.2 innings of work. He took the loss (his 3rd of the year) and the blown save, which was his first of the season. The rough outing raises his ERA to an unsightly 9.72, but his 5.14 xFIP says that he's been pretty bad. While an 11.88 K/9 is very good, his control has been abysmal, resulting in a 6.48 BB/9 that makes one wonder if he's hurt or if his mechanics are off. There's been some bad luck (53% strand rate and .364 BABIP), but things won't go well when a guy gives up tons of walks and surrenders hard contact at a ridiculous 54.5% rate. If there is any demand at all for Minter in your league, I'd unload him now - he looks like a mess.