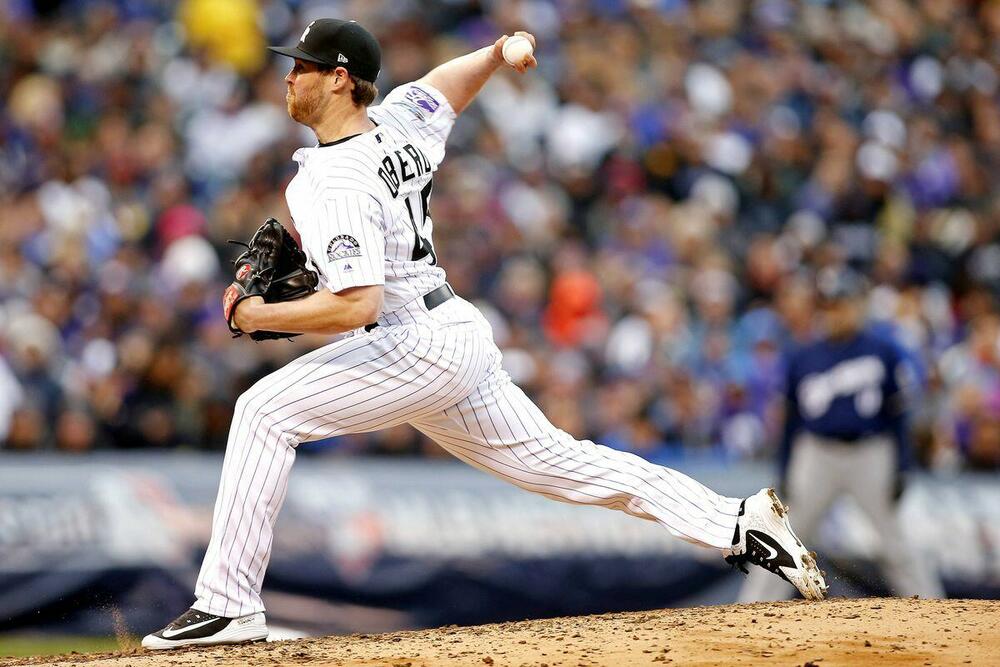 How many of you are staring at a big fat "1" in the saves category on your rotisserie league's standings page?

Whether punting closers was your deliberate strategy or you were bitten by the injury bug (sorry Hunter Strickland owners), trying to reconcile the best plan of action can often be frustrating. You have several possible options:

Option 1: Punting - The easy way out is by simply ignoring the category and starting a pitching staff consisting of all starting pitchers each week the rest of the year. Doing so will almost guarantee no points from the category, effectively giving you a 12-15 point debt to overcome right off the bat. To pull this off, you to be sure you can finish among the top-3 in every other pitching and offensive category.

Option 2: Spend Your FAAB - Retail therapy is one way to address to overcome sadness, can it work for fantasy baseball? With the right execution and a little luck, it can absolutely result in an overall "win". There's enough turnover at the position that one can easily assume 1-2 relievers with save prospects will be available on the waiver wire each month. Nabbing the one with the best opportunity to hang on to the job is usually the best course of action.

Option 3: Trade For It - People's valuations of closers vary wildly, often making trade negotiations for a closer exceptionally challenging. Some view the elite closers as scarce assets (they are), often asking far more than their draft slots would indicate. Unfortunately for the manager who didn't draft closers, often you're left negotiating with the manager who do value closers highly (hence why they drafted them). It might be uncomfortable, but if you can't reasonably expect to finish top-3 in the other categories, overpaying via trade might be the best outcome.

Whatever you decide, commit to it. The worst thing you can do is trade valuable pieces or waste a lot of FAAB only to punt the category in two months.

Here's a look at the current closer landscape:

-The Braves bullpen woes continued this week as current interim closer Luke Jacksonblew back-to-back saves. Two interesting developments did occur, however. First, converted starting pithing prospect Sean Newcomb got the call on Monday and after the Jackson blowups, seems to be in lie to see more 9thinning action moving forward. Second, the Braves traded injured closer Arodys Vizcainoto the Mariners for quality set-up man, yet terrible closer Anthony Swarzak.It's possible Swarzak sees some action in the 9th, but as previously mentioned, he has struggled in the role previously.

-The Cubs bullpen woes have been nearly as bad as the Braves, with both Pedro Stropand Brandon Morrowon the injured list. In their absence, Steve Cishek,CJ Edwards and Brad Brachhave done little to find a way to close out games on their own. Strop claims to be nearing a return, while Morrow threw flat ground for the first time since Spring Training. If Strop was dropped, he's worth scooping up.

-Shawn Kelleywas activated from the injured list and was immediately thrown into the first, collecting a pair of saves. It's worth mentioning that Jose LeClercis looking much more formidable lately. It's still our best guess that he eventually wins back the job, but the role remains Kelley's in the short-term.

-COL Wade Davis suffered an oblique injury, so Scott Oberg will be filling in for Davis while he's on the mend. Oberg has an awful 15.9% strikeout rate and an even more alarming 13.4% walk rate. Nonetheless, Oberg has been effective, especially as it relates to generating ground balls (47% groundball rate). Oberg will carry value as long as he's closer, but he's shaky and probably isn't worth going more than 5% of your total FAAB.

-The Boston closer situation remains very much up-in-the-air as Brandon Workmanrecorded a save last weekend, yet Matt Barnes has handled most of the high leverage situations lately. Meanwhile, Ryan Brasieris scoreless in 6 of his last 7.

-Keep an eye on rookieScott Barlowin the Royals bullpen. Barlow has a nice 37.6% strikeout rate and has made big improvements to his contact rates this season compared to 15 innings in 2018. Barlow has just a 80% zone contact rate and typically called ahead in counts. He does struggle with the long-ball, but Barlow might be a name to keep in mind to possibly close games, if the team tries to deal some bullpen pieces this summer.

-Don't look now, butTommy Kahnlesuddenly looks relevant again. Pitching in more higher leverage roles (although not saves), Kahnle has excelled with 29 strikeouts in 20 innings pitched. Kahnle has always been a favorite of this column thanks to great command, his high ground ball rates and even more impressive strikeout numbers. There's plenty of mouths to feed in New York, but Kahnle is gaining Aaron Boone's trust and is a great add in holds leagues.