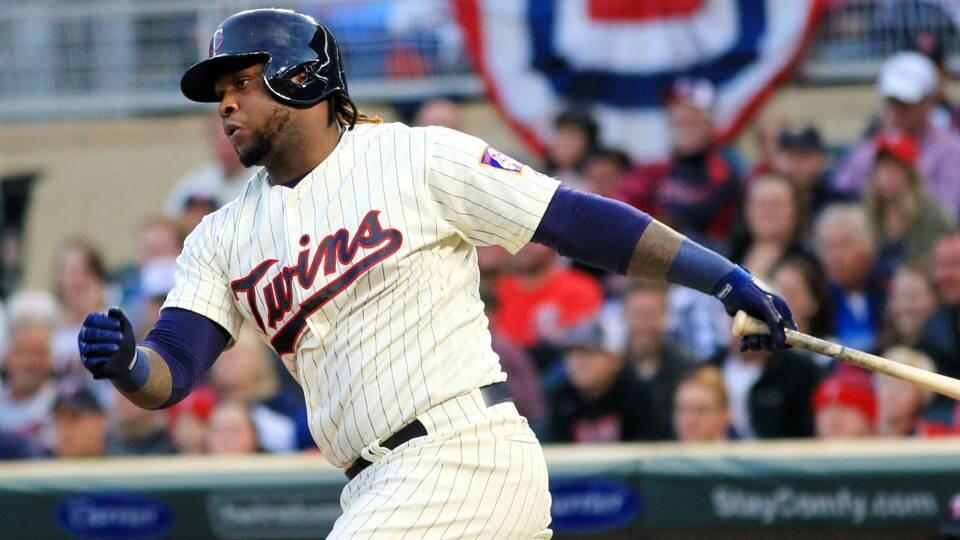 Mancini went 2 for 4 and hit his 9th homer of the season yesterday against the Indians. He also walked, scored two runs, and drove in three runs in the contest. After a little slump, and a minor injury, Mancini looks to be back on track for a career season in Baltimore. Mancini hit six home runs in the season's first twelve contests, but then went 22 games without hitting one. He has turned that around recently and has found the seats three times in the past seven games. This season Mancini has been hitting the ball on a line more and on the ground less, which has vastly improved his success at the plate. His LD% of 24.4% is almost 5% higher than his career rate (19.8%) and his 38.7% GB% is significantly lower than his 51.0% career mark. The more vertical launch angle has the 27-year-old slashing .313/.362/.563 and boasting a 144 wRC+ on the season.

Sano went 2 for 5 with a pair of doubles in his season debut on Thursday evening. His return is perplexing for Minnesota Twins management and fantasy owners alike. Sano came into the league with a bang back in 2015 but has struggled mightily with injuries and plate production ever since. The big third baseman's last respectable season was back in 2017 when he posted a .361 wOBA and hit 28 home runs across 483 plate appearances. Sano was horrific in an injury plagued campaign last season as he batted .199 in 299 plate appearances. Sano's biggest issue is and always has been strikeouts; his 38.5% K% last season was the worst in all of baseball (min 250 PA) and his 35.8% K% in 2017 was 7th worst. Sano certainly possesses pop (.233 career ISO) and upside, but other than tonight's solid performance, he hasn't shown much to believe in recently...in 37 double/triple-A plate appearances this season, Sano struck out 14 times. It's possible that he keeps himself fit and starts mashing the ball like it's 2015, but with how much he strikes out, it's probably best not to get your hopes up too high.

Phegley went 4 for 5 with a home run, a double, and four RBI in Thursday's blowout victory over the Tigers. The veteran backstop now has five homers on the season and is slashing .295/.321/.514, which is more than respectable for a catcher. Phegley has never garnered more than 243 plate appearances as a big leaguer and with 109 already a quarter of the way through the 2019 campaign, he appears to be well on his way to a career year. Basically all of Phegley's numbers are on pace to shatter his career bests; he already has 5 HR and 26 RBI this season and his previous best was 9 and 34 back in 2015. Phegley has a stranglehold on Oakland's starting catcher duties (Nick Hundley has half as many PA and is batting just .193) and is owned in just 16.9% of ESPN leagues...he might be someone to keep an eye on at the fickle catcher position.

Bauer got roughed up by the Orioles Thursday night as they tagged him for seven earned runs on five hits and four walks. The control was certainly an issue for Bauer in this one but he was ultimately done in by the long ball. He gave up a two-run shot to Rio Ruiz in the 2nd inning and then served up a three-run bomb to Trey Mancini an inning later. The start to the 2019 season was fantastic for the demonstrative righty but it has gone south for him as of recent. Bauer has given up 4+ runs in three of his past four starts and Thursday marked the 2nd time in that stretch where he gave up exactly 7 runs. The rough patch has seen Bauer's ERA go from 1.99 to 3.76 and his xFIP now sits at 4.10 on the season. Bauer is certainly difficult to hit, as his 12.3 SwStr% and 10.44 K/9 suggests; but his control is an ever present concern (4.31 BB/9 and has walked 3+ batters in 6 of his 10 starts) and his volatile personality makes him a bit unpredictable from start to start.

Bassitt hurled 8.0 innings of shutout ball against the Tigers yesterday afternoon. After giving up three runs in back-to-back outings, Bassitt used a porous Detroit offense (27th in wRC+) to get back on track. He surrendered four hits and walked a pair, while striking out seven in the masterful performance. Bassitt appears to be legitimate as he now owns an ERA of 1.93 and a WHIP of .92 on the season. He is getting batters to miss at an abundant rate (12.0 SwStr%) and is posting a great 10.4 K/9 so far in 2019 as a result. His xFIP is 3.34, which is solid but definitely suggests he will be giving up a few more runs per nine than he has thus far; though even with some regression Bassitt is solid a waiver wire add (owned in 27.6% of ESPN leagues).