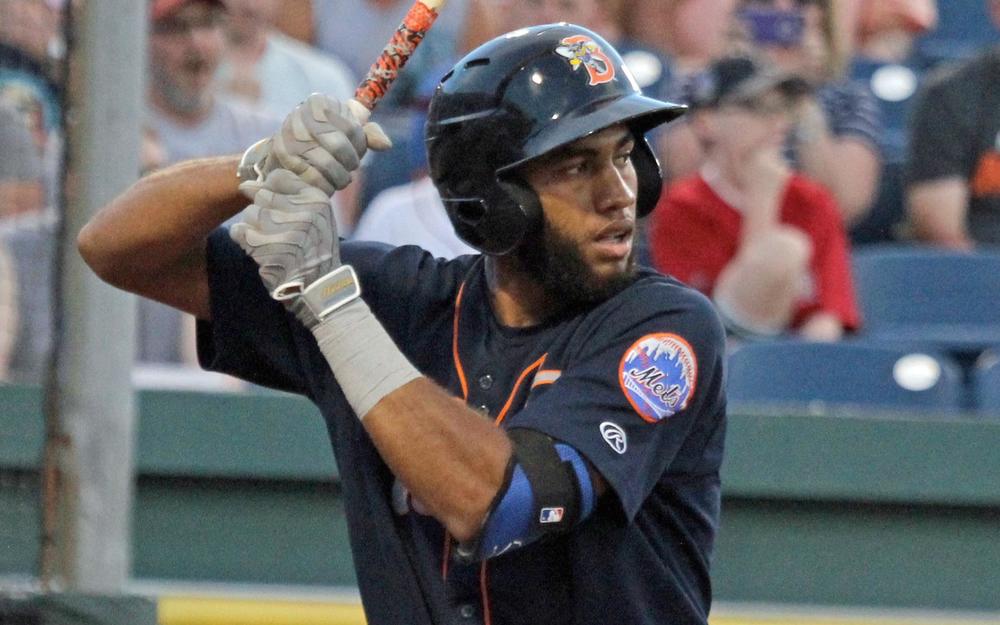 Tatis Jr. went 1-3 with two walks, two RBI, and a strikeout against the Rockies on Friday. Tatis Jr. has been as good as anyone could've hoped so far this year, and the rooke took an impressive .994 OPS into Friday's game.Tatits Jr.'s long term batted ball trends are fantastic (his hard hit rate has been climbing since the end of June, and his ground ball rate has been falling since the beginning of June), but his plate discipline profile has been slightly more volatile recently (in a good way). Although Tatis Jr. has seen his o-swing rate rise since early June, his z-swing rate has spiked recently, indicating that his plate discipline may be improving. In particular, Tatis Jr. has been significantly better at identifying offspeed pitches outside of the strike zone -- something he's struggled with this year. It's a small sample so far (this is a trend that really started at the beginning of August), but may help Tatis Jr. lower his strikeout rate going forward. Even if his strikeout rate hovers around 30%, Tatis Jr. should continue playing well over the rest of the year (though his -.063 xwOBA-wOBA is a mild red flag).

Smith was roughed up on Friday as he allowed six runs on ten hits and a walk over 4.2 innings. Smith has quietly pitched well for the Marlins this season, and the 27-year-old took a 3.35 ERA into Friday's game. Although Smith has probably been fairly lucky this year, he should still be a viable fantasy option over the rest of the year. In particular, Smith's strikeout rate and batted ball results have been somewhat fortunate, and his overall numbers will likely decline over the rest of the year as a result. Smith owns an impressive 30.2% strikeout rate, but his 13.9% swinging strike rate and 71.9% contact rate (although both very strong) support a slightly lower strikeout rate and suggest that it should fall over the rest of the year. The one caveat with that prediction is that Smith's ability to outperform his peripherals is related to his improved ability to finish hitters in two strike counts. That improvement is likely due to a legitimate adjustment, suggesting that Smith may still outperform his peripherals in this regard over the rest of the year (Smith has also been getting ahead in the count more frequently this year). Still, Smith has been fortunate with batted ball results as his .237 BABIP is likely to rise (his xwOBA is 20 points higher than his wOBA, though still above league average), so a decline in overall performance should be expected. Even if Smith's numbers decline as expected he's likely to post a strikeout rate upwards of 25% with a sub-4.00 ERA, so he should be a more than serviceable fantasy starter.

Rosario went 3-5 against the Nationals on Friday. Rosario is coming off of a red-hot July that saw him post a .940 OPS, but the 23-year-old has cooled off lately. Rosario's hot streak was largely fueled by an increasing hard hit rate (his 15-game rolling average peaked at an impressive 59.6% towards the end of the month) and a more aggressive plate approach (particularly on pitches inside the strike zone), but his hard hit rate has tanked since peaking on July 20th. Over his last fifteen games, Rosario's hard hit rate has been a poor 20%, and his hard hit rate (fifteen game rolling average) has only risen in one game since the 20th (out of 25 games). Although his increased aggression with strikes has been maintained for now and should keep his contact rate up, Rosario's declining hard hit rate is a significant red flag, and fantasy owners should consider selling high quickly.

Darvish allowed four runs over six innings with nine strikeouts and no walks against the Reds on Friday. Although Darvish's 4.36 ERA is uninspiring, the 32-year-old has been dominant since the All-Star break and owned a 2.17 ERA with 38 strikeouts to just 2 walks over the second half entering Friday's game. Consistent control appeared to elude Darvish over the first half of the year, and it looks as though he's eased those concerns. Encouragingly, Darvish's edge rate (the percentage of pitches that are located near the edge of the strike zone) spiked across many of his pitches, indicating that his command has improved. Darvish also increased the usage of his curveball at the expense of his cutter in July (a trend that's continued into August) in a move that should help him generate more strikeouts and weak contact going forward. Buy Darvish's second half breakout, and capitalize on owners who may be slow to trust the inconsistent pitcher.

Muncy has followed up last year's breakout with strong offensive play, and the 28-year-old took an .890 OPS into Friday's game. The two primary factors limiting Muncy's performance this year (relative to last season) are that he isn't hitting the ball quite as hard and that he's hitting more ground balls. Indeed, Muncy's average exit velocity is down to (a still solid) 88.9 MPH from 90.1 MPH last year, and his GB/FB ratio is up to 0.66 from 0.53 last year (his barrel rate is down to 11.5% from 16.9% last year). As a result, Muncy's home run rate has fallen to 5.9% from 7.3% last year, and his extra base hit rate has fallen to 9.6% from 11.2% last year. Those numbers are nothing to sneeze at, but it would be nice to see Muncy push his numbers up towards last season's performance. Fortunately for fantasy owners, Muncy's ground ball rate has been declining since mid-July (besides a small bump in his last few games), and his hard hit rate has been rising since the beginning of August. Muncy's realistic floor for the rest of the season is probably an OPS between .750 and .800 while his ceiling is likely just under 1.000, so he's a strong buy for the rest of the year.