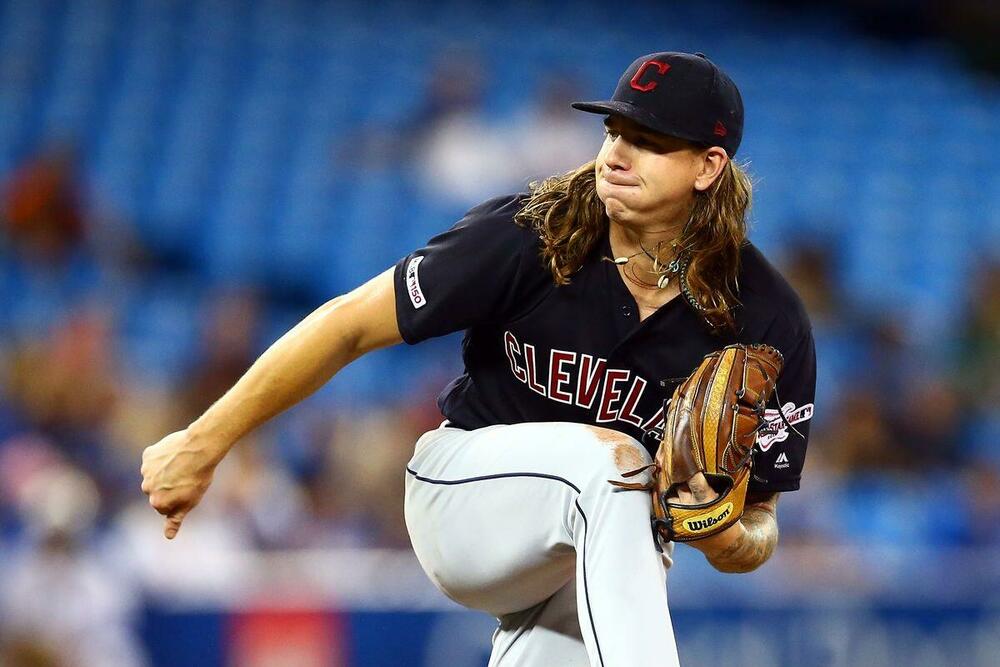 Clevinger tossed a gem Thursday, limiting the Tigers to 4 hits over 8 shutout innings, while striking out 10. He was masterful in this one throwing first pitch strikes to 22 or 27 batters and inducing a whooping 24 swinging strikes. He has missed some time due to injuries this year but when he has been healthy has been about as good they get, racking up strikeouts at a prolific rate (13.04 K/9) while inducing groundballs at a 44% clip and limiting flyballs (29%). His 15% swinging strike rate would be 2nd in the AL if he were qualified, and his 10-2 record coupled with his elite K rate and 2.72 ERA will be key in helping Cleveland secure a playoff spot down the stretch.

Brown went 4 for 5 with a double, 3 runs scored and 2 RBIs. Brown earned the promotion earlier this week when Stephen Piscotty was placed on the IL thanks to a strong .986 OPS fueled by 29 double and 37 home runs. In addition, he completed the rare feat of 100+ runs scored (101) and RBIs (104) in just 112 games. Brown had a down power year last year at AA hitting just 14 home runs but bashed 30 at A+ the year before so there is reason to believe the power is legit. The slugger whiffed in 25% of his PAs at AAA this year, while walking just 7% of the time - so this will be something to keep an eye on. Brown is already 26, so will need a good showing if he wants to contend for a roster spot in 2020.

Soler went 1 for 5 with 3 RBIs and his 37th home run of the season. The career year continues, as Soler's .875 OPS has happened in part thanks to his vastly improved 70% contact rate, the highest mark of his career since he hit .292 as a Rookie in 2014. His 26% K rate is easy to digest, especially when he is walking at an 11% clip and is sporting an ISO (.278) and slg% (.532) that put him near the top of the league. Of note is that Soler was hitting second again Thursday, after primarily hitting 4th-6th for most of the season. This has the potential to limit RBIs opportunities but may allow him to see an extra at bat each game; and makes sense as he is the most feared bat on the Royals roster. He is 4 RBIs away from his first 100 RBI season and has been an iron man for the Royals playing in all 135 games for the team.

Toro reached base 4 times Thursday going 1-2 with 3 walks, 2 runs scored and his first career home run. Toro has picked up regular starts since his callup but hadn't done much (4-19, 3 runs scored) so it was nice to see him produce the big day. Toro has produced double-digit home runs each of the past 3 seasons in minor leagues while demonstrating good plate discipline which included posting a ridiculous .424/.505/.606 line over 16 AAA games this season before his callup, which included a 10:5 BB:K ratio. The home run was good to see considering he had put 68% of the balls he has hit on the ground, and he looks to be yet another strong addition from the farm system that will see meaningful at bats for the Astros both this season and next.

Abreu went 4-5 with 2 doubles. After a down season last year that saw him hit .265, Abreu has rebounded to post a solid .284/.323/.503 line and ranks second in the AL with 103 RBIs - his 5th season of 6 MLB seasons with 100+ driven in. While his strikeout rate is at a career of 21% and he is walking at a career low clip of 4% you would be hard pressed to find a more consistent player over the past 6 seasons as the slugger has 25+ home runs and 100+ RBIs in 5 of his 6 seasons as well. His end of the season stat lines aren't as gaudy as other sluggers, but he is a nice reliable corner infielder and appears to have survived the White Sox rebuild - and could be in for a big 2020 with a nice core of young players around him.