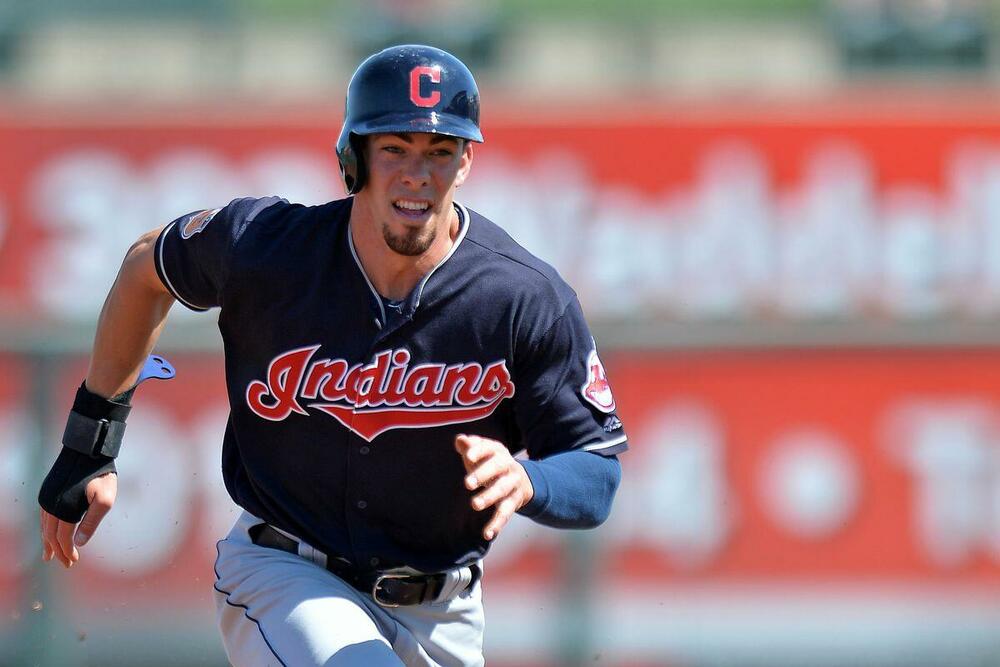 Bradley Zimmer, CLE - Injuries and ineffectiveness have combined to result in the former top prospect falling off the map in recent years, but maybe he's back? Zimmer once had a 15 HR / 38 SB season in the minors (2016), but the results at the big-league level in 2017-2019 haven't been good - .230/.293/.239 with a 32.6% K%. Zimmer is returning from a shoulder injury that cost him 18 months, but he's healthy now and the results are there. After reportedly going 8-for-16 with three home runs in intrasquad action through July 16, Zimmer made the 30-man roster and is off to a nice start. Tuesday he went 2-for-4 with his first home run in Game 1 of a doubleheader to lift him to .333/.417/.667. The obvious question going forward centers around playing time. The hot start probably results in a the Indians going with Oscar Mercado, Franmil Reyes, Domingo Santana, and Zimmer between the outfield and DH, but they also have Delino DeShields (COVID-19) and Tyler Naquin (foot) returning at some point. None of those will remind Indians fans of Tris Speaker or Albert Belle, so Zimmer may very well play himself into an everyday role if he hasn't already.

Dylan Cease, CHW - First the White Sox had to deal with Michael Kopech opting out of the season after they waited all year for him to be back from Tommy John surgery. Now one of their other young, promising pitchers had a disastrous first start. Tuesday, Cease lasted just 2 1/3 innings against the Indians, allowing four runs on seven hits, with two of those being home runs. The home run by Francisco Lindor came on a 97.2 mph fastball, so the velocity was certainly there, though the location was not. Cease generated a decent 11 percent swinging strike rate in his rookie season, but poor BB% (10.7) and home run (1.85 HR/9) rates led to a 5.79 ERA. If he can figure out where to put the ball, the upside is obvious, though at some point, the White Sox could get frustrated enough to try him in the bullpen.

Byron Buxton, MIN - Buxton made his 2020 debut Tuesday after missing three games due to a foot injury that seemed a bit worse at the time. The oft-injured center fielder has played in more than 92 games just once (2017) in his four full seasons, and obviously won't do so again this year. Clearly much more was expected from the #1 overall pick who owns a career .237/.292/.414 slash. He has averaged 16 home runs and 25 steals per 525 career at-bats (to approximate a full season), so there's certainly value in his counting stats when he's healthy. A poor 29.8% K% has served to hold his BA down, though he did improve to 23.1% last year and at 26, his prime years remain ahead of him. Whether that begins this year is obviously unknown, but Buxton remains an intriguing lottery ticket.

Andrew Benintendi, BOS - Benintendi acted as the team's leadoff man for three of the first four games, but that didn't last long, as after going 1-for-14 with six strikeouts, Benintendi was moved to the nine spot on Tuesday with Jose Peraza moving to the top. Benintendi took a step back in year three last season, losing 57 points of OPS in hitting .266/.343/.431. From August 1 on, Benintendi was even worse, hitting just .230/.310/.365, so we can't even say that he finished strong. On the surface, it appears the league has adjusted to him, but can he adjust back? So far, not so much, though it's obviously early.

J.P. Crawford, SEA - There isn't an obvious guy breathing down his neck, but after hitting .226/.313/.371 last season, Crawford's 4-for-12 start is a welcome sight. Of his four hits, three have been for extra bases, and his 1:5 K:BB is obviously excellent. At 25, Crawford has yet to live up to his lofty prospect status (.224/.326/.375 over parts of four seasons). He's a good defender with a good eye at the plate and some power who has above average speed, though whether he can hit consistently at the top level remains to be seen. For now though, enjoy the ride.