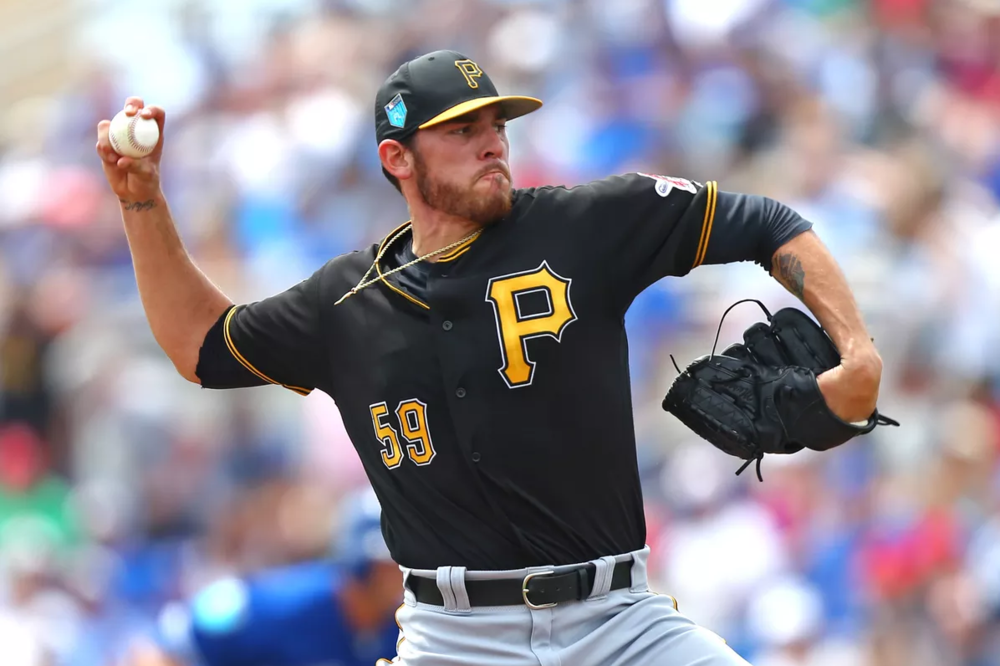 Joe Musgrove (SP - SD) - One player we've taken a pretty big stand on this year is Joe Musgrove, SP40 by ADP but SP29 by our rankings. I would encourage you to get on board with this for so many reasons. An easy one is that going from a bottom-5 offense to a top-5 offense will help that meager win total from his Pittsburgh days. That's a virtual certainty. More importantly, his pitch mix changed last year as he subtracted 10% usage from his fastball (historically his worst pitch) and added 12.5% to his two breaking pitches (historically his two best offerings). That helped him improve his swinging strike rate from above average to excellent (12 to 14.4), and his exit velo allowed dropped into the elite range as well. With more breaking pitches come more walks typically, and we did see that a bit, but he only walked 5 in his last 5 starts. I really do think that he'll be a top-30 arm this year. After the top 24 names, only Charlie Morton and possibly Jesus Luzardo would have me more enthused as an SP3.

Jake McGee (RP - SF) - I'm really sort of surprised that McGee hasn't been among the top 25 RP by ADP this spring. Has everyone just forgotten what he is capable of doing outside of Colorado? His velo in last year's 20 G with the Dodgers was his highest since 2014, and in every full non-Colorado season McGee has struck out 10.77 per 9 or more with only 1 year posting a WHIP over 0.94. Throw in the fact that he's the likely closer in SF, and I feel like he's much more of a sure thing than guys like Soria and Holland that are going well ahead of him. I'd go so far as to say that he's my favorite RP outside of the top-12.

C.J. Cron (1B - COL) - Cron's ADP has continued to rise as spring training comes to an end, but I still feel like he's a great value. Coors Field is a 20-30% booster to offensive stats, and Cron is a 25-30 HR bat to begin with. Throwing out last season's 13 G sample, his 2019 exit velo jumped significantly into the elite range, and he did that while improving his contact rate, pulling the ball less, and lowering his launch angle a bit. Normally those aren't positives for a power bat, but his LA was quite high to begin with so this a move toward a more optimal angle, and since he has enough power to hit the ball out to all fields, pulling the ball a bit less should only aid the AVG. I think Cron could easily be a top-12 player at the position this season, and I absolutely prefer him to players like Miguel Sano and Max Muncy.

Jonathan India (2B - CIN) - Another example of a player who changed a club's decision-making with a hot spring, India is a much better bet to stick longer-term that Kyle Isbel. India battled through 120 G in 2019 split between A and AA despite some wrist issues, and the thought is that perhaps we didn't see him anywhere near his best that season. When healthy, he shows excellent contact ability combined with average power and speed. At 3B, he probably wouldn't ne worth a look, but he is going to open the year as Cincy's starting 2B.....that immediately makes him a viable waiver pickup with the relative weakness at the position. He also projects to be an OBP-league darling, as his BB rates have been above 10% at every level he's played. I believe that he should be valued just outside the top-15 at 2B already, making him a lower-end option as a MI in 12-team leagues already, and I think there's quite a bit of upside here. Something like .260 with 15 HR and 10 SB would be a reasonable expectation, and that's a lineup that should be above average as well to help the counting stats.

Tommy Pham (OF - SD) - Pham has had so many issues with his eyes over the years, it's honestly amazing how well he has hit despite them. It took him a while to get some new lenses this spring, so the statline doesn't look great overall, but he was 13-33 with a pair of homers since finally getting the right set. He should be playing every day in a loaded lineup, and I fully expect him to perform more like his 2017-19 seasons than last year's 30-game sample. We have him just inside the top-25 among OF, a full 10 slots higher than his ADP at the moment, and that projection does indeed assume that he runs less than he has in the past. I really like him for 2020 in that loaded offense, and I also like him on Thursday's slate against the left-handed MadBum: Pham is just $3100 and has a hard contact rate of close to 50% against LHP.