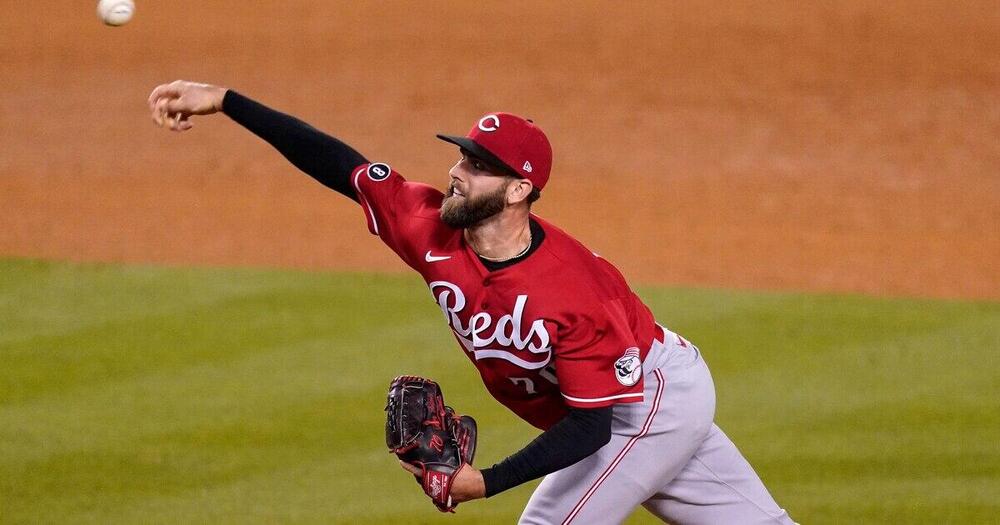 -More struggles for Amir Garrett in ninth inning this week and Lucas Sims also hit a speed bump of his own, leaving the door open for Sean Doolittle to convert his first save since 2019. Doolittle has been far from perfect himself, so this bullpen is far from settled, but it seems like Lucas Sims and Sean Doolittle may be in line to split the duties in the short-term. Update: Sims relieved Carson Fulmer in the 9th inning on Friday with a 4-run lead and two runners on base, but he failed to close out the game after he allowed a wild pitch, sacrifice fly and three walks. See the "Up and Comer" section below to read up on Tejay Antone, the player who did get the save for the Reds on Friday.

-It's been a rough few weeks for Alex Colome and Rocco Baldelli finally made the decision that Alec Colome will no longer work in high leverage situations until further notice. On the season, Colome has 3 blown saves across 9 appearances with a 10:5 strikeout-to-walk ratio. For now, Taylor Rogers moves to the top of the Minnesota closing pecking order. He's been extremely efficient this season, averaging just 16 pitches per appearance with an impressive 31% strikeout rate and 3% walk rate.

-Josh Staumont has recorded the last three saves for the Royals. Staumont was one of our favorite names heading into the season and it certainly seems like Greg Holland has fallen out of favor with Mike Matheny. Staumont has managed to cut this walk rate by 4% this season, but his strikeout rate has also fallen to 25%, primarily because his swinging strike rate has regressed back to 9%, erasing all the gains he made from 2019 to 2020. His barrel rate allowed is also up to 10%, so while the results haven't shown it, there is some luck baked in right now. He's the best (and probably only) arm to own for saves in Kansas City right now, but realize his profile has bounced around a bit over the last few season samples.

-Lou Trivino has recorded the last two saves for Oakland and has four on the season. It feels a little like a pinball game in Oakland, but Trivino does seem like the primary closer - maybe not de facto - but definitely the main guy to own. Jake Diekman may mix or match here and there, but this is Trivino's job to lose.

-Daniel Bard blew his second save of the season this week and definitely seems to have lost some of the magic he discovered in 2020. Walks and home runs, albeit not huge numbers in total, have been hjis downfall so far. Nonetheless, those are the two outcomes that are most dangerous in Coors Field. Meanwhile, former Orioles closer Mychal Givens has been pitching well for Colorado and is a decent speculative add for fantasy owners desperate for future save opportunities.

-Tyler Rogers, not Jake McGee, got tapped for the Giants save last Sunday. McGee has been giving up quite a few hits recently, including home runs in 3 of his last 4 appearances, despite continuing to strike opposing batters out at a healthy 34% rate. McGee pitched the previous Thursday and Friday, so giving him both Saturday and Sunday was manager Gabe Kapler's way of helping his closer clear his head. While McGee profiles more as a prototypical closer, Roger tends to be more of a mitigator than a dominator - inducing heavy ground balls and weak contact rather than strikeouts. This is still McGee's job, but it' a situation to monitor.

-The Cubs designated Brandon Workman for assignment after being considered one of the better handcuffs going into the year working ahead of then-shaky closer Craig Kimbrel. Unfortunately, walks led to Workman's demise.

-Arizona activated Chris Devenski from the restricted list on Thursday and he could work his way back into high leverage situations, although Stefan Crichton has settled down (a little) in the closing role lately.

-Jordan Romano bounced back from a rough first outing off the injured list on Saturday with a clear inning on Wednesday. Rafael Dolis got the save chance and converted it on Sunday, so a committee isn't out of the picture here, but Romano should still rise to the top. He might be able to be acquired for a discount right now given the uncertainty.

Tejay Antone (CIN) - Making the transition from mid-level starting pitcher in the minor leagues to a bullpen arm in the major leagues has seemingly done wonders for Tejay Antone. Antone features a devastating combination of a 97 MPH fastball with an 84 MPH slider and 80 MPH curveball, the latter two being both exceptionally hard to make contact with and when they do, they're primarily hit as groundballs. Most recently, Antone came in to relieve Lucas Sims in the 9th inning against the Cubs on Friday after Sims walked 3 batters in relief of Carson Fulmer, effectively creating a save situation. Antone was able to get the final out for his first career save. Given the struggles in the back end of the reds bullpen, it's not out of the question that Antone could see higher leverage situations in the near future.