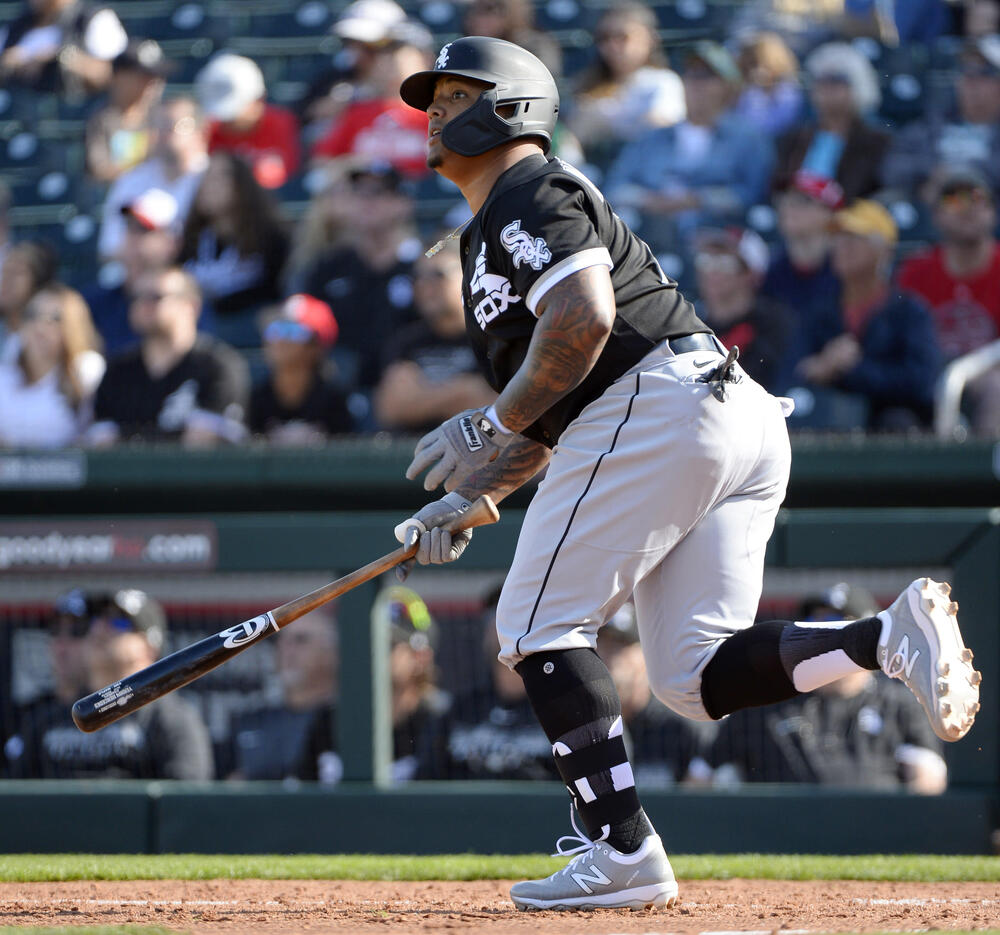 Mercedes went 1-3 Friday night. Mercedes has been one of the best stories in 2021 and is the early favorite for AL Rookie of the Year. Mercedes is a bit of a late bloomer as he made his debut last year picking up 1 at bat and is in his age 28 season but that has not stopped him from producing a massive .423/.464/.679 line with 5 Home runs and 16 RBIs. While Mercedes put up decent minor league numbers and showed good power and plate discipline his MLB numbers are just flat out impressive. The big batting average is fueled by a .452 babip that surely won't last, but he has such a high contact rate (85%) and just a 7.5% swinging strike rate that he is seemingly always putting the ball in play. He still walks at a decent clip (7%) while limiting Ks (13%) and has 10 extra base hits in 21 games despite just a 29% hard hit rate. When he does get ahold of one it flies though - his average HR distance of 444 feet is 3rd in the MLB and he is the owner of the leagues longest HR this season (488 feet). Mercedes is continuing to reward anyone who added him after his torrid start .

Garcia went 0-2 but scored a run Friday. Garcia has just a .254 average but has provided big time power for the Rangers posting a .549 slg% with 5 HR in 28 games. Garcia received a handful of at bat in the bigs in 2018 then again last year, but still has Rookie Status for this year. The power here does seem real as he has multiple .500%+ SLG seasons in the minors, while posting a batting average around .250. He has never walked much even in the minor leagues and has posted big time strike out numbers - and that is the case so far in 2021 as he has a 4.5% walk rate and 32.8% K rate - very inline with his minor league numbers. He has a decent 35% hard hit rate, but has a nice 7% soft contact rate hit so he is making mostly good contact every time up. Garcia also has double digit steal potential but so far has 1 stolen base in 4 tries. There will come a point where a 32% K rate won't cut it but for now Garcia can provide some fantasy pop.

Madrigal went 1-3 with a double Friday. Madrigal has been exactly as advertised so far. He has hit for a .319 average, gotten on base at a .375 clip and has delivered a maybe higher then expected .417 slg % to open the season as he has 3 doubles and 2 triples while leading all AL Rookies in runs scored with 15. You would be hard pressed to find someone with better bat to ball skills as the Rookie has a 96% contact rate including a 89% contact rate on pitches outside the zone and a miniscule 1.7% swinging strike rate. Granted his free swinging and solid contact ways wont lead to a ton of walks (6%) but you are rarely going to see a lot of contact here and he has the speed to beat out a good chunk of the 67% of ball he puts on the groundball - he already has 5 infield singles this year. Madrigal should be a year in year out .300 hitter and approach 100 runs scored. If he can be active on the basepaths and reach doubles digits theres even more to like here.

Arozarena got the night of Friday. Arozarena has served fantasy owners well so far slashing .287/.343/.426 with 3 home runs and 2 stolen bases - and while this is a solid line it is a bit of a disappointment for last years late season star. With a 127 wrc+ he is still posting well above league average numbers, but no one really expected him to hit home runs at the torrid pace he did last year. It will be interesting as the season progresses to see him normalize his numbers as his .429 babip won't last so I would expect a batting average decline. A 34% K rate and 18% swinging strike rate are reasons to worry but the appeal here is that he has the potential to go on a weeklong tear - it just hasn't happened yet.

Whitlock has been phenomenal pitching out of the Red Sox bullpen this year throwing 13.1 shutout innings with 18 strikeouts and just 2 walks. He has been almost unhittable with a .130 batting average against and generates mostly groundballs (60.7%) when batters put the ball in play. Whitlock utilizes a 4-pitch mix consisting of a 95.2 mph sinker, a changeup, 4-seam fastball and an 80mph slider. The sinker and changeup get most of the work accounting for nearly 90% of his pitches but he has not given up a hit thus far on any of his secondary pitches. Whitlock worked mostly as a starter in the minor leagues, posting a 3.07 ERA in AA in 2019 but with a lower K rate (7 K/9) so it will be interesting to see how Boston uses him as the season progresses. 5 of his 6 appearances so far have been 2 innings or greater so they may be in the process of stretching him out while having him face MLB batters.