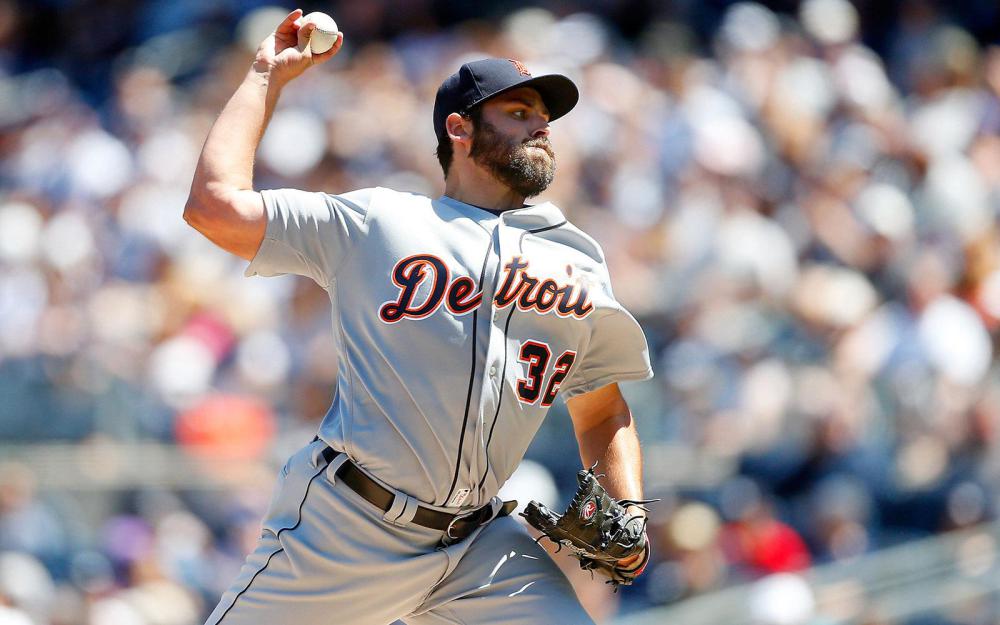 Randy Arozarena- OF- TB- Stats- Arozarena went 3-for-5 with his first homer of the season. He is now hitting .333 for the season, but there are some concerning things below that number in the early going. With a strikeout yesterday, Arozarena has a K% of 34.4% and he has only drawn 1 walk for a BB% of 3.1%. The homer was his only fly ball yesterday. One single was an infield hit and the other was a grounder to the outfield. Coming into the game Arozarena has a GB% of 73.3% and FB% of 0.0%. It appears that he has been pounding everything into the ground. That would explain his launch angle of -7.4%. Those are not typos. It's only a BABIP of .500 that has kept Arozarena contributing. This performance is pretty much a continuance of what he did in the Grapefruit League. This is a small sample size, but that kind of extreme performance needs to turn around quickly or Arozarena's value will plummet.

Michael Fulmer- P- DET- Rise Value- Fulmer is taking over the rotation spot of the injured Julio Teheran. He threw 4 IP in relief Friday night, after Teheran was a late scratch and Derek Holland pitched 2.2 innings in an emergency start. Fulmer allowed a run on 2 hits and struck out 5. Fulmer had Tommy John surgery in 2019 and the early returns look good. In 3 appearances out of the Tigers' bullpen this season he has pitched 7 innings and allowed 2 runs on 4 hits and recorded 10 strikeouts. Fulmer hasn't issued a walk this season and has thrown 75 of 122 pitches for strikes. Both of the runs allowed came on solo homers. The signs look good early that Fulmer is approaching his per-injury form and could get back to the level he enjoyed in 2016, when he was AL Rookie of the Year, and in 2017 as an All Star.

Gleyber Torres- SS- NYY- Cold- Torres went hitless for the first time this season yesterday, going 0-for-4. That's not to say he cooled off because he's been pretty cold already in the young season. Torres only collected one hit in each of his first 7 games and only one of them (a double) went for extra bases. His average sits at .219 and he has not been hindered by unusually bad luck, Torres has a .304 BABIP that is above his career mark. What is noticeable is that his HardHit% has dropped from 38.0% last season to 31.6% in 2021. Torres has seen his FB% actually increase to 42.1%, a level he was at when he put up solid power numbers in 2018 and 2019. This is an indicator that his power may be on the way. In last season's short schedule, Torres only had a 3.7% Barrel%. Before yesterday's game he had collected 2 Barrels in 19 batted balls, for a 10.5% mark. It's a super small sample size but that compare favorably with the 9.2% and 9.4% he posted in 2018 and 2019, respectively. Torres has an EV of 85.8, below his 88.9 career average. Looking at the maximum exit velocities on a per game basis it looks like Torres is still capable of consistent bat speed and that low percentage is from the limited sample size. Overall, the odds are good for homers to come.

Nelson Cruz- DH- MIN- Great Player- Versatility might not be something you look at Cruz for, but if you have a Utility/DH slot he continues to provide production. He hit his 4th homer of the season yesterday, adding a run and 2RBI as well. Cruz has exhibited excellent plate discipline in the young season, collecting just one more Ks than HRs do far. He has enjoyed some good luck, with a .438 BABIP contributing to a .458 average, but even as that starts to fall he will help. Before yesterday his Statcast numbers showed Cruz with a Barrel% of 35.3% and HardHit% of 70.6%. Those levels aren't sustainable but he is still an elite bat. His Exit Velocity of 97.9 makes it a lot easier for fly balls to leave the yard.