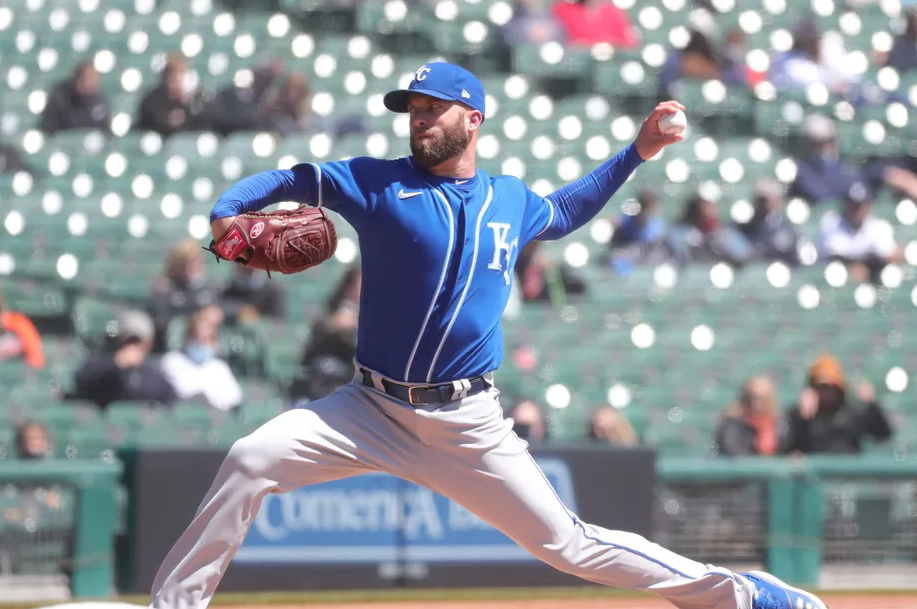 Danny Duffy, Kansas City Royals - Danny Duffy turned in another excellent start with no earned runs over five innings against the Tigers. He allowed just four hits in the game, no walks, and struck out eight batters. His hard-hit rate has left a little to be desired this year, but he allowed only three balls that registered as hard-hit in this outing. His fastball was extremely effective in this outing with 10 whiffs on 20 swings, and his overall CSW was a solid 35%. He generated 18 whiffs overall with whiff rates of 50% on both the fastball and curveball, along with a 44% whiff rate on his changeup. His overall line now is a 0.39 ERA over 23 innings with 27 strikeouts, it's worth adding him at this point to see where the ride continues too.

Franmil Reyes, Cleveland Indians - Franmil Reyes had a combo meal on Sunday with his fifth homer and first stolen base of the season. His triple slash is sitting at .286/.320/.614 with a .934 OPS. Reyes is crushing the ball again this year with a 94th percentile hard-hit rate, but the strikeout rate and chase rate are both among the lower totals in all of baseball. His strikeout rate is the highest of his career at 32.4% and his usually solid walk rate has tanked down to 4.2% so far in 2021. All that has been offset though be how ridiculously good his contact has been so far this season. There's some concern here, but hitting the ball hard can sure cover some flaws.

Austin Hays, Baltimore Orioles - Austin Hays hit his first homers of the year with two homers on Sunday. This makes two multi-hit games in a row for the outfielder and it's helped to push his average up to .267 with a .500 slugging. His hard-hit rate is up early on in the season compared to his 2020 season, but his strikeout rate is up to 33% early on. His strikeout rates in each of the last two seasons were 17.3% and 18.7%, but this year he's whiffing on significantly more fastball and off-speed pitches. Hays recently has come of the IL from a hamstring injury and is back in his everyday role for the Orioles.

Whit Merrifield, Kansas City Royals - Whit Merrifield went 2-5 at the plate on Sunday with a pair of stolen bases. Merrifield is up to eight stolen bases on the season to go with three homers and a .284/.322/.444 triple slash line. Despite him having a 16th percentile hard-hit rate, he's still running a 90th percentile expected batting average and a 65th percentile xSLG. He's shaved his strikeout rate once again and it's now at just 9.4%, marking the second straight season he's cut into that mark.

Eduardo Rodriguez, Boston Red Sox - Eduardo Rodriguez struck out eight batters over seven innings while allowing three runs. Rodriguez posted a 32% CSW but was hit hard with nine balls registering over 95 MPH. This was Rodriguez's highest strikeout total of the season and his seven innings was also the highest inning total that he's thrown this season. After missing all of 2020 due to a heart condition brought on by COVID-19, and he's off to a great start in 2021 with a 4-0 record with a 3.52 ERA and more than a strikeout per innings.