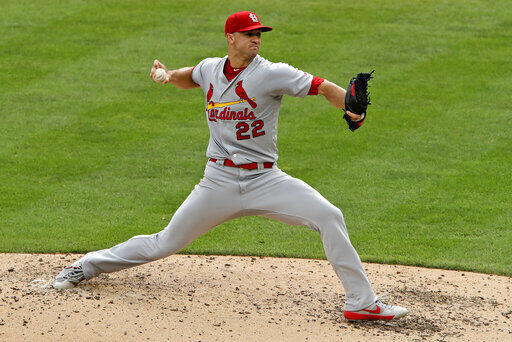 Fernando Tatis Jr. paced the Padres' 8-7 win over the Dodgers on Sunday, going 2-for-4 with a solo homer, four runs scored, two steals and two walks from the leadoff spot. Tatis tattooed his fifth home run of the series against Los Angeles after blasting a pair of homers on both Friday and Saturday. He also doubled his stolen base total with a pair of thefts, giving him seven homers and four steals alongside his .970 OPS. Tatis hadn't done much at the plate before this series, but he showed why he's a superstar by excelling in all facets of the game. Tatis has now hit safely in six consecutive games and seems to have put his slow start behind him, making him an absolute must-start in all fantasy formats.

Madison Bumgarner tossed a no-hitter during the second game of Sunday's doubleheader against the Braves, fanning seven over seven shutout innings. Bumgarner was basically perfect in this one, as he didn't allow any hits or walks, and the only Braves batter to reach base did so on an error. Bumgarner commanded the strike zone as well, throwing 73 of his 98 pitches for strikes. It was a reminder of the pitcher Bumgarner used to be in his prime, but at 31 his career seems to be on the downswing. After posting a 3.90 ERA in his final season with the Giants, he's struggled since joining the D-backs prior to 2020. Trading the pitching-friendly environment for Chase Field, which often ranks as one of the best parks for hitters in baseball, certainly hasn't helped, either. The former World Series hero had allowed an MLB-high 18 earned runs in 18 2/3 innings prior to Sunday's gem, so hopefully it gets him going in the right direction. He'll look to build on it in his next start vs. the hapless Rockies at home.

Jack Flaherty continued to roll on Sunday, firing seven innings of one-run ball against the Reds to earn his fourth consecutive win. Flaherty brought his A game against Cincy, blanking the Reds for six innings before allowing a solo shot in the seventh. Overall, he yielded just three hits and no walks while striking out six. Flaherty has now allowed just four earned runs in 24 innings over his last four starts, lowering his ERA to 3.18 in the process. The seven innings on Sunday marked his season high, while the long ball was the first one he'd allowed since Opening Day. Coming off a down 2020 in which his ERA ballooned to 4.91, Flaherty has re-established himself as one of the National League's top pitchers and is a must-start every time he toes the rubber. He'll be a top fantasy option when he faces a mediocre Pirates squad at PNC Park in his next start.

Bryce Harper hammered a pair of solo homers on Sunday, going 2-for-4 against the Rockies at Coors Field. Harper took Jon Gray deep in each of his first two at-bats, but unfortunately for Harper nobody was on base either time. Those proved to be the only runs Philadelphia could muster, however, as the Phillies promptly imploded in the middle innings and lost, 12-2. While Philadelphia's been underwhelming thus far at 10-11, Harper's having a strong season with six home runs, 17 runs, and 16 walks. He's also batting a robust .338 with a 1.132 OPS, with five multi-hit games in his last seven. Harper's no stranger to hot starts, only to inevitably cool off, so we'll see if the 28-year-old can maintain this MVP level of play for the whole season like he did in 2015.

Trevor Story helped ignite Colorado's 12-2 shellacking of the Phillies on Sunday, going 2-for-4 with a grand slam, two runs scored and a walk. After Philadelphia jumped out to a 2-0 lead, Colorado turned the tide with a seventh-run fourth inning, which was keyed by Story's grand slam. While the long ball was only Story's second of the season, both have come in the last three games as he seems to be finding his power stroke. He's now hit safely in seven straight games with five extra-base hits during that stretch, lifting his average to .299 in the process. With Story settling in, fantasy owners can look forward to another productive season from one of the game's best-hitting shortstops.