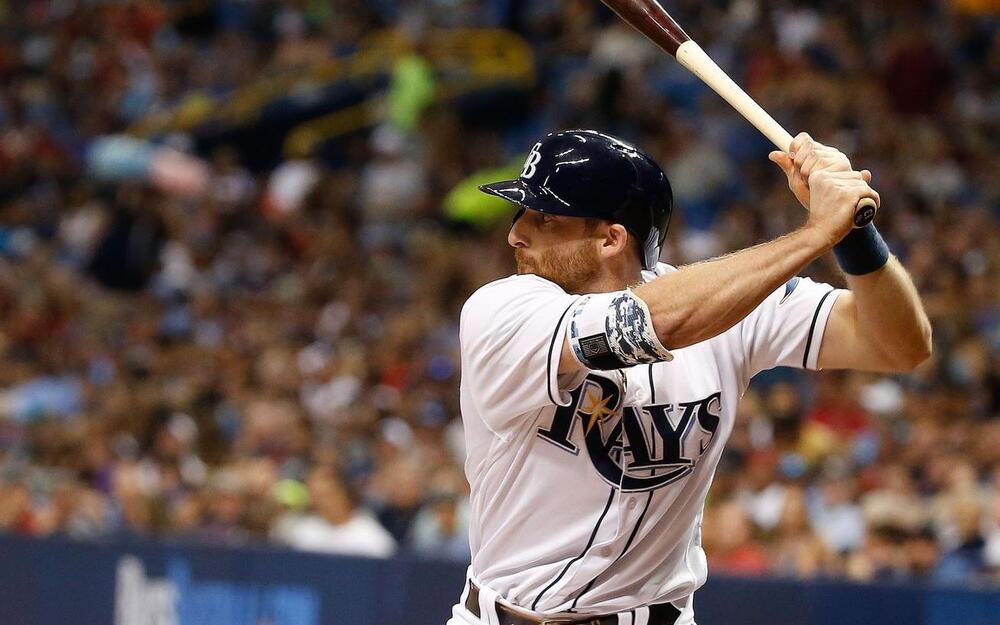 Brad Miller, IF, OF, PHI

Miller joined the Phillies starting lineup on Thursday for just the 2nd time since June 23, and he made it count, going 3-5 with 3 HR's and 5 RBI in a blowout win over the Cubs. The monster performance came seemingly out of nowhere, as Miller has mostly been relegated to pinch-hitting duties this season, and only had 6 HR's all season prior to Thursday, the most recent of which came over a month ago. Dating back to May 25, Miller had hit just .133 with a .217 SLG across 72 PA's. But the truth is, Miller has been hitting the ball hard all year, with a 92.4 EV and a 49.4% HardHit%. If he were given a chance to play regularly, he could probably hit a decent amount of HR's. After all, he hit 30 HR's for the Rays in 2016, and since the start of 2019, he has hit 29 HR's in just 511 PA's. But alas, one big game is probably not going to alter how the Phillies use him going forward, and if that's the case, he just isn't playing enough to be usable.

Alzolay allowed 4 ER's on 5 hits in 5 IP against the Phillies on Thursday, striking out 5 and walking 1 in the ballgame. After a strong start to the season, Alzolay has struggled recently, posting a 7.15 ERA and 1.50 WHIP over his last 5 starts. He has struck out 23 in 22.2 IP during that time, but he has also walked 11 and allowed 7 HR's during that stretch. The walks are something to keep an eye on as he had struggled with that coming into the year and had been doing a lot better earlier in the season. It's worth noting that he has only walked one batter in 3 of those last 5 starts. For the season, Alzolay's ERA has risen to 4.66, but his xFIP is still a very solid 3.72, and he has mostly been hurt by a 25.4% HR/FB%. If a few more of those balls stay in the yard, Alzolay should be able to bounce back from his recent down period.

Eflin tossed 6 shutout innings against the Cubs on Thursday, striking out 5 while allowing 5 hits and 1 BB. After a 7-start stretch in which he posted a 5.59 ERA and 1.45 WHIP, Eflin has now had 3 good starts in a row in which he has compiled a 1.50 ERA and 0.94 WHIP over 18 IP. The ironic thing is that the underlying stats indicate that he was actually pitching better during his rough stretch. Over the course of those 7 starts, he had an excellent 3.42 xFIP and 41:7 K:BB across 38.2 IP. Meanwhile, he only has 11 K's in 18 IP over his last 3 starts. But while he hasn't been striking out batters at an exceptional rate, he has done a good job of limiting walks and hard contact. For the season, Eflin has a 3.88 ERA and 3.61 xFIP, while his 1.24 BB/9 ranks 2nd in MLB to Jacob deGrom.

Fairchild made his 1st career start for the Diamondbacks on Thursday, starting in CF and going 0-3 with a K. He had already made two appearances as a pinch-hitter and pinch-runner, recording a hit and 2 runs scored, but this was his first time making his way to the starting lineup. Fairchild has had very good contact rates in the minors the past couple of seasons, and he started to show some pop this year with 6 HR's in 17 games at AAA. It remains to be seen how much playing time he will get in an outfield that already includes David Peralta, Josh Reddick, Pavin Smith, and Josh Rojas (although the latter two have spent some time in the infield as well), but he figures to get a least a decent share of action against lefties considering that all four of the aforementioned players bat left-handed.

Urias picked up his league-leading 11th win against the Marlins on Thursday, allowing 1 ER on 5 hits and 2 BB's in 7 IP, while striking out 9. There have been a few poor starts here and there from Urias this season, but there's been a lot more good than bad, and he currently owns a solid 3.64 ERA (3.47 xFIP) and 1.06 WHIP through 18 starts. His 10.07 K/9 and 1.95 BB/9 would both be career bests (not including 2018 when he only pitched only 4 innings), as would be his 31.3% CSW%. One big key for Urias's success this season is getting ahead of hitters; he currently has a first-pitch strike% of 71.8%, whereas his previous career-best was 62.8%. Urias is already at a career-high in IP with 106.1, and has now gone 7 IP on 5 occasions, something he had never done even once prior to this season. Ideally, the Dodgers would probably like to take it easy on Urias and lessen his workload, but they may not have the luxury of doing so now with Clayton Kershaw on the IL and Trevor Bauer out indefinitely.