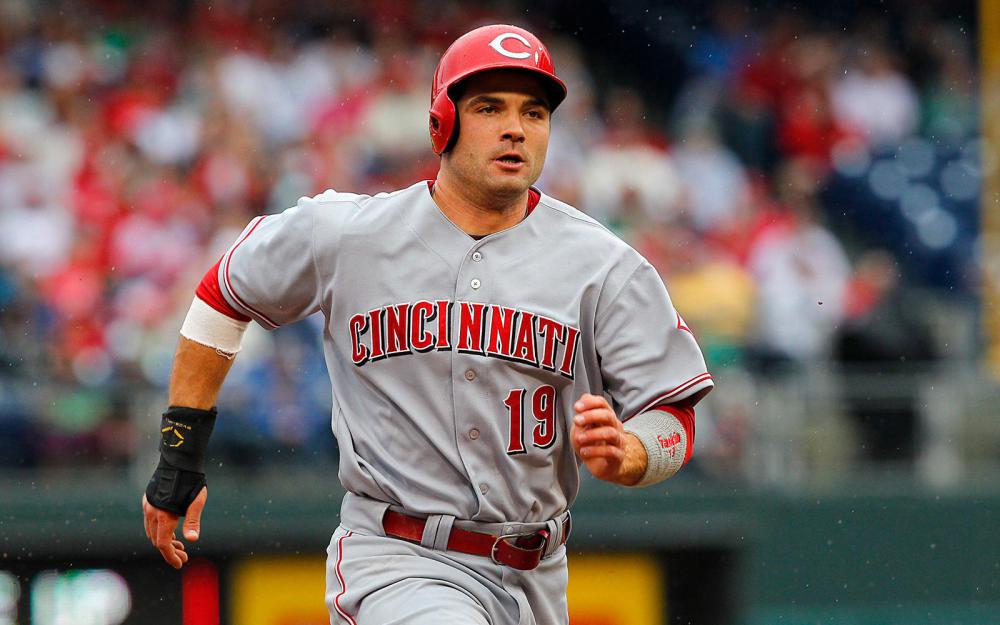 Joey Votto powered the Reds to an 8-2 victory over the Cubs on Wednesday, going 2-for-3 with two homers, three RBIs, and two walks. Votto continued to tee off on Chicago pitching, blasting multiple homers for the second game in a row. Votto has now homered in five straight games and is absolutely dialed in at the plate right now. Over his last nine games, he's 15-for-32 with eight homers, two doubles, and 16 RBIs, raising his OPS from .789 to .921 in the process. Votto has historically had a penchant for big second halves after slow starts, and that seems to be true again this year. The 37-year-old first baseman is now up to 19 dingers and 56 RBIs on the season, putting him one long ball shy of his ninth career 20-homer season and first since 2017.

Madison Bumgarner earned his fifth win of the season on Wednesday after spinning seven innings of two-run ball against the Rangers, allowing just four hits and one walk while striking out four. The veteran southpaw was able to capitalize on this friendly road matchup against a terrible Texas team, as he needed just 84 pitches (61 strikes) to match his season high for innings. While the victory was his first since May 11, Bumgarner has been excellent in his first three starts of the second half thus far with just four earned runs in 18 innings. While his overall stats (5-6, 4.87 ERA) still aren't pretty, he's trending in the right direction and is worth a spot in fantasy rotations. He'll look to keep his hot streak alive when he faces the hard-hitting Giants at home next week.

Walker Buehler notched his 11th win of the season on Wednesday with seven shutout innings against the Giants. Buehler allowed just three hits and two walks while striking out eight, lowering his ERA to 2.19 in the process. The righty celebrated his 27th birthday with his fourth straight win, improving his record to 11-1 with his third consecutive start of at least seven innings. After dominating San Francisco, Buehler now holds a tremendous 139:31 K/BB ratio as well as a 0.90 WHIP. Buehler is in the midst of the best season of his career and will likely receive Cy Young support come season's end. He'll look to keep it up against the Astros at home in his next start.

Austin Riley continued his recent hot streak by going 1-for-4 with a solo homer against the Mets on Wednesday. While he also struck out twice, Riley's sixth-inning solo shot off Tylor Megill proved to be Atlanta's only run in its 2-1 loss to New York. The homer was Riley's 20th of the year and extended his hitting streak to seven games. Riley has mashed eight extra-base hits during that stretch, five of which have left the yard. After a pair of underwhelming campaigns to begin his career, the 24-year-old has emerged as one of the NL's best hitters at the hot corner with 20 bombs, 57 RBIs, and an .881 OPS. Improved plate discipline has been a big reason why, as his walk rate has nearly doubled from 2019 while his strikeout rate has been cut by one third.

Jesus Aguilar went 2-for-4 with a double, a homer, three runs, and three RBIs against the Orioles on Wednesday. Aguilar helped stake Miami to a 5-0 lead with his RBI double in the first inning and two-run homer in the second, but that lead quickly evaporated as Baltimore came back to win, 8-7. The big game extended Aguilar's hitting streak to five and snapped him out of a 5-for-30 stretch over his last eight games which included just one extra-base hit (a double). Despite the recent skid, he still leads the National League with 75 RBIs thanks in part to his strong power numbers (18 homers and 17 doubles). While his .268 average is solid, he's unlikely to maintain his RBI pace for the rest of the season given the weak supporting cast around him, as evidenced by his low runs total (34). Regardless, his power and average make him a solid fantasy contributor.