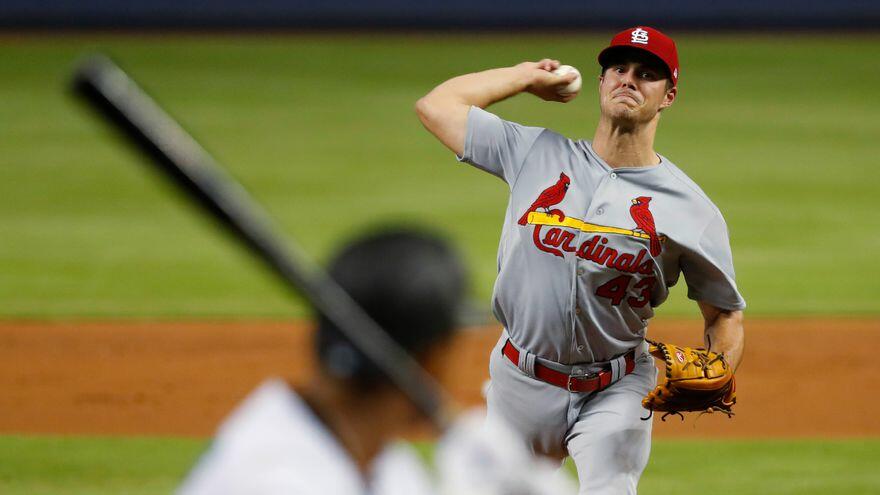 Johnny Cueto earned the win after blanking the Tigers for eight innings on Saturday afternoon, limiting Detroit to five hits and no walks with five strikeouts. Cueto turned in a vintage performance, taking advantage of a juicy home matchup against a Tigers offense that may be the worst in baseball this year. The former eight frames were a season-high for the former All-Star and Cy Young runner-up, whose 101 pitches were his second-most of the year. He looked especially crisp as well with no walks and no home runs allowed after issuing five free passes in his most recent start and surrendering nine homers over his last seven outings. The 36-year-old veteran improved to 3-4 with a 2.91 ERA and continues to provide an unexpected boost for Chicago's rotation. He's now logged three straight quality starts and hasn't allowed more than three earned runs in any of his 11 starts this year, proving to be remarkably consistent despite a mediocre 7.0 K/9. The low strikeout rate limits his fantasy appeal, but he's started to be rewarded for his length with three wins in his last five outings. He draws a much tougher matchup on the road against the hard-hitting Twins in his next start.

Dakota Hudson didn't factor into Saturday's decision against the Phillies despite firing six shutout innings, giving up just two hits and two walks while striking out four. Hudson ended an ugly five-start stretch (7.82 ERA) with one of his best starts of the season, locking into a scoreless pitching duel with Kyle Gibson that wasn't decided until the ninth inning. The strong outing was his first quality start since June 7 and lowered his ERA to an even 4.00 on the season, which is surprisingly good for a pitcher with a 50:41 K/BB ratio in 90 innings. Hudson's limited the damage by giving up just six home runs this year, which is a byproduct of his 54.0% ground-ball rate. His career-worst 44.4% hard-hit rate (per Statcast) suggests that will likely change in the second half, however, especially since the league home run rate historically rises during the summer. Accordingly, fantasy gamers may want to avoid him next week when he faces the potent Dodgers at home.

Marcus Semien powered the Rangers to a 9-7 win over the Twins on Saturday, going 2-for-4 with a triple, a homer, two runs scored, four RBIs, and a walk from the leadoff spot. Semien's big hit was a three-run shot in the bottom of the fourth that erased a 6-3 deficit with one swing of the bat. He later socked a go-ahead triple in the bottom of the eighth that gave Texas the lead for good. Semien has started July on fire with a .294 batting average, three home runs, and seven RBIs in his first eight games of the month, adding seven runs scored and a pair of steals as well. While his overall numbers remain disappointing due to his slow start, Semien is finishing the first half on a high note and could be poised for a big summer in his new hitting-friendly environment.

Framber Valdez took the rare complete-game loss on Saturday after giving up three runs (two earned) on four hits and two walks with three strikeouts in eight innings against the A's. As expected, Valdez had little trouble against one of the worst offenses in baseball, getting 14 of his 24 outs on the ground. Unfortunately for him, however, Houston also scored two runs (both in the second), stiffing him with his fourth loss of the year. Valdez is now 8-4 with a 2.64 ERA, largely thanks to his elite 66.9% ground-ball rate entering the game. He's now logged three straight quality starts (finishing eight frames twice in that stretch) and hasn't allowed more than three earned runs in an outing since his third start of the season, extending his streak to 14 consecutive outings. He's set to face Oakland again at home next week, making him a top fantasy option that day in what will be his final start of the first half.

Kris Bryant continued his torrid July by going 1-for-4 with a solo homer against the Diamondbacks on Saturday. After smashing a double and a pair of homers against Arizona yesterday, Bryant picked up right where he left off by taking Madison Bumgarner deep in his first at-bat of the game. Bryant has now scorched five extra-base hits in his last three games and has hit safely in eight of his last nine, batting .389 with four homers and three doubles during that stretch. While Bryant was expected to get a boost from Coors Field this year, that hasn't really been the case as all four of his long balls have come on the road. He's only played 16 games there in what has been an injury-shortened campaign thus far, so that trend will likely change eventually. Still, it's encouraging to see the former MVP healthy and hitting well again after missing nearly two full months of action, offering hope for a healthy and productive second half.