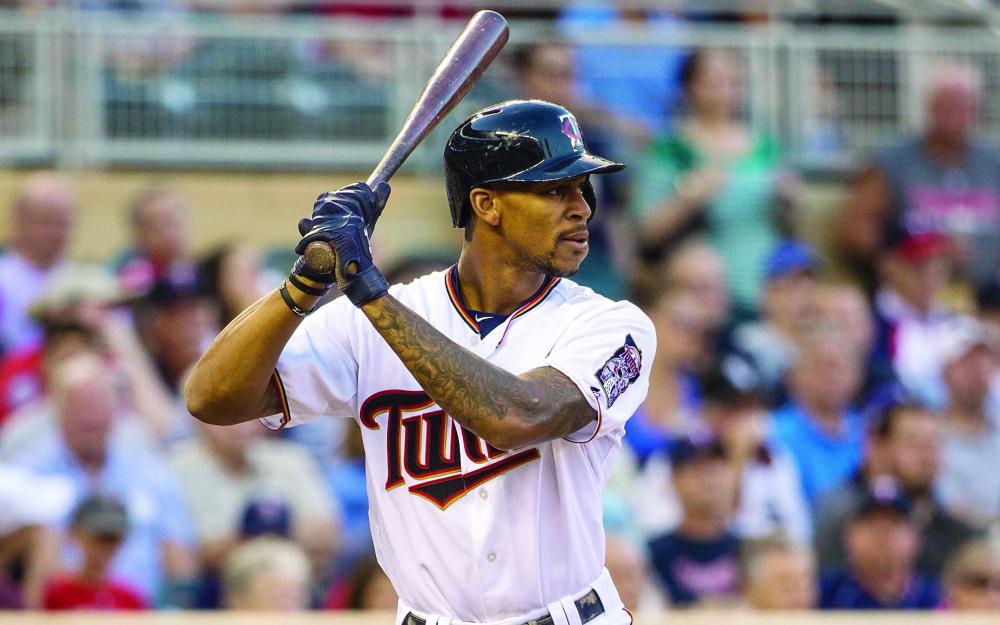 What should we make out of Byron Buxton? He finally seemed to have turned a corner in the 2nd half last season when he slashed .300/.347/.546 with 11 HR's, 40 runs, 35 RBI, and 13 SB's in 56 games after the all-star break. He was drafted in the 6th rounds of fantasy drafts with the upside of a superstar. And now he's regressed to a pathetic .173/.205/.227 with no homeruns through his f first 23 games this season. So what happened? His 30.4% K% is extremely high but it was high last year too. His 25.5% Hard% is quite low, but that's also been pretty low throughout his career. Maybe our expectations were a bit high in the first place. But at least last year, is Hard% on FB's was 31.0% compared to 11.8% this season, which explains the lack of homeruns. He also currently holds a BABIP of .255 and that should probably climb towards his career .323 mark, although a repeat of his .378 BABIP from the 2nd half of 2017 is unlikely. So his average will probably improve somewhat and he'll eventually hit a few homers, but the superstar status suddenly doesn't look so imminent. Is he worth holding on to during his extended slump with the hopes of eventually getting a solid stretch of production? I guess that may depend on whether or not you have a bench spot available.

Fulmer allowed 1 ER on 4 hits in 5.2 IP against the Twins on Wednesday, giving him back-to-back quality starts after two outings in which he gave up at least 5 runs. His ERA still sits at a career-high 4.08, but that isn't so surprising given that his career xFIP is a near identical 4.07 and that he outpitched his peripherals in each of his first two seasons. On a positive note, Fulmer has been getting more strikeouts recently, with 38 K's in 34 IP's (10.06 K/9) over his last 6 starts, a stark contrast to his career 7.0 K/9. It's a bit too small of a sample to assume that the strikeouts will still stick, but if they do, he has a good chance at getting his ERA back under 4.00 for a 3rd straight year.

In his 2nd start for the Indians this season, Plutko carried a no-hitter into the 6th inning, and finished with 6 shutout innings, allowing just 2 hits and 4 BB's while striking out 4. The win moves Plutko to 2-0 with an excellent 2.03 ERA through two starts this season. But before we start running to the waiver wire, remember that Plutko still carries a 5.18 xFIP, primarily the result of a mediocre strikeout rate and an extremely low GB% (29.7%). He has benefitted from a .147 BABIP and 100% LOB%, numbers which will probably fall back to earth sooner rather than later.

Soler has had a successful season thus far, but the last week or so hasn't been great as he has gone just 3-26 (.115) with 1 2B over his last 7 games. His BA is still a solid .288, but you can expect that to drop further, as he currently boasts an unsustainable .374 BABIP. While his 12.4% BB% and .389 OBP are very valuable in real life, they are much less so in standard fantasy leagues. Overall, Soler has never displayed a lot of HR power, and his FB% has actually dropped about 10% so far this season. His other counting stats are also somewhat limited as part of a mediocre Royals offense. The Royals may be happy with what Soler brings to the table, but other than in OBP leagues, he doesn't offer much upside from a fantasy perspective.

Profar has hit lefties very well this season with a .306/.405/.611 slash line against them through 42 PA's this season. He has driven in 11 runs over his last 6 games and will have a chance to continue that streak on Thursday against Royals LHP Danny Duffy who has allowed a 1.005 OPS to RH-hitters this season. DraftKings Value Play Salary $3,500.