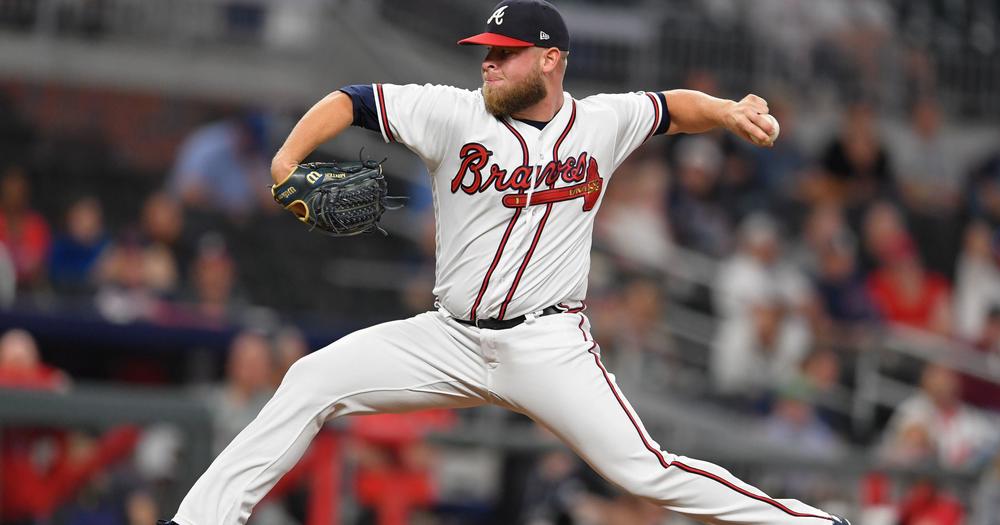 Maybe leading in saves isn't such a good thing after all.

As most of the avid readers know, I'm heavily involved in the National Fantasy Baseball Championship (NFBC) drafts each spring. I'm a firm believer that the players who play in these leagues are some of the brightest and the sharpest in the game of fantasy baseball and more often than not, the best players in these competitions are on the leading edge of any seismic shift in fantasy sports. It's easy to see why - many of the highest volume players are putting up tens of thousands of dollars for the right to play in these contests, so their draft strategies are literally putting their money where their mouths are.

This is applicable to closers because a quick look at the top 10 in the NFBC Main Event overall contest shows that just one team ranks in the 90thpercentile for total saves, while both the median and the average rotisserie saves ranking is in the 60thpercentile. In other words, most of the teams leading the NFBC Main Event are currently sitting middle-of-the-pack in saves. With that said, that doesn't mean those teams didn't draft closers early or they waited until the end to draft closers, it's simply an interesting benchmark for those of us looking at our rotisserie standings feeling at a loss at how to make up ground. It's also a reminder that you don't have to be the best in every category to win a league, or even win an overall prize.

What those teams do have in common are that most of them have at least one reliever that was clearly added from the waiver wire (Oberg, Buttrey, Robles, Neris, Elias, etc). The draft is often over-emphasized, but it's particularly overemphasized when it comes to relievers. In-season management is far more important for a sustainable fantasy season. Tracking the trends and staying on top of the news can help with this process. With that in mind, here's the news you need to know for the week ahead.

-Ken Gileslanded on the injured list for the Blue Jays on Wednesday, so it was Joe Biagini who got the first opportunity to fail for Toronto. Fail isn't quite an accurate description of what Biagini did, but it's close. Getting the call in the 8thinning of a game with a 6-run lead, Biagini allowed a pair of inherited runners to score after walking two and allowing a double. Daniel Hudsonrelieved Biagini and could see a save opportunity on Saturday, but the good news is that Giles expects to return on Sunday. Retroactive injured list dates, for the win, which is also why we're leaving Giles as the current closer in our rankings for the week ahead.

-Hunter Strickland suffered a setback in his rehab from a lat strain after feeling renewed soreness in his lat while throwing a bullpen session last weekend. Meanwhile,Roenis Eliasmanaged to lock down his first save in nearly a month on Thursday. There was some traction to the idea that Anthony Basscould be pushing his way into the closer role, but he struggled on Thursday leading Elias to get the call. The hope is that Strickland simply needs a little more rest before returning, but Elias is where I'm investing here.

-Wade Davis is back for the Rockies and is back in the closer role, but it's evident he isn't the best pitcher in their bullpen. Davis continues to be very hittable and has simply lost his command of the strikezone. Colorado's altitude has a tendency to remove a lot of the life on breaking pitches, and while Davis has always been primarily a four-seam / cutter combination pitcher, he used to have a pretty effective curveball to mix in when he needed a change of pace. This season his curveball pitch value has plummeted and Davis is back to being a predictable pitcher. The Rocky Mountain air is unforgiving, but Davis is definitely showing some wear and tear. He can no longer be counted on as a top closer for your fantasy team given the risk of blowup.

-The Braves call up AJ Minter from the Minors earlier this week after he proved he had nothing else to achieve to regain his form. Minter was once one of the most promising young relievers in the game, but the Braves remain committed to Luke Jacksondespite his up-and-down performance. Instead, Minter is expected to pitch in high leverage, late-inning roles, so it remains well within the realm of possibility that Minter could serve as closer again this season. Jackson just blew a save last weekend, so Minter is an intriguing stash on your bench, if you can afford to hold a spot.

-Ian Kennedymanaged to save three games over the last week after saving the same number in all of April and May. The busy week is both frustrating and rewarding, simply because while his owners undoubtedly welcomed the production, many people probably kept him on the bench this week given his limited contribution to the save category anyway. Moving forward, it's clear Kennedy is the man to own, but how many games will he realistically save? Even without leads, Kennedy has been fantastic as a reliever this season, racking up a 30% strikeout rate with just a 3.5% walk rate. Unfortunately, there's not much behind the numbers to think the strikeouts will continue at the same pace, particularly since he's worse than league average in both chase rate (29%) and swinging strike rate (10.1%).

-After finally seeing his first save chance since the beginning of April, Miguel Castrogot the call in the 9thinning last weekend against Houston. He converted, but in true Baltimore Oriole fashion, he has proceeded to give up runs in back-to-back subsequent appearances because as long as Baltimore maintains a major league club, there must not be a single source of saves. Just kidding on the latter, but you all appreciate my sarcasm, right?

-The Minnesota situation is becoming more and more of a clear three-headed monster with Trevor Maygetting the most recent save, but Rocco Baldelli promising that Taylor Rogersand Blake Parker would all be in the mix moving forward. We believe the manager here and are sticking by our commentary last week that this is really just a situation to avoid, much like most of the bottom tier of our rankings.