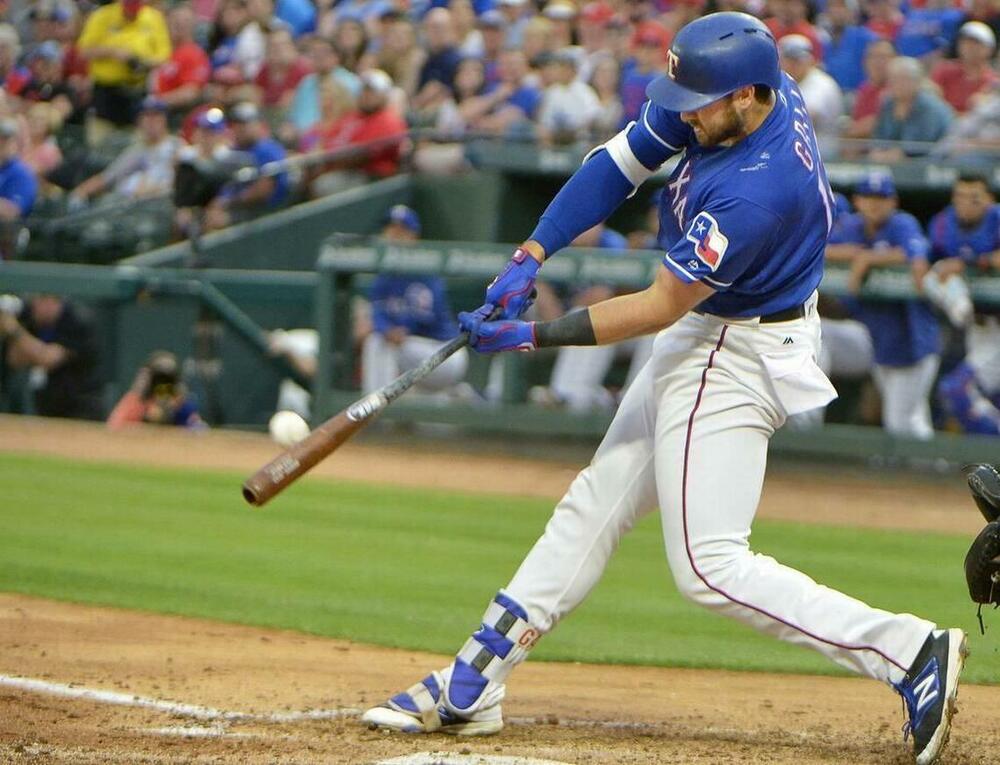 Dallas Kuechel should sign very early on next week once the draft pick compensation tied to his ends, he has both suitors in the AL and NL that are interested in signing the veteran lefty.... Aaron Sanchez threw a successful bullpen session on Friday and he's going to start on Sunday. It's yet another finger issue for him, but at least it wasn't a blister this time (?) and instead, it had a fingernail avulsion. It's good that the injury won't make him go on the Il, but with Sanchez, it could flair right back up.... Jordan Zimmerman has a partially torn UCL, but he's working his way toward a rehab assignment. He threw a bullpen session on Friday and is going to throw another one on Sunday before heading to Lakeland for two starts.... The Red Sox Rotation is getting shuffled around a bit with Rick Porcello starting Saturday, David Price pitching Sunday, and Eduardo Rodriguez getting pushed back to next week. A rainout this week could have allowed them to move Price back to not face the Yankees, but he's going to start on Sunday instead. Rodriguez could end up with a two-start week next week as a result.... Luis Severino has been playing catch as of late as a part of his throwing program. He's already been ruled out through the All-Star Break so this is merely just a small step in the right direction... Jose Suarez is going to be called up by the Angels to make his major league debut on Sunday. Suarez has posted some gaudy strikeout numbers in the minors including a 40% K% over 29 innings in AA last season. The number has dipped a bit as he's climbing the ladder, mainly in Triple-A where he has around a 21% K% over 100 innings across two seasons. Unfortunately, there's also been walk issues as he's gotten to AAA with a 10.7% walk rate at the level.... Felix Hernandez is going to throw off the mound on either Monday or Tuesday according to the team. He's only won one game this year and has an ERA north of 6.00, so there's really not much going on here of fantasy relevance.... CC Sabathia is slated to return to the Yankees to start on Sunday. He has a 3.41 ERA over 41.1 innings for New York this season... Brent Honeywell has been cleared to return to throwing after dealing with some nerve irritation that forced him to be shut down. Honeywell's timeline for getting back to the majors obviously has been slowed down, but we could definitely still see him at some point in the second half.... Tyler Glasnow was moved to the 60-day IL this week, which will keep him out until at least the All-Star Break. It's probably for the best to let him take his time getting back to full strength, but it still hurts fantasy rosters in the meantime.... Forrest Whitley was placed on the AAA-IL with shoulder fatigue this week. Whitley has had a disaster of a season and he's headed down to the Astros Spring Training complex in Florida to rehab. He owns a 12.21 ERA in 24.1 innings with a 24% K% but a 12.6% BB%... Sean Manaea has started throwing bullpen sessions for the A's and is going to progress to live batting practice in the near future. The plan is for him to start facing live hitters before sending him out on a rehab assignment in the middle of the month, which could put him on a possible June return date. He's a high upside arm in the second half but is also coming off of significant shoulder surgery, so there's definitely a high chance for rust.... Brendan McKay has been promoted to AAA but it's solely for his arm as his skills at the plate haven't translated as well to the professional level. With him pushing AAA already, he could potentially be an option for the Rays down the stretch as either a starter or potentially in the bullpen like they did with David Price when he was first called up. The Rays have made it clear with this promotion though that they aren't as worried about whether McKay can hit or not and are rather just worried about his arm.... Devin Smeltzer tossed six six shutout innings in his major league debut on Tuesday while striking out seven batters. Smeltzer continued his impressive minor league season (1.15 ERA) into the majors with that outing but the strikeout numbers were a significant jump for him.... Mike Clevinger is nearing a return from the IL after he threw a simulated game on Saturday, and he's tentatively going to begin a rehab assignment this week. Clevinger will be a huge boost to fantasy rotations upon his return.... Nathan Eovaldi threw a simulated game on Friday and he's scheduled to throw another one on Tuesday. Assuming there are no setbacks with his simulated games we could see Eovaldi back in the Red Sox rotation this month.... Michael Pineda was placed on the IL with right knee tendonitis, but we haven't heard yet exactly how bad the issue is yet. Smeltzer was recalled from AAA to take Pineda's place in the rotation... Yusei Kikuchi will have his next start skipped as a way to help limit his workload this year. The start was going to come against the Astros though so it may be a good thing that this one is getting skipped.

Hunter Strickland is scheduled to throw off a mound on Sunday. He's on track to return to the Mariners in June and he should immediately regain his closing role as no one has stepped up to handle the role for Seattle.... Dellin Betances could begin to face hitters again as soon as next week.... Jose Leclerc continues to pitch well outside of the closing role for the Rangers, and again was used as an opener this week.... Shawn Kelley has struggled a little bit since coming off of the IL with a 5.79 ERA.... Jharel Cotton is reportedly going to be pitching from the bullpen when he finishes his rehab from TJ Surgery.... Ryan Brasier still leads the Red Sox in saves, but he hasn't converted one since April. Matt Barnes could be closing in on him for the 9th inning role for the Red Sox.

Dan Vogelbach, Seattle Mariners - With Jay Bruce on the verge of being dealt, Dan Vogelbach is going to be an extremely popular add this weekend as he's going to benefit the most from that move. Vogelbach should be virtually guaranteed everyday at-bats once the deal goes down and while he's still slowed down from his torrid stretch to begin the year, he still has the ability to reach the 30 homer plateau with relative ease this year.

David Fletcher, Los Angeles Angels - Fletcher is having strong 2019 slashing .316/.371/.449 with four homers and five stolen bases over 213 plate appearances. Fletcher is showing some ridiculous bat and zone control with an 8% BB% and a 6.1% K%. His exit velocity and his hard hit rates definitely cause for concern as both ranks in the bottom seven percent of the league, but all of his expected stats show that what he's doing isn't entirely a fluke. He's bounced around the lineup a decent amount but primarily has been hitting from the leadoff spot since the middle of May.

Avisail Garcia, Tampa Bay Rays - Garcia is currently dealing with some hamstring issues, but as long as he stays day-to-day he's worth a look in leagues. He's hitting .301 with 10 homers and his StatCast data is off the charts. He has the highest exit velocity of his career, the largest launch angle of his carer, and a 14.9% barrel rate that is in the top 8% of the league. Garcia has even chipped in six stolen bases this year which is one off his career high from back in 2015 where he swiped seven bags but was also caught seven times.

Griffin Canning, Los Angeles Angels - Canning continues to produce for the Angels but his ownership hasn't caught up to the production yet. He owns a 3.06 ERA and is striking out 26% of the batters that he is facing. He has an extremely impressive swinging strike rate of 15% and has a 33% chase rate. He's allowed two runs over his last 18 innings and also has allowed just nine hits in that span. The strikeouts have slowed a bit since his first three outings, but he's still generating excellent results.