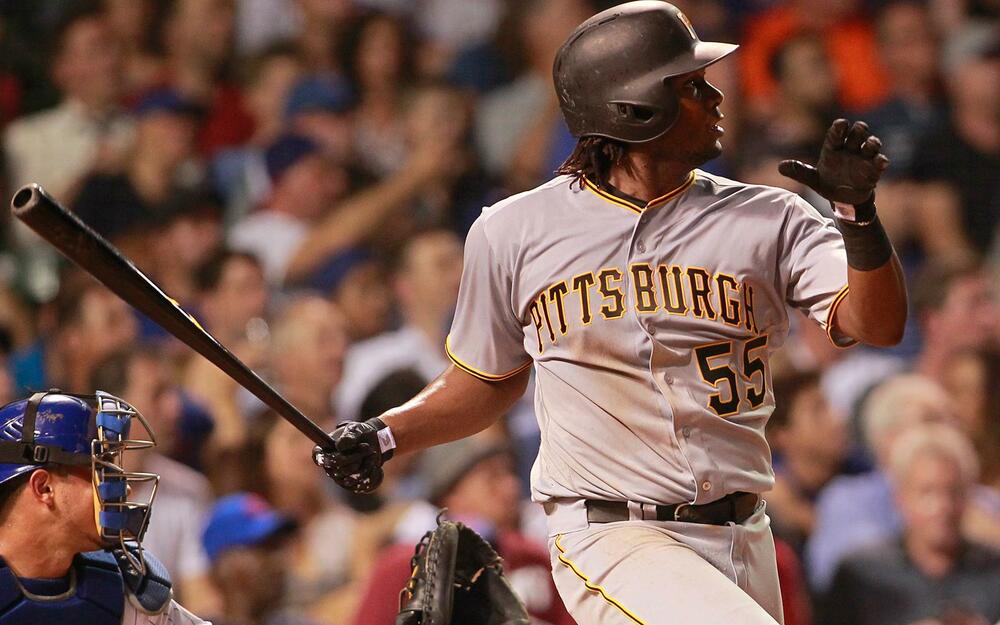 Hayes got his season off to a good start, hitting a 2-run homer in his first at bat against the Cubs' Kyle Hendricks on Thursday. Hayes won't be able to replicate his .376 BA or .682 SLG from a year ago, but he did have an xBA of .294 last season and made contact at a decent rate (21.1% K%). There's a good chance he could see some improvement to his strikeout rate as well, as he had an excellent 7.1% SwStr% last season. Hayes never showed a lot of power in the minors, but he had a mighty impressive 55.4% HardHit% and 92.8 EV, and it wouldn't be the first time that a hitter developed power after reaching the major leagues. If he hits .280 with about 20 HR's and 10 SB's, his fantasy owners will feel that he was worth drafting.

Marquez allowed just 1 ER in 4 IP against the Dodgers on Opening Day, but he walked 6 batters in the game, compared to 2 K's. Marquez has seen his K% drop from 28% to 24% to 21% over the past 3 years, while his BB% has jumped to a career-high 7.3%. As a result, his xERA was 4.21 last season, compared to a 3.75 ERA that benefited a lot from an uncharacteristic 9.4% HR/FB (career 16.1%). Pitching half his games in Coors makes it just that much harder to post good ratios; over the course of his career, Marquez has a 5.10 ERA in Colorado and a 3.51 mark on the road. It's tough to trust any Rockies' pitcher in fantasy, but especially not one with mediocre peripherals. Marquez is best left as a streaming option for when the Rockies are on the road.

Marte homered as part of a 4-5 effort on Opening Day against the Padres. Marte was one of the biggest disappointments in 2020 hitting just 2 HR's in 45 games after smashing 32 bombs in 2019. His BA also dropped from .329 to .287. The 2019 BA was likely the outlier, as he had a .342 BABIP that year, but his 2020 mark was also quite good. In fact, he cut his K% to an elite 10.8%, which makes it all the more likely that he will continue to hit for a high average. Regarding the power, Marte's HardHit% remained solid at 40.5%, right in line with his 2019 mark. Again 2019 was probably an outlier, but so was the miniscule 3.8% HR/FB he posted in 2020. If that number normalizes, Marte has an excellent shot of at least crossing the 20 HR plateau once again in 2021. Also of note is that Marte started in CF on Thursday. He played almost exclusively at 2B last season, but if Thursday was a sign of Arizona's plan going forward, he should soon gain OF eligibility in leagues where he doesn't have it already.

Melancon recorded the save for the Padres on Opening Day, pitching a 1-2-3 9th inning with no strikeouts. Emilio Pagan and Drew Pomeranz both pitched earlier in the game and both pitched well, but it appears that Melancon may be first in line for saves due to his "closing experience". Melancon probably has the least strong skills of the three relievers, as he managed just a 5.56 K/9 last season and had a mediocre 4.42 xFIP. But he has posted a GB% of around 60% the last two seasons, and is good enough to have a solid chance of keeping the closer job for a while. He definitely should be owned right now, although Pagan and Pomeranz also still have some mixed-league value thanks to their K's and ratios and potential for occasional wins and saves.

Cabrera batted 5th for the Diamondbacks on Thursday and went 2-5 with a HR and 3 RBI. If the veteran infielder finds himself in the same spot on Friday, he makes for a very cheap option in daily leagues. The Diamondbacks will face a tough LHP in Blake Snell, but Cabrera did hit .314 with a 1.001 OPS against southpaws last season. DraftKings Vaue Play Salary $3,200.