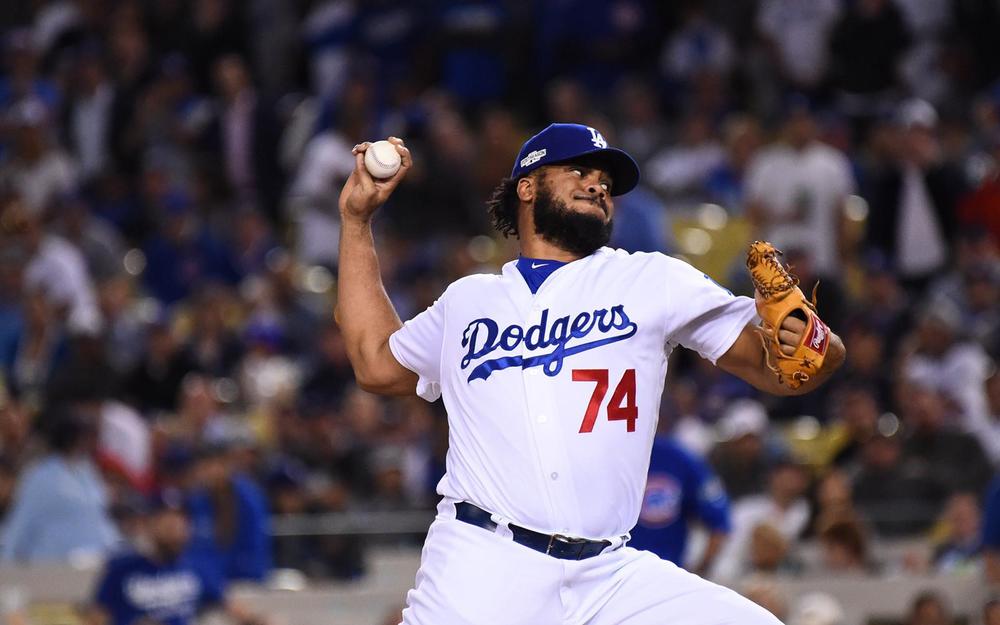 SS Nick Ahmed (knee) was activated and in the lineup on Saturday. OF Kole Calhoun (knee) was activated from the IL on Friday and hit second. The Diamondbacks are going with OF Tim Locastro in CF while Ketel Marte (hamstring) is on the 10-day IL. OF Jesse Winker was removed from Friday's game with calf cramps and was not in the lineup on Saturday. He is considered day-to-day. OF Tyler Naquin (.318 AVG with 5 HR) has been filling in for Winker and OF Nick Senzel. If everyone is healthy, he slides back into a part-time role so be careful with FAAB bids this weekend despite his torrid start. OF Cody Bellinger (calf) was placed on the 10-day IL retroactive to April 6. This just means regular at-bats for SS/OF Chris Taylor. OF Mookie Betts is dealing with lower back stiffness and was out of the lineup on Wednesday-Saturday. C Jorge Alfaro (hamstring) was scratched from Saturday's lineup. 2B Kolten Wong was placed on the 10-day IL with a strained oblique. Jace Peterson and Daniel Robertson figure to fill in while Wong is out. 1B Keston Hiura was moved down in the order to 6th on Saturday after his poor start (.043 AVG with 0 BB and 11 K). 3B J.D. Davis was placed on the 10-day IL with a hand injury. This has major fantasy implications because 2B Jonathan Villar should see the majority of the starts in his absence. OF Trent Grisham returned to the Padres lineup on Friday and went 2-4 with a double and a run scored. The good news is that he was inserted as the leadoff hitter which should be a good spot to be this year even with SS Fernando Tatis Jr. on the IL. The Padres look to be going with Ha-Seong Kim at SS while Tatis Jr. is out. Tatis Jr. could be back as early as next week. Kim offers an intriguing blend of power and speed but it remains to be seen how he adjusts to major league pitching. He is off to a rough start (.167/.250/.167). 1B Paul Goldschmidt returned to the Cardinals lineup on Saturday after sitting out Friday with back tightness. OF Tyler O'Neill had to leave Saturday's game early with right groin tightness.

Zac Gallen (forearm) was able to throw a 67-pitches in a simulated game on Wednesday. This included a curveball in each inning which is the pitch that was giving him pain. It is good news that he has his pitch count still built up but the true test will be the ability to throw breaking balls consistently without pain. He is tracking towards a late April/early May return. Caleb Smith has been moved to the bullpen which means Taylor Widener is going to stick in the rotation. Widener has pitched well (11 IP, 3 ER, 3 BB, and 8 K) but the underlying skills (17% K, 8% SwStr) don't signal future success. Mike Soroka (Achilles) experienced shoulder discomfort as he returns from his Achilles injury. This is not new for Soroka as he has had shoulder issues in the past (2 IL stints in 2018). Any shoulder injury is not good news for a pitcher regardless of the severity. Sonny Gray (back) is scheduled to throw a simulated game this weekend with the results determining if he will return for the CLE series next weekend. Depending on how Alex Wood's next simulated start goes depends on if the Giants activate him next week or not. Regardless, he is close to a return and could be worth an add in deep mixed leagues. Kwang-Hyun Kim will need another simulated start before being activated.

Will Smith picked up his first save on Wednesday. It looks like it is Will Smith's job to lose especially with Chris Martin dealing with numbness in his fingers. Craig Kimbrel has looked locked in to start the year. He has yet to give up a hit or walk with 9 K in 4.2 IP including (2) saves. Amir Garrett picked up his second save on Friday night and appears to have a firm hold on the Reds closer role with Lucas Sims as the next guy in line and Tejay Antone as a dark horse. The Dodgers closer situation got very interesting Friday night with Corey Knebel picking up his second save of the year. Knebel has been lights out to start (3.1 IP, 2 SV, 0 H, 1 BB, and 6 K) compared to Kenley Jansen's (3.2 IP, 1 SV, 1 H, 4 BB, and 1 K). They are extremely small samples but Jansen had question marks coming into the year and Knebel has been excellent. Both relievers need to be rostered at this point with it having the makings of a committee. Anthony Bass (2.1 IP, 7 H, 6 ER, 1 BB, and 2 K) has struggled and manager Don Mattingly was non-committal on his role. If you are speculating for saves Yimi Garcia is the guy to go after in Miami after picking up a save on Saturday. Jake McGee was able to come on and record his third save on Friday. He is the closer in San Francisco without anyone challenging him for the job. Don't let manager Gabe Kapler scare you, McGee is locked in right now. Alex Reyes saved his third game on Thursday. The prevailing thought is that they are working Jordan Hicks back slowly but there is no reason if Reyes continues to be successful that they don't ride him out. Hicks got his fastball up to 103.2 mph this week which means he is healthy.

RP Corey Knebel (LAD)- Corey Knebel now has two saves on the year and has pitched brilliantly (3.1 IP, 2 SV, 0 H, 1 BB, and 6 K). The Dodgers have shown in the postseason that they are willing to go to another guy other than Kenley Jansen. Right now it looks to be a committee but Knebel is worth adding even if he is sharing the role and there's potential for him to take the job with the way he is pitching.

SS Ha-Seong Kim (SDP)- Ha-Seong Kim is going to get most of the at-bats with Fernando Tatis Jr. on the IL. Kim is coming off a 30 HR and 23 SB season in 2020 in Korea so the power/speed potential is there. How he adjusts to major league pitching remains to be seen but is worth an add to find out.

OF Corey Dickerson (MIA)- Leading off and has (6) potential matchups against RHP this week. He may not be elite in any category but plate appearances matter and he has a good schedule this week.

Wade Miley @SF & CLE-Miley may not inspire anyone when it comes to fantasy but he gets a two-start week with a matchup in San Francisco and home versus the Indians. The Giants have an 85 wRC+ to start the year and their lineup doesn't scare anyone. The Indians have only been slightly better (89 wRC+). The only worry with Cleveland is the middle of their order (Ramirez, Reyes and Rosario) and at least Miley will have the platoon advantage against Rosario.

Aaron Sanchez CIN and @MIA- Both parks are good for pitchers and Sanchez keeps the ball on the ground (career 53% GB) which should help limit the damage. The velocity that was reported in spring was not there in his first start but two-starts against average to below-average offenses is worth the gamble.