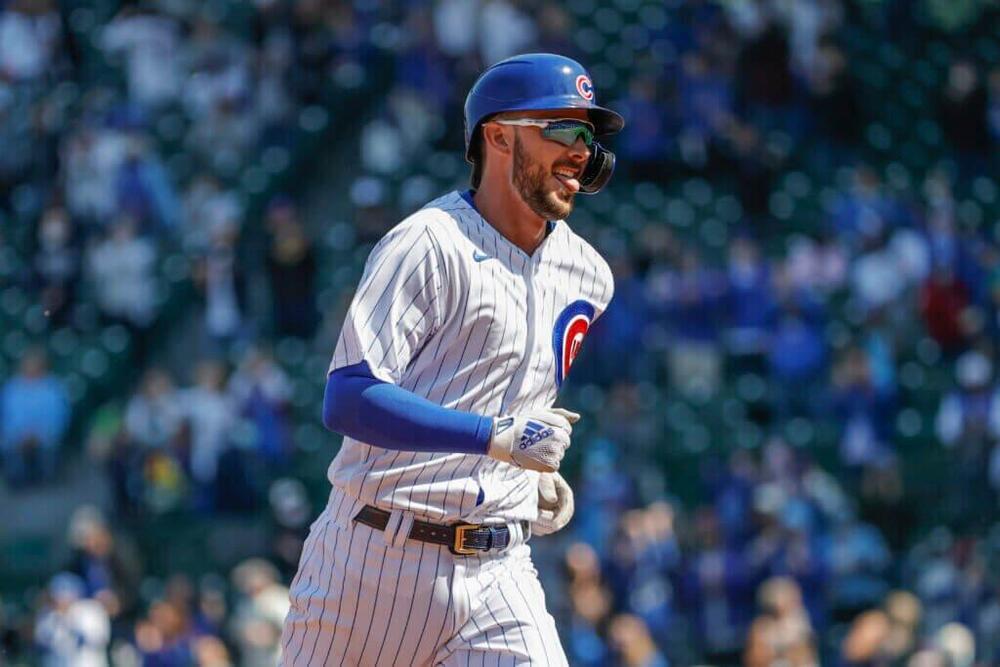 Kris Bryant- 3B- CHC-Trade- Bryant heads to the Giants in a last-minute deal. Although Bryant has hit 7 homers at Wrigley Field and 11 on the road he is still likely to see a negative effect on his power due ot a change in home parks. While Wrigley has a well above average park factors for homers, Oracle Park is almost 23% below the MLB average. The effect on average is minimal between the two fields.

Trevor Story- SS- COL- FYI- Story was rumored to be on the way out of Colorado, but no deal was done before the trade dealing passed. This non-event will probably help Story retain more value for the rest of the season. Story has extreme home/road splits. He is slashing .291/.345/.477 at Coors Field and only .186/.276/.379 at lower altitudes. Story is only batting .240 overall and a lot of that has to do with having a .285 BABIP, well below his career norm of .339. His Statcast numbers of 90.9 Exit Velocity and 40.3% HardHit% are comparable to what he put up in 2020. Staying put and playing in the last months of his walk year could make Story a candidate to surge as the season winds down.

Adam Duvall- OF- MIA- Trade- Duvall got his first hit and RBI with the Braves after being traded yesterday. He didn't get a homer yet, but the likelihood is that will come. Duvall has 22 homers so far this season, with only 8 of them coming at Miami's LoanDepot Park, which has a ballpark homer factor 15% below MLB average. He will now call Truist Park home, which has a homer factor 11% above MLB average. Duvall will still strike out a lot (he got his first K as a Brave last night also) and this will depress his average. However, he has a good shot at coming at least close to his career high of 33 homers. His Exit Velocity is at 90.3, Barrel% is at 14.6%, and HardHit% is 43.9%. When Duvall makes contact he hits it hard.

Spencer Howard- P- PHI-Trade-Howard was sent to the Rangers as part of the package for Kyle Gibson and Ian Kennedy. Texas is hoping he will live up to the potential he showed to enable him to be named the top Phillies' prospect this season by Baseball America and MLB Pipeline in the preseason. Howard has a mid-90s fastball that he has had some difficulties controlling in the majors this season. He has a 9.85 K/9 in 28.1 IP but also a 5.40 BB/9. Howard had some shoulder issues when called up in 2020 and that likely contributed to his 5.92 ERA. He has a 5.72 ERA this season, but his FIP is 4.00. Howard has had stamina issues. His longest outing in either the majors or minors this season was 5 IP, and that only happened once. Howard will probably be in the Rangers' rotation for the rest of the season and have an opportunity to see if he can make the transition to successful major league pitcher. He has the innate talent.

John Curtiss- RP- MIA- Trade-Curtiss was dealt to the Brewers yesterday. He is a late bloomer who appeared briefly in 3 MLB seasons before throwing 25 IP for Tampa Bay in the shortened 2020 season. He posted a 1.80 ERA, 3.35 FIP, 9.00 K/9 and 1.08 BB/9. Curtiss moved across the state to Miami for 2021 and has tossed 40 IP, with a 2.48 ERA, 3.21 FIP, 9.00 K/9, and 2.03 BB/9. He had a 3-1 record and 1 hold for the Marlins and was an opener twice for them. In leagues that count holds, Curtiss has had his value increase in the move to Milwaukee. It looks like manager Craig Counsell is intending to use Curtiss in middle relief and setup roles. His performance over the past two seasons makes that a solid plan. The 28-year-old still has a minor league options so the Brewers are likely hoping to have him as a piece in their bullpen for a while.