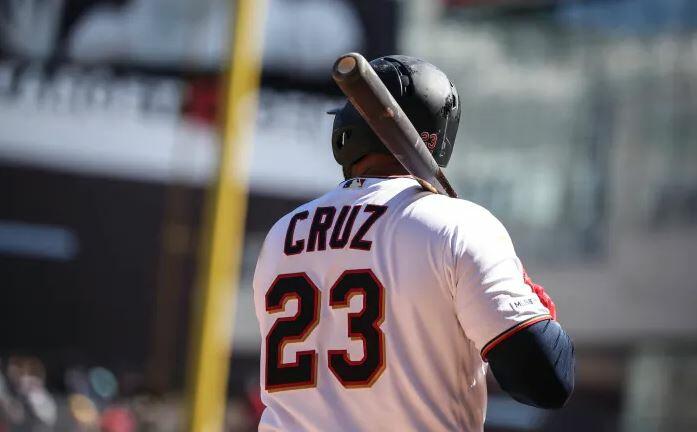 Hernandez went 2 for 4 with a homer and two RBI on Tuesday night. Not only did he extend his hitting streak to nine games, but he also extended his home run streak to three games. After starting the season red-hot, Hernandez cooled off considerably in June and July but has caught fire again in August. Since the first of the month, he is hitting .435 with five homers and 20 RBI. Aggressive hitters like Hernandez are liable to be streaky hitters, but he has put together a fantastic season overall here in 2021. Hernandez has been more patient at the plate this season, and it's paying dividends. His 28.5% CSW% is 5.9% better than last year's percentage, which in turn has helped bring his K% down 5.8% from last season's hefty 30.4%. Hernandez's breakout campaign in 2020 was great, but his adjustments at the plate have enabled him to be more consistent over a more extended period of time this season.

Anderson earned his first win in a Seattle uniform with a 6.0 inning, one-run effort on Tuesday night. The 31-year-old struck out four and held the Rangers to just three hits in the outing. Anderson has been mostly uninspiring this season, but he has been very consistent lately, especially with his new team. He is 3-1 with a 2.98 ERA over his last nine starts (51.1 IP) and owns a 2.91 in his four starts with the Mariners. Anderson isn't an overpowering pitcher (90.7 vFA), and he doesn't get a lot of strikeouts (7.27 K/9), but he limits walks (1.94 BB/9) and has been a solid end of the rotation guy this season. Back of the rotation guys aren't exactly what fantasy owners are fiending for, but he certainly has more fantasy value now that he is out of Pittsburgh.

Eovaldi surrendered two runs in 5.0 innings against the Yankees on Tuesday night. Despite surrendering seven hits, Eovaldi was able to limit the damage with six Ks and kept the Sox in the game against its rivals. Unfortunately, the 31-year-old has been very erratic this season, making him a rather frustrating fantasy option. In his 24 starts, Eovaldi has given up two or fewer runs fifteen times, but he has given up five or more six times. You like his 9.13 K/9 and 1.70 BB/9, but the inconsistency has made him a bit of a liability. All told, Eovaldi's ERA sits at 3.91 for the season to go along with a 10-8 record, though his 2.91/3.69 FIP/xFIP indicates he has been better than his ERA suggests.

On Tuesday, Montgomery gave up three runs across 4.2 innings after being activated from the COVID-19 IL on Monday. The southpaw was able to rack up six Ks, but he also surrendered five hits and two walks in the contest. The 28-year-old has been steady but mainly unexciting through 119.1 innings this season. He is currently 4-5 with a 9.13 K/9 and a 3.77/3.97 ERA/xFIP. It could significantly improve Montgomery's stats if he could figure out how to have a little more success against right-handed bats. Montgomery has 3.09 BB/9 against right-handed batters this season, while they own .300 wOBA and 34.0% Hard% against him. Those numbers are significantly better against left-handed batters: 1.65 BB/9, .235 wOBA, 24.7% Hard%. Being a left-handed pitcher, the stark difference between RHB and LHB comes as no surprise, but if he could make some adjustments in the offseason, it might propel him to a regular fantasy player in 2022.