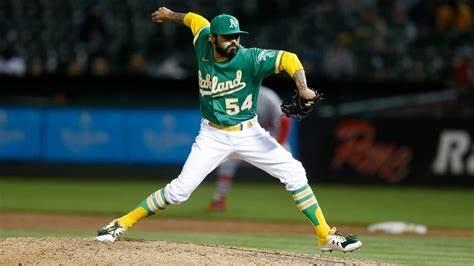 For most of the regular season, this column focused on skillsets over immediate opportunity. In other words, when deciding between the reliever with access to immediate saves and the reliever with an elite skillset, it's generally a good idea to acquire the skillsets since immediate closing chances are only sustainable if the saves can be executed. Well, fantasy championship seekers, the time has come to take that piece of advice and blatantly ignore it for the next month. If a current closer has so much as a hang nail, run to the closer grid below and scoop up his handcuff immediately. In roto leagues and H2H leagues alike, it's imperative every single possible save is captured. To help you navigate that path, here's a look at the latest closer news from around the league:

-Lou Trivino hadn't pitched in over a week before making an appearance on Friday. Trivino had reportedly been dealing with back spasms after three straight appearances giving up an earned run or more. In his absence, Sergio Romo saved a pair of games. After being declared available before Thursday's game, Trivino finally got the call in a low leverage situation on Friday - pitching the 8th inning with his team leading the Blue Jays 8-2. Unfortunately, Trivino didn't make it out of the 8th inning and was eventually tagged with 6 earned runs. To be fair, Trivino himself was only pitching when one of those runs was scored, but he left with bases loaded and Yesmeiro Petit came in to relieve him by walking in a run and then giving up a grand slam. At this point in the season, it might be time to drop Trivino because it certainly seems a long shot he'll be able to regain his form and reclaim the closing job before the season ends. Romo is the best target, if you're scouring the waiver wire and he's still out there.

-Speaking of the Blue Jays, Toronto waived struggling reliever Brad Hand earlier this week and the Mets managed to scoop him up. At this point, he's not worth even considering to roster given the relatively strong depth the Mets have ahead of him and taking into account Hand's recent form.

-The Cubs are in tank mode and in proper tank fashion, the team activated promising young starter Adbert Alzolay from the injured list and immediately moved him to the bullpen, citing innings limit concerns. The Cubs closer hierarchy remains confusing, but Alzolay did manage to record a 4-inning save though. It's unclear if Alzolay will see high leverage situations moving forward, but he's a name to consider, if you have dedicated RP positions to fill since he has the stamina to go multiple innings.

-It's been an awfully odd season for CLE RP James Karinchak, who entered spring training as a favorite to be a top-3 closer by year end, left spring training without a definitive closing job, eventually regained a portion of the job, pitched yet again at a high level, and most recently, was demoted to Triple-A. Meanwhile, RP Emmanuel Clase has been nearly lights out, giving up his first earned run in 21 appearances on Thursday. Clase's 68% groundball rate and 28% hard hit rate is a lethal combination - in reality, Clase has nearly pitched to the level we were expecting James Karinchak to achieve before the season.

-Andrew Kittredge is firming up his grasp on the closing role for the Rays, tallying another this week. It's worth mentioning that former Yankee and Team USA Olympic pitcher David Robertson is healthy and signed with the Rays recently. He could be a name to watch down the stretch, but don't forget that he hasn't pitched professional since 2019. Meanwhile, Kittredge wrapped up his 6th save of the season on Friday night and he needed just 9 pitches to do so!

-The Marlins continue to use a committee approach in the 9th inning with Dylan Floro getting the heavier workload recently. Floro remains uninspiring from a fantasy perspective with a career high and worse-than league average walk rate (9.5%). He does limit hard hit rate, but set-up man Anthony Bender has better statistics across the board. Still, it's Floro who is getting the majority of save opportunities right now and Floro is the one to own.

-Seattle's Diego Castillo is expected to be activated from the injured list this weekend and for Paul Sewald, it couldn't come at a worse time. Sewald has a sparkling 79:13 strikeout-to-walk ratio, but on Friday he blew his second save since taking over as the full-time closer. Sewald has done enough to warrant having a bit of a leash, but a committee isn't out of question. If Castillo was dropped, he is an excellent FAAB addition this weekend.