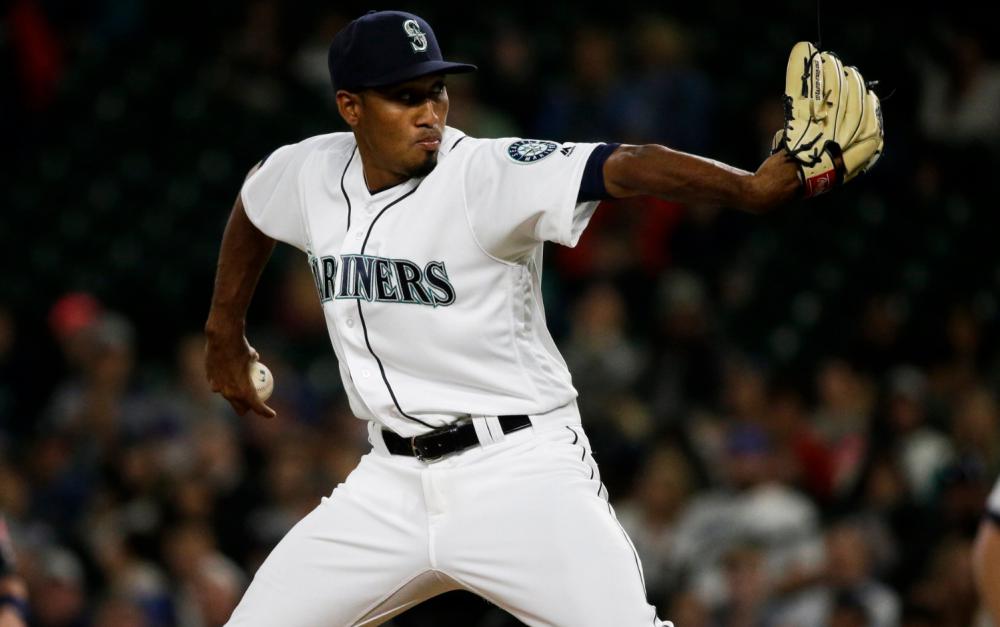 Welcome to the first addition of A Closer Look! If this is your first time reading the column, welcome aboard! Each week, we review all of the news impacting closers and their handcuffs from across the league. As you have come to expect from Fantistics, all of our analysis goes deeper than the normal standard five pitching categories. Instead, we focus much of our attention on statistics like swinging strike rate (SwSt%), groundball(GB%) /flyball (GB%) rates, contact %, velocity, pitch values and more.

We believe there's three types of relievers in the player pool for fantasy baseball. The first type are the relievers with opportunity (i.e. currently seeing save chances or save chances are imminent). These are the pitchers that have value simply because they contribute to your pitching staff's counting stats, but may not necessarily have the skillset to positively impact all of those categories. The next are those that have the skillsets. These are the players with high strikeout rates, good ratios, and other positive indicators that point towards future success in the closer role. The final category is the ideal situation. It's the players with both opportunity and the skillset. These classifications are already baked into the tiering that I use to rank current closers, but in order to help identify handcuffs or closers-in waiting, I also use a grading scale from A-F to classify the relievers who might be next in line for save changes. Below are those definitions:

In future weeks, we'll do deep dives into our handcuff pool and break down some of the more intriguing handcuffs. Beginning next week, we'll also start showing some of our preferred "closer stats" (i.e. SwStr%, GB%, Contact %, K%, etc) for each of our current closers, along with a league average baseline to easily identify areas of possible concern.

-Before the season even started, the Toronto Blue Jays were already seeking a replacement closer for injured Roberto Osuna. Osuna's injury is more or less neck discomfort and he has apparently been dealing with this pain for most of the spring. That might explain why his velocity was been measured a tick or two lower, but it remains unclear how serious the injury actually is right now. He's eligible to come off the disabled list on April 9th, so it's possible Jason Grilli and company will only fill in for a few more days. The Toronto Star is reporting that he's tentatively targeting a return during next week's Blue Jays home opener, but a lot of that will depend how his bullpen session goes later today (Saturday).

-As we predicted in the pre-season, the Texas closing situation is already a mess. In his only two appearances of the year, Sam Dyson took the loss on both Monday and Wednesday, allowing a total of 8 runs on 7 hits and 2 walks while striking out no one. While Dyson's sinker ranks among the best in the league, he mainly tends to generate contact, not swing and misses. That's a dangerous proposition for any closer and ultimately, when his sinker isn't moving, he becomes very vulnerable to the big inning. Fortunately for him, there's not a clear cut fallback option in the Rangers bullpen right now. Matt Bush has been en vogue as that replacement, but with the lack of high leverage experience and the lack of a solid secondary pitch, I have my doubts about Bush's ability to succeed in the role. For what it's worth, Rangers manager was asked about Dyson and he told The Fort Worth Star - Telegram "This is a guy that's been really good for us," said Banister. "I'm not going to jump off after two games." It sounds like it's still a holding pattern here, but I'm still not betting on Dyson to keep the job the whole year. The problem is that I'm not banking on Bush, either.

-One of the shockers of the spring was Dusty Baker's decision to name Blake Treinen, not Shawn Kelley or Koda Glover, the closer out of spring training. Treinen converted each of his first two save chances out of the gates, but (as often is the case) Dusty Baker set him up to fail by getting cute in the 9th inning one run-game. Baker was seemingly trying to play the matchup game by rolling out Sammy Solis against the Marlins' left-handed batters, but it backfired after Solis allowed a hit, a walk, and a double play before Baker finally brought in Treinen. The Nats closer got within a strike of his 3rd save of the spring, but eventually allowed a game-tying single and his first blown save. That blown save was not Treinen's fault. Unfortunately, Treinen allowed 2 more earned runs (on a home run) on Friday in what was a near blown chance on his 4th day pitching over the last 5 days. The two shaky appearances in a row might be enough to start the whispers, but Dusty is a player's manager, so it's going to take more than that for change to be made. Glover remains the one to stash here, but no change appears imminent. Treinen is more of a groundball pitcher (62% career GB%) than a strikeout guy, but his swinging strike rate should trend upward. Right now, Baker just needs to get out of his way.

-While Raisel Iglesias is still the primary closer in Cincinatti, we got a glimpse of the actual hierarchy structure on Thursday night when Drew Storen pitched in place of Iglesias for his first save of the year while the latter had a planned rest day. Storen remains difficult to trust given the hard hit rates allowed, his ugly HR/FB rate, and his low velocity in the spring, but he remains the 2nd most appealing option (behind Iglesias) in the Reds bullpen.

Click on the following link for the rest of the closer report (including our closer rankings and handcuff grades) in the member area: http://www.fantistics.com/baseball00/M-Closer.htm.