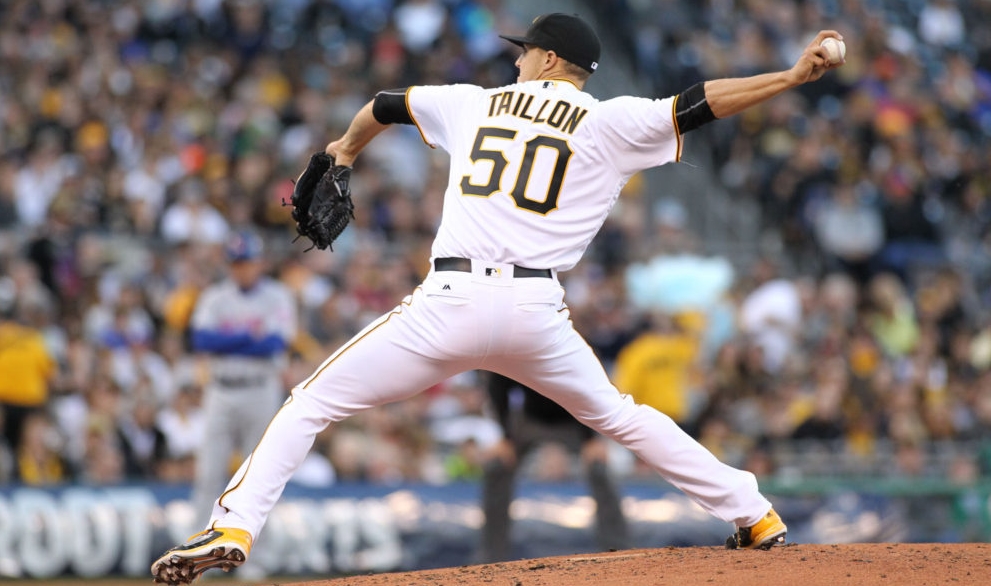 Jonathan Villar (MIL) - Jonathan Villar was carted off the field after diving for a ball on Friday night, but thankfully it turned out only to be back spasms. On the downside, the issue is severe enough to have him placed on the DL. Villar has been a huge disappointment for fantasy owners this season, slashing just .213/.283/.342 with a decent 14 stolen bases, but he's nowhere near the pace he needs to match the 62 stolen bases from 2016 with a .285/.369/.457 slash line that he posted in 2017. So what has changed? Villar's .294 BABIP stands out as an outlier compared to the rest of his career. Villar's BABIP has historically averaged .339 and the only year it was lower was in an 87 game performance with the Astros in 2014. Villar is still hitting the ball hard (33% hard hit rate) and with a 62% groundball rate as a speed guy, we should see a bounceback in his BABIP, which in turn will raise his batting average.

Jake Lamb (AZ) - There's not a hotter hitter in the major leagues right now than Jake Lamb. The Diamondbacks 3rd baseman is currently on pace for 154 RBIs and 44 HRs. He's obviously unlikely to continue this pace, but the fact of the matter remains that he's continuing to pull the ball 44% of the time with a solid 37% hard hit rate and 38% flyball rate. His 26% HR/FB rate is 5% higher than last season's 21% mark despite a drop in hard hit rate by 2.5%. We'll likely see some HR regression moving forward, but he remains in a great hitting environment and that rings true for Sunday, as well. He's "just" $4,100 on FanDuel, and while that price may seem a little high, with the face he has been hitting, he should probably be closer to $4,500. This is a great game to get exposure to on the Sunday slate and while there's lots of attractice options at 3rd base, the opportunity cost isn't that great since they're all priced around $4K on FanDuel.

Jameson Taillon (PIT) - Just 5 weeks after undergoing surgery for testicular cancer, the Pirates announced that Jameson Taillon will be the probable starter for Monday's game against Colorado. Taillon returns to a 3.31 ERA and 1.33 WHIP with a 20% strikeout rate and 53% groundball rate. The numbers aren't earth-shattering, but he should continue to develop into a solid SP2 or SP3 at the major league level. Regardless of his performance on the field, it's a remarkable comeback for a really tough kid. Welcome back, Jameson.

Yoenis Cespedes (NYM) - Yoenis Cespedes returned to the Mets lineup with a bang on Saturday, going 2-for-5 with a home run and 4 RBI. The home run came in the variety of a 9th inning grand slam to propel the Mets over the Braves. It was Cespedes' first game since April 27th and gives the Mets a much needed right-handed bat to their lineup. Cespedes returns to an excellent 48% hard hit rate and now 7 home runs. He's slashing .279/.375/.647 on the season and should produce at a top-40 level the rest of the way.

Robbie Ray (AZ) - The left-handed Robbie Ray takes on a Milwaukee Brewers team that is actually pretty good against left-handed pitching, but they also bring a 26% strikeout rate. That's both a dangerous and an exciting combination for the high-strikeout, homerun prone starting pitcher. Ray has been very good at inducing swing and misses this year (13% swinging strike rate), but his 43% hard hit rate is always a concern whenever he pitches at home in the high-scoring Chase Field environment. He's not going to come cheap on FanDuel at $10,300, but that only further pushes him into tournament viability for me. The higher price will driver away some potential owners, giving you a bigger edge if he can rack up double-digit strikeouts.