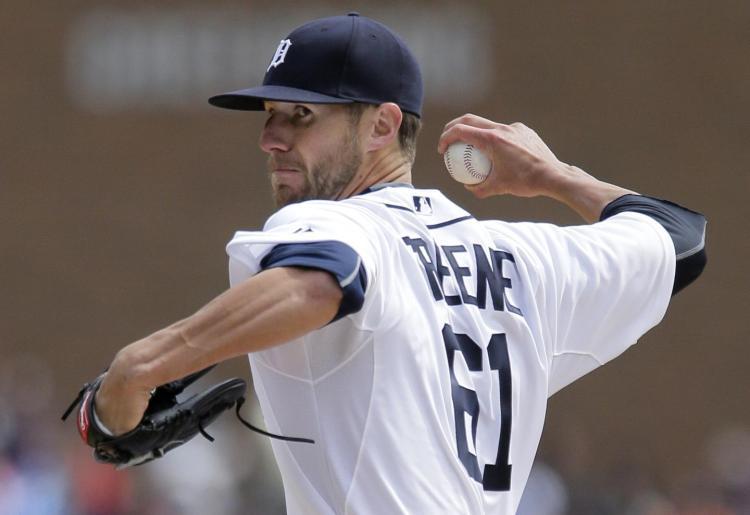 Well if excitement is what you were after, this year's trade deadline was as thrilling as they come. If you include the month leading up to July 31st, we saw eleven teams make a change at the closer position, which means one in three teams have a new closer, as of today, than they did in June. These teams include the Giants, White Sox, Athletics, Marlins, Tigers, Padres, Rangers, Mets, Twins, Cardinals, and Nationals. If you remember about a month ago, I was beating myself up for advising all of our subscribers to make sure they drafted at least one closer from the top-10 this season in your drafts. At the time, my justification for my missed call was tied to the number of saves my original top-10 had completed by the all-star break in comparison to the leaders in the saves category. However, after the huge closer shake-up over the last month, 8 of the 10 closers I recommended to draft in the pre-season still have their jobs today. When looking at my total ranking of all 30 closers heading into the season, just 13 of the 30 still have jobs today. That means just 5 closers outside the top-10 are still closing games for their teams today. Next spring when the entire industry is telling you to push up starting pitchers and push down closers, remember this fact. I'm not disputing that the closing jobs are volatile, but I remain committed to my stance that you can find an edge by investing in the elite options early and save your FAAB money to chase the offensive prospects and not the reliever handcuffs.

With that out of the way, let's take a look at what's going on in the closer landscape this week:

-The trade of Justin Wilson has opened up save opportunities for the Tigers bullpen and it looks like Shane Greene is the primary beneficiary. As you might remember, I thought the team may give the homegrown Bruce Rondon a chance in the 9th if Wilson got dealt, but that Greene was a better talent. The latter is still true while the former is obviously not happening. For what it's worth, Rondon did get the save on Friday night, but it was only because Greene had thrown in 3 straight games. Greene has certainly outperformed his peripherals this season with a 2.54 ERA compared with a 4.46 xFIP. Most notably, his walk rate has jumped up nearly 5% to 13% overall while he has simultaneously benefited from a high 83% strand rate. Part of his strand rate improvement can be reasonably attributed to to a slight uptick in his strikeout rate, but it's certainly largely been driven by favorable sequencing. Expect to see some regression here moving forward.

-The structure of the Nationals bullpen is taking shape as Brandon Kintzler pitched the 7th inning, Ryan Madson in the 8th and Sean Doolittle for the save. The Nats and Mike Rizzo win the award for the most dramatic improvement of an area of need. The trio isn't as scary as the backend of the bullpen for Yankees or the Indians, but it's a huge step forward from what they had. Doolittle has to be considered among the top closers the rest of the way given the high number of save opportunities he'll likely see.

-The Mets' Jeurys Familia is currently on a rehab assignment and told reporters that the third week of August is a reasonable estimate for his return. Familia struggled with command before it was revealed he was injured earlier this season. With the acquisition of AJ Ramos, the Mets have no need to rush their closer along, so it's doubtful he'll be much (if any) of a fantasy asset the rest of the season.

-Trevor Rosenthal has stabilized the 9th inning for the Cardinals and now has seven saves on the year. He's poised for a strong final two months.

-After holding on to him at the deadline and suffering through his eight blown saves on the season, the Braves seem to have finally pulled Jim Johnson from the closing role. Perpetual closer of the future Arodys Vizcaino is expected to take over the reins and close for Atlanta. He notched his 4th save of the season on Friday night.

-Brad Ziegler appears to be the primary one to own in Miami after the team shipped AJ Ramos out of town, but even his hold on the closing job may only be temporary until Kyle Barraclough returns. There's still no timetable to return for the nasty throwing right-hander, so he's still not a great option to stash. Nonetheless, his skillset is far more interesting from a fantasy perspective than Ziegler's and the team undoubtedly wants to see if he will be able to close out games in the future.

-Bud Norris has allowed 4 earned runs twice over his last 4 outings and has also walked 6 batters during that stretch. Nonetheless, Norris still got the save on Thursday. The trust in Norris is probably less about trust in him as it is distrust in Cam Bedrosian. The latter also has had a rough week, allowing 6 earned runs over his last 4 outings. Bedrosian has gotten very unlucky posting a 65% strand rate with an ERA that's over a run higher than his xFIP. I really love his 12% SwStr% and am not overly bothered by his high flyball tendencies given his home park. On the other hand, Norris has also flashed great strikeout ability, but his control problems are starting to bite him (12% walk rate). Bedrosian is the future here, not Norris, which makes me lean towards grabbing Bedrosian as a quality handcuff.