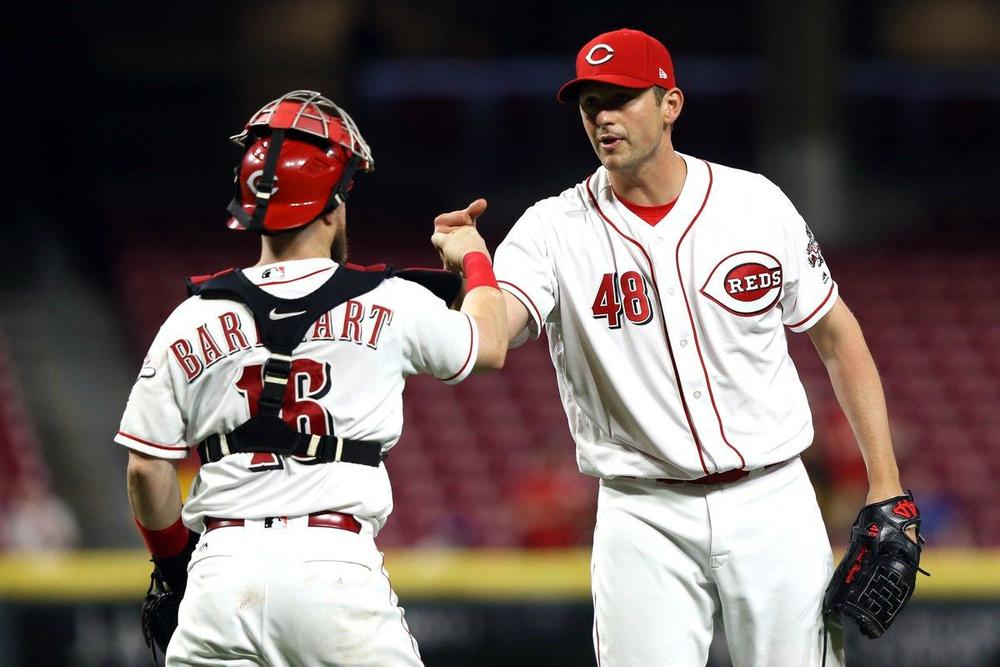 It's the last week of May, but it finally feels like April in the closer world. Lots to discuss and tackle in this week's closer update. Unlike last week, there's actually new situations to discuss and analyze, while also creating some targets on the FAAB bidsheet for this week. On that topic, don't forget to set FAAB on Sunday! It may be a long weekend and Sunday might feel like Saturday as you're heading out to your BBQ or hanging by the pool, but this might be a crucial week to pay close attention to relievers on the waiver wire, so don't miss out!

-It's not even June and already we have seen our first trade involving a closer! The Seattle Mariners acquired Alex Colome from the Rays on Friday afternoon, essentially moving him from a closer on a bad team to a set-up man on a good team. The move also shakes up the back end of the bullpen for the Rays. Considering the fact that Sergio Romo is more likely to lead the league in games started than games saved, we can safely assume he won't be in the mix in the ninth inning (at least right now). Jose Alvarado is the most likely pitcher to assume the ninth inning, at least at first. Alvarado is left-handed, so that could work against him since teams tend to hesitate using their top lefty in just the ninth inning, but he has an excellent fastball that averages nearly 99 MPH and an equally dominant curveball that clocks in 13 MPH slower at 86 MPH. He generates groundballs like it's his job (I guess it is?) and limits his hard contact allowed. At this point, I believe Alvarado is the man to own, but should he falter, Sergio Romo could once again see save chances since he's the only one in this bullpen with closer experience.

-I think it's safe to say the Tyler Clippard experiment is over in Toronto. At some point, it seems inevitable that every team Tyler Clippard joins ends up experimenting with him in the ninth inning. It's like some weird, old world baseball rite of passage. Unfortunately, as we've pointed out ad nauseum, Tyler Clippard is not a good pitcher in the ninth inning. Tyler Clippard is an excellent pitcher in the 8th inning. Now that it looks like Roberto Osuna's assault charge is physical in nature (and hard evidence), it looks like we're going to be dealing with this situation for a long time. Clippard was brutal over the last week, so it was Ryan Tepera who got the save opportunity on Friday night with a two run lead. The inning started out harmless enough with a flyout to right field, but after a single and a double, Tepera looked flustered and ended up throwing a wild pitch to let a run come around an score. Tepera then proceeded to walk the next two batters to load the bases before finally striking out Rhys Hoskins and inducing a groundout to get out of the jam. Whew, yuck. I don't really know what to even say here. Seung Hwan Oh continues to not be used in high leverage situations, and until tonight, Ryan Tepera has remained effective in the 8th inning as a set-up man. He-Who-Must-Not-Be-Named, aka Lord Axford aka John Axford, has allowed runs in four straight appearances and absolutely, positively, no question about it, should not be used in the 9th inning. So what does that mean? I guess it means the door is open for Oh to potentially see looks in the 9th inning. I'm not writing off Tepera getting a second chance, either. I, personally, am a Tepera owner in most of my leagues, so I'm holding steady.

-The Reds Rasiel Iglesias landed on the disabled list this week with a biceps injury that had apparently been bothering the closer for several weeks. Here's what he had to say to the Cincinnatti Enquirer, "I've been pitching like this for the last three weeks," Iglesias said. "Sunday, I wake up and (thought), 'I can't pitch like this. I can't get my full extension.' I decided to talk to the trainers. I let them know my issue. Before Sunday, everything was fine. I could pitch with the pain. But after Sunday, I said I don't want to go out there and pitch and hurt the team." All this came after an ugly blown save against the Cubs last weekend. While he's technically eligible to come off the 10-day disabled list in the middle of the upcoming week, the injury sounds like it may require more than the minimum amount of time. Jared Hughes got the save for the Reds on Thursday night and he has been and remains our preferred handcuff, at the moment. You can read more about him in our "handcuff of the week" featured section below.

-After another shaky appearance for Jeurys Familia and his fourth blown save of the season on Thursday, Mets manager Mickey Callaway told reporters that "If you look at the numbers, he's been our best reliever. There's no way around that. People can say, 'Nobody else has four blown saves.' Well, nobody else has pitched in really close games in save situations. If you look at it, the year he had 51 saves, all of his numbers are way better than that. He's having a career year, numbers-wise." Hmmm, well, that's not quite true. His groundball rate is at an all-time low, his xFIP is the highest it's been since 2014, his SwStr% well below his rates in 2015 and 2016, as is his chase rate which has plummeted below 30%. Yes, his overall strikeout rate is up and his ERA looks good, but he's getting some benefit from his strand rate. Is he as good as Mickey Callaway is describing? No way, I'd much rather than the 2015 or 2016 version of Familia. Is he a bad closer? Not at all. He's a serviceable guy and I believe his manager when he says he's not in danger of losing his job.

-As we predicted last week, Blake Parker got the most recent save opportunity for the Angels. He's not a great option, but he's the option the Angels deserve. Okay, well, that came out kind of uppity and Batman-esque. Nonetheless, Parker is the flavor of the week, but I do think he has what it takes to hang on to the job for the long haul. He's a wise spend on waivers this week, if he happens to still be available.

-Greg Holland is still terrible. Moving on.......okay just one stat comparison because it gives me the warm and fuzzies inside when I vehemently take a stand and it turns out right (since I'm probably wrong 99 other times).

-If you're trying to chase saves in Philly, just stop. You won't predict what is going on inside the mind of Gabe Kapler, and it's probably not going to end well. I'm sticking by my assessment that Hector Neris remains the most talented arm in this 'pen and as a result, will end up with more save opportunities. Will he be the exclusive closer? Probably not. But it's non-value add to continue chasing Kapler's pet project in any given week.