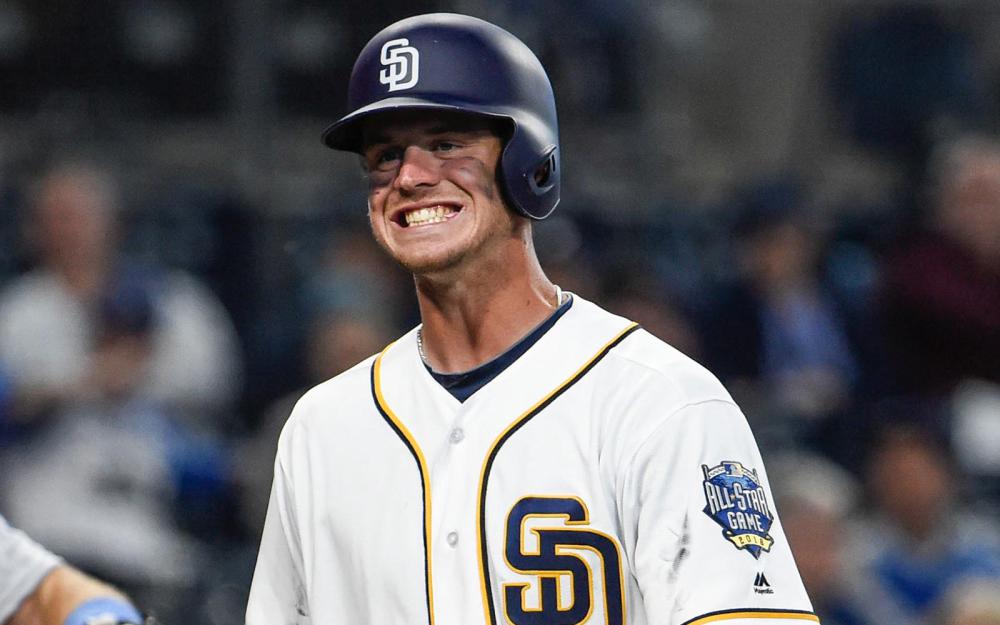 Wil Myers went 2-for-2 with two homers, four RBIs, four runs and three walks Saturday against the Blue Jays. Myers helped pace San Diego's 19-4 thrashing of Toronto with his eighth and ninth homers of the season - equaling his entire power output for the month of May in one night with the two dingers. Myers had been in a massive slump over the last month, so it was encouraging to see him break out north of the border. He'll need to keep hitting to move back into the cleanup spot, however, as he's been batting seventh lately due to his recent struggles, which has limited his fantasy value as a result. He only has 19 RBIs to go with his nine homers on the season, for instance.

Patrick Corbin notched his second career shutout Saturday, yielding just four hits and one walk to the Marlins while striking out five. The lefty needed 116 pitches to do it, but he recorded his first complete game of the season and just the fifth of his career, lowering his ERA to 2.85 in the process. Corbin has been one of the few bright spots for Washington this year, although the Marlins have are once again a very weak opponent. He's having another strong campaign after finishing fifth in the NL Cy Young race last year, and another top finish could be in the cards this year as well if he keeps it up.

Derek Dietrich went 1-for-3 with a solo homer, a walk and two runs scored Saturday against the Cubs. Dietrich led off the top of the eighth with a game-tying solo shot against Yu Darvish, knotting the score at 6-6 with his 13th homer of the year. The 29-year-old has been one of baseball's most surprising breakouts in 2019, as the move from Miami to hitting-friendly Cincinnati appears to have given him a boost. His 13 long balls are just three shy of his career high from last year, and he boasts an impressive 1.004 OPS despite hitting just .243. While he's unlikely to maintain this pace for long, it's worth noting that his plate discipline (12:25 BB/K ratio) has improved considerably from last year (29:140).

Addison Russell went 3-for-4 with a two-run homer and two runs scored Saturday vs. the Reds. Russell enjoyed his first three-hit game since the Cubs reinstated him in early May, lifting his average from .200 to .256 in the process. He had been in a slump lately, going just 2-for-17 over his previous six games before breaking out. While he's still just 25, Russell isn't a strong fantasy option after hitting .245/.311/.376 in 2017 and '18 combined. Fantasy GMs in NL-only leagues may want to give him a look, but owners in mixed leagues can pass for now unless he shows more signs of returning to his 2016 form.

Hunter Renfroe went 4-for-6 with two homers, four runs, three RBIs and a stolen base Saturday against the Blue Jays. Renfroe and Wil Myers both went deep twice for San Diego in its 19-4 rout of Toronto, with Renfroe tallying a game-high four hits. He also added his third steal of the season for good measure. The 27-year-old has had an up-and-down season thus far, but he's been on fire in May with eight home runs and 17 RBIs this month, albeit with a .257 average. He's a streaky hitter due to his 8:41 BB/K ratio, but his 14 homers make him worth owning in most formats, even though he frequently comes in off the bench.