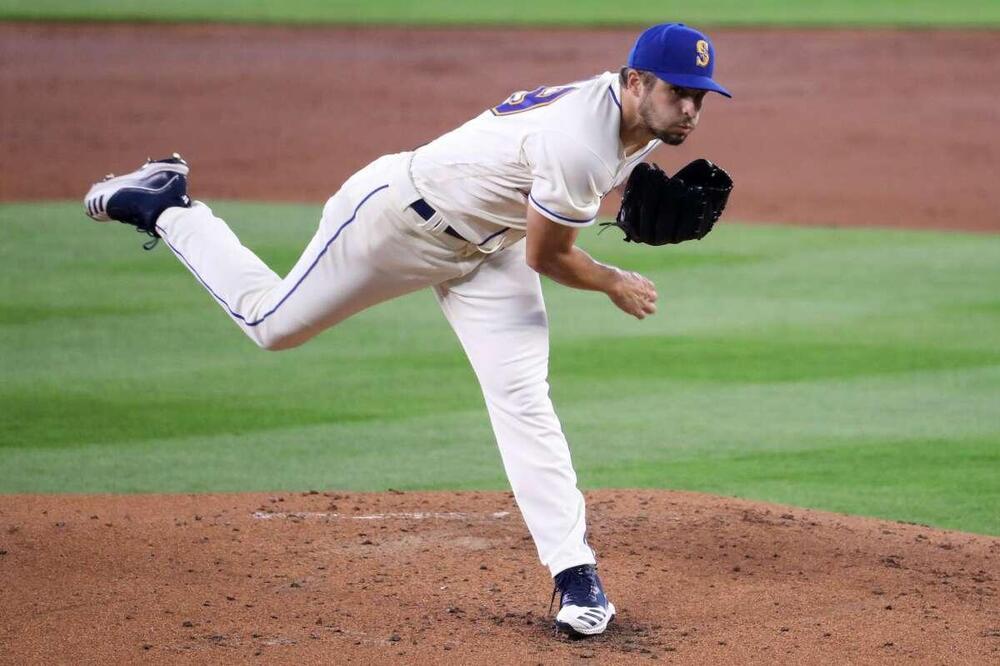 By the end if this week, we'll be roughly one month in on the 2021 Major League Baseball season! After a flurry of late spring training news and earlier season uncertainty, we've seen a relative sense of stability over the last couple of weeks. In particular, many of the uncertain situations going into the year now have a lead closer, giving fantasy owners a better idea of save scope. Here's a look at what you need to know for your week ahead in bullpens in the Week 4 A Closer Look:

-What was once considered a strength for the Reds, Cincinnati's bullpen has struggled recently. Original closer Amir Garrett has walked more than he has struck out to begin the year, getting outpitched by both Lucas Sims and Sean Doolittle. That was, at least, until Sims and Doolittle each melted down on Thursday against the Diamondbacks a day after Garrett suffered a three-run meltdown of his own. Excluding Thursday's meltdown, Sims is sporting a 3.00 ERA with a 39% strikeout rate and 9% walk rate, while Doolittle would have had a 2.70 ERA with a 41% strikeout rate and 11% walk rate. The challenge is that both Doolittle and Sims are flyball pitchers in one of the league's most homerun-prone ballpark. Given the previous closing experience Doolittle has and the struggles of Garrett, Doolittle has a slight edge in the bullpen hierarchy over both Sims and Garrett.

-Great news, Jordan Romano owners! It's looking likely that the "should-be" closer will be activated from the injured list on Saturday. It's a best case outcome for the righty who will end up spending just the minimum required time on the injured list. While the Blue Jays failed to name an official closer, Romano is expected to be a big factor in the 9th inning as he continues to leverage the slider he added in 2020 to add to his strikeout totals.

-Remember in the pre-season when Devin Williams was being drafted and valued like a full-time closer despite coming off a season that ended with a rotator cuff injury and pitching in a set-up role for the best closer in the game? Shockingly, that gamble hasn't paid off for fantasy owners yet. In fact, Craig Counsell has even said that Williams isn't even his top set-up man anymore. Okay, enough with the snark, but for real - look for rookie J.P. Feyereisen or veteran Brad Boxberger to see higher leverage situations until Williams can work out his struggles. Feyereisen has yet to allow a run, but his high walk rate and pedestrian reliever strikeout rate don't do much to sell him as a longterm solution for Milwaukee. Meanwhile, Boxberger is who Boxberger is - he simply doesn't carry the upside that Williams offers. D-Will owners are best positioned to hold their shares for now.

-The Oakland A's closing situation got slightly murkier on Tuesday when Jake Diekman tallied his first save of the year with Lou Trivino setting him up. The reasoning for the shift in roles was even more confusing - manager Bob Melvin said that he preferred Trivino come into the game mid-inning and face the top of the order and Diekman to start a clean inning and face the middle of the order. The weird part? Trivino came in to relieve Jose Berrios to face lefty Luis Arraez (despite Diekman being the lefty pitcher) before getting Mitch Garver and Josh Donaldson out and then Diekman faced the more difficult outs - Byron Buxton, Nelson Cruz and Jorge Polanco. The following day, Lou Trivino gave up a 3-run homerun in the 10th inning to Byron Buxton. On Friday, Jake Diekman got the call again and tidied up his 2nd save of the year. Trivino likely had the night off due to pitching in 3 of the last 5 games heading into Friday. Right now, Trivino still seems likely to get the next save chance, but he's not nearly as locked into the role as it seemed about a week ago.

-Cesar Valdez has been excellent in the closing role for the Orioles and he now has four saves and the team seems to be committed to scratching the idea of stretching him into a starting pitcher. As a result, look for Valdez to hang onto the closing role even after Hunter Henry returns from an oblique injury (which is a long way away anyway - he is on the 60-day IL). The biggest surprise for Valdez has been his swinging strike rate, which has jumped to 17% this season, continuing the progress he showed in 2020 due to a significantly greater reliance on his change-up, which he throws nearly 80% of the time. Not only is he missing bats, Valdez has yet to give up a barrel and has a 61% groundball rate. Lots to be enticed by.

-The Diamondbacks closing situation remains dicey and given the overall fluidity, it remains strictly in the " just avoid it" category. Stefan Crichton continues to give up plenty of contact, leading to runs, and even left his last appearance in the 10th inning after getting hit by a comebacker. If you're absolutely committed to chasing saves in the desert, Kevin Ginkel or JB Bukauskus might be your next two targets. Ginkel has nice combination of a high ground ball rate (52%) paired with an above average 15% swinging strike rate. The only issue with Ginkel is that he's been so effective at the team's set-up man, Torey Lovullo may be hesitant to change something that's working. Enter JB Bukauskus, a former 1st round selection and current top pitching prospect, who made his major league debut this week. He will be pitching in the bullpen. See the "Handcuffs to Watch" section below to learn more about his repertoire.

-The most unlikely terrific trio is in Seattle where former failed starting pitchers Kendall Graveman, Rafael Montero and Keynan Middleton have combined to create one of the most consistent late inning performances among any MLB team. Currently, Kendall Graveman is serving as the team's semi-primary closer, but Montero has settled nicely in the 8th inning and Middleton has pitched with in the set-up role. Graveman has significantly improved on his sinker this season, touching upper nineties, locating it with pinpoint control and adding so much movement that many pitch recognition systems are mis-labeling it as a slider. Graveman's gains have been tangible and this doesn't look like a situation that screams sell. For the first time since Edwin Diaz, perhaps the Mariners have found themselves a legit closing option.

-The Royals placed Greg Holland on the injured list with an undisclosed condition. Yahoo's fantasy app originally reported it as the COVID-19 list, but it's been challenging to find an additional source confirming that. Nonetheless, Josh Staumont has begun to emerge as the team's best reliever over the last week and figures to get first crack at any save.

-The Rays placed Diego Castillo on the COVID-19 list with side effects from the vaccine. It's likely a short-term trip for Castillo, so no change of hierarchy here.