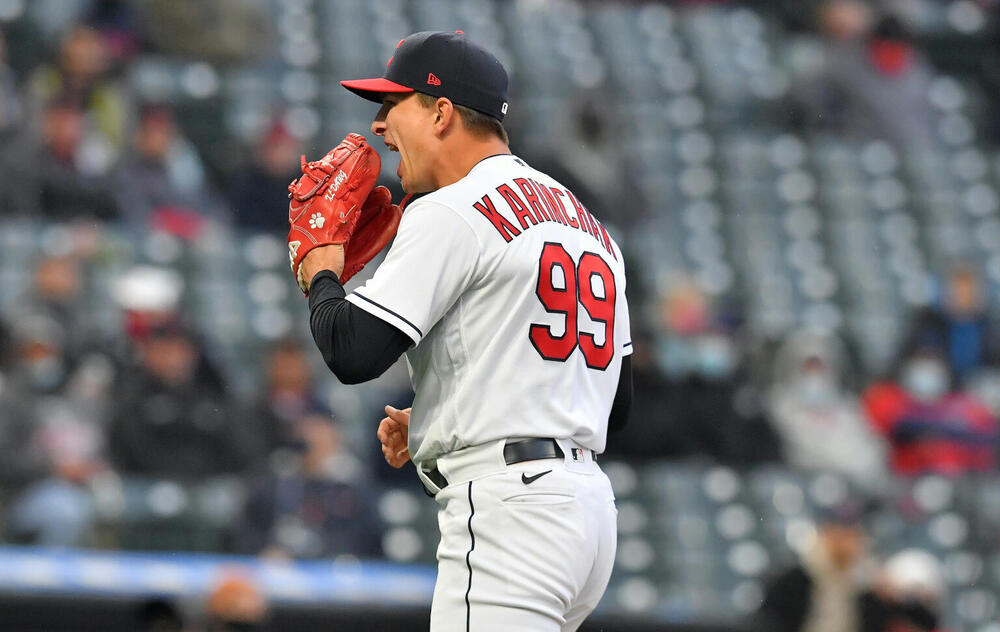 We're roughly 8 weeks into the fantasy baseball season and the closing pool has been noisy, but it hasn't been a nuclear meltdown. We touched on the save leaders last week and this week, we'll touch on a slightly more practical application. One of the things I enjoy doing throughout the season is baselining my fantasy teams against the best of the best. To do this, I head over to the NFBC and look at the Main Event overall standings. The leader in the category has 41 saves - or roughly 5 per week - and unsurprisingly his closing group consists of Ian Kennedy, Mark Melancon and Alex Reyes. The interesting thing, however, is how spread apart the rest of the top-10 are placed. Second overall has 38, third overall has 35 and the 10th overall has 11 fewer saves than the leader at 30 (5 teams are tied for 10th). Perfect execution of the zero closer strategy is difficult, but it's clear that 2021 is setting up nicely for those that took the chance.

Here are some updates from around the league:

-It's good to be in Cleveland, at least if you're Terry Francona and you're looking at your late-inning bullpen options. Despite the fact Emmanuel Clase has 7 saves and a 0.95 ERA, Francona appears to be making a change in the 9th inning back to pre-season closer favorite James Karinchak, who has seen each of the last two save chances and has better strikeout and walk rates, as well as a lower ERA than Clase. In fact, Karinchak has the raw tools to be the most dominating closer in the game if given regular opportunities. He's probably gone in most leagues, but in smaller leagues with weekly FAAB runs, it's possible he could be available in some leagues. He's worth breaking the bank - think 30% of FAAB or so.

-You didn't actually expect Gabe Kapler to miss an opportunity to position-share, did you? Just when it looked like Tyler Rogers had usurped the closing job from Jake McGee, the latter notched the save on Tuesday after Rogers pitched in back-to-back games Sunday to Monday. McGee remains the more interesting arm for fantasy owners because he has more strikeout upside, but it's clear that Kapler still has some degree of trust in McGee, which will ultimately create a headache when trying to determine who will be the closer of the night. At this point, it's wise to hold onto both players until further clarity can be found.

-Despite serving as the undisputed closer before going on the injured list a few weeks ago, Diego Castillo has served as a set-up man for Pete Fairbanks in both of his appearances post-activation. Nonetheless, Fairbanks has been less-than-dominating, allowing hits in all but one appearance this season and free passes in more than half of his games. During his most recent save on Wednesday, Fairbanks actually allowed three baserunners and an earned run. If you're a Castillo owner, don't give up hope yet because there remains an opportunity for him to see saves.

-It's probably a combination of low save chances and Mike Matheny's resistance to labeling him a closer, but Josh Staumont is more or less Kansas City's closer, yet he remains unowned in about 54% of Yahoo leagues. The number of walks that he allows remains a concern, but he has elite stuff, particularly his 97 MPH fastball, but his pairing with his 81 MPH curveball keeps hitters off balance.

-The Diamondbacks closing situation has been a mess for much of the season, but it did finally look like Stefan Crichton was closing in on "being that guy". However, it's been nearly two weeks since his last save and he pitched in the 7th inning in each of his last two appearances. Part of that was because he was due for an appearance simply because the Diamondbacks haven't had many save chances recently. In fairness though, the Diamondbacks did have the lead on Wednesday in his latest 7th inning appearance. In general, this remains a situation to avoid.

-Rafael Dolis suffered his first blown save of the year on Thursday and then landed on the injured list with a strained calf. Jordan Romano has been pitching well in the 8th inning and will likely assume the closing responsibilities. He has better overall stuff than Dolis and has pitched decently since being activated from the disabled list on April 24th. Romano is still missing the swing and miss stuff that he flashed last season (12% this year vs 19% last year) and part of that is due to a big decline in the amount of pitches hitters are chasing out of the zone. Interestingly, his slider actually has a pitch rating higher than last year, but it's his fastball that's showing significant declines. Keep in mind, all of this is still results in just a 69% contact rate, so he's still pitching well, but he's just not pitching at the elite level that he was at in 2020.

-Gregory Soto, not Michael Fulmer, got the latest Tigers save. Talk about frustrating, but neither of these guys post numbers that are "must have" if they aren't getting saves. Ideally, one of these guys will take the lead, but for now you'll need to sit tight.

-The struggles continued for Cesar Valdez this week, so he remains on squarely on the hot seat. Paul Fry got the latest 8th inning hold, so he may be ahead of Tanner Scott in the pecking order, but he was also roughed up pretty badly on Wednesday after putting together a streak of strong appearances. Scott has only allowed one earned run this month - he has a nice 14% swinging strike rate and just a 64% contact rate allowed.

-Nationals closer Brad Hand continues to have shaky 9th innings, giving up runs in 4 of his 6 appearances in May with 2 blown saves. Meanwhile, former interim closer Daniel Hudson is working on his 8th straight scoreless appearance and 5th straight hold. A massive jump in swinging strike rate to 16% this season is driving a sustained higher strikeout rate, aligning with the 30%+ levels he was at in 2020.

-Tejay Antone continues to impress in the month of May and as Lucas Sims continues to falter, Antone seems to be pulling away from the rest of the Reds bullpen. While Antone has a sparkling 2.08 overall, if you take out his May 2nd meltdown and April 20th homerun allowed, his ERA would be a perfect 0.00 with a 27:6 strikout-to-walk rate. Add in his 55% groundball rate and we're dealing with a REALLY tough reliever. If you can still acquire him at a "not-a-household name" discount, now is the time to do so.