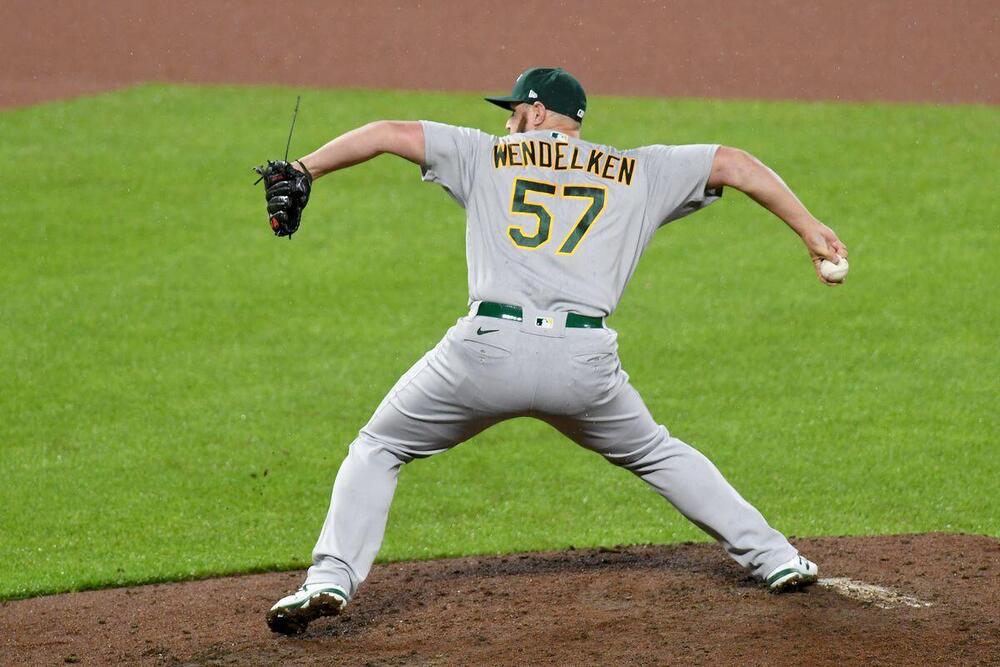 Welcome to the final edition of A Closer Look for the 2021 season! For those of you still battling for a championship, we'll continue to update you on all the news you need to know for the final FAAB runs of the year. For those of you on to Cincinnati (nod to Coach Belichick and my SiriusXM Partner, Lou Blasi), we'll also give first glimpse of the 2022 closer landscape to help you get a head start on the competition as we look towards next season.

-The Arizona Diamondbacks seem to be having a look towards the future, giving JB Wendelken his second save chance, while Tyler Clippard has seen just non-save chances this week. Wendelken is the one to own as the season wraps up. The 28 year-old righty spent the first four seasons of his career in Oakland and has found success recently by becoming a contact pitcher that induces soft contact. Long-term, there's not much to get excited about.

-Dodgers manager Dave Roberts seems to be trusting left-hander Alex Vesia in high leverage situations recently. He grabbed a save earlier this week and could be an option over the next 10 days.

-Tyler Rogers converted his first save since Jake McGee landed on the injured list. He's the top option to own in San Francisco right now.

-Nick Anderson and Colin McHugh are both back from the injured list for Tampa Bay and both are the two most likely options to save games the remainder of the year now that closer Andrew Kittredge landed on the injured list.

-The Tigers placed closer Gregory Soto on the injured list with a fractured finger this week, so Michael Fulmer is expected to serve as the closer the remainder of the year in Detroit.

-The Red Sox activated closer Matt Barnes, but the team seems to be content with a committee approach for the remainder of the 2021 season - consisting of Barnes, Adam Ottavino and Garrett Richards.

Tejay Antone (CIN) - When healthy this season, Antone was frequently used in the Reds' highest leverage situations. Unfortunately, having undergone Tommy John surgery just a couple months ago, that likely rules him out for most of 2022. Nonetheless, in dynasty formats where you have injured reserve slots, Antone could be a long-term option for Cincy. This is a long-term play designed for only the deepest of leagues, as this is also the 27-year old's second Tommy John surgery.

Blake Treinen (LAD), Brusdar Graterol (LAD) - Assuming the Dodgers don't re-sign Kenley Jansen, Los Angeles will be left with a hole to fill in the 9th inning. Former Oakland closer Blake Treinen and former closer-of-the-future Brusdar Graterol are two names to watch this off-season. Graterol got off to a rough start in 2021, but he has settled down and Dave Roberts has started using him in higher leverage roles recently.

Matt Cronin (WAS) - Currently in Double-A in the Nationals organization, this left-hander has put up massive strikeout numbers across two levels in the minor leagues. Viewed by some as the closer-of-the-future, he'll need to cut down on the walks before he'll see save chances, but once he breaks the big club he could have a nice fantasy impact.

Hector Neris (FA) - If there has ever been a pitcher that could use a change of scenery, it's Hector Neris. For years, Neris has teased us with tantalizing underlying metrics, yet he continually fails to convert actual save opportunities. A move away from the hostile Philly environment may do wonders for Neris' psyche.

Trevor Rosenthal (FA) - Signed a one-year contract with Oakland to be the team's closer after a successful reincarnation in Kansas City during the 2020 season, but Rosenthal has missed the entire season with injuries. Depending where he lands, he might be given another chance at a high leverage role.

Kirby Yates (FA - injury) - Yates was absolutely elite in 2019, but ended up getting injured for most of 2020 and eventually underwent Tommy John surgery in March of 2021. Keep him in the back of your mind for a late-round flier, depending where he lands.

Mike Mayers (LAA) - Current closer Raisel Iglesias is a free agent and Mike Mayers has served as his primary set-up man for most of the year - performing quite effectively. The Angels may make a push for one of the big name relievers in the free agent market if they can't re-sign Iglesias, but if not, Mayers is the most logical in-house option.

....And with that, another season of closer reporting is in the books! Thanks for joining me on this season's journey and good luck the rest of the way!