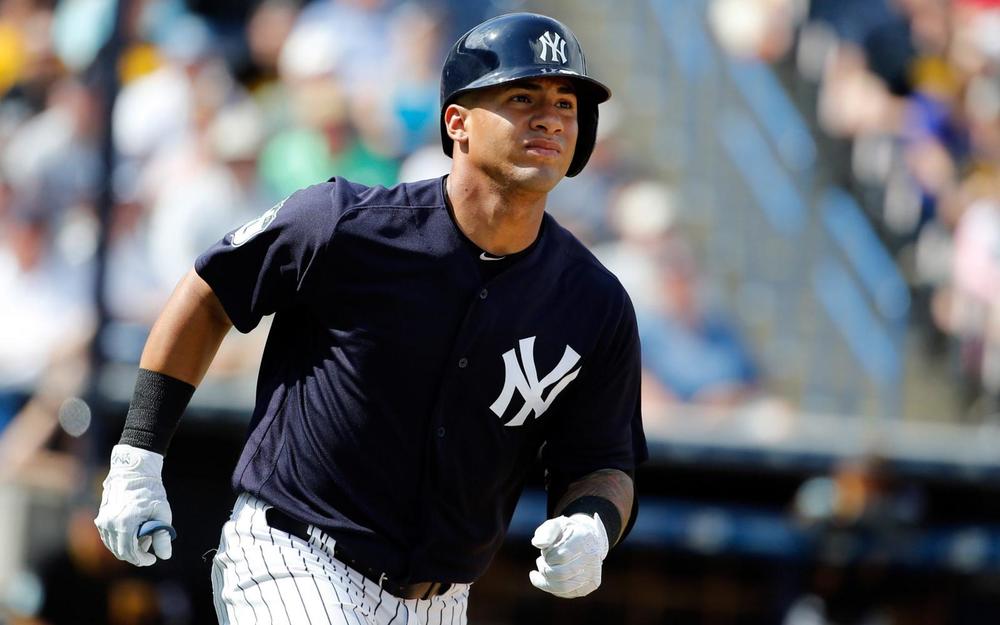 Gleyber Torres- SS- NYY- Stats- With Isiah Kiner-Falefa and his .298/.340/.383 taking precedence over Torres' .195/.244/.317, Torres has had to find playing time elsewhere, primarily sharing 2B with DJ LeMahieu and pinch hitting. Yesterday was a pinch hitting day and Torres came through with a walk off single. He is posting a better EV (89.6) and HardHit% (42.4%) than he has ever ended a season with. Torres also has a GB% of 29.0%, lower than he has ever had at the end of a season. He hasn't walked as much as usual (4.3%) but has a 19.6% K%, lower than his career mark of 21.7%. The main thing that has hampered him has been his .219 BABIP. Given the underlying numbers, expect Torres to break out and quite possibly find at least some of the power that has been missing in the last two seasons.

Camilo Doval- RP- SF- Rise Value- Doval shares closer duties with Jake McGee and earned his third save of the season yesterday. Although Doval's ERA of 3.68 is higher than McGee's 1.93, his xFIP of 3.62 is below McGee's 4.72. He also has a K/9 of 9.82, better than the 5.79 of McGee. Doval's weakness is a wild streak. He has walked 4 batters in 7.1 IP and yesterday, although he didn't allow a walk, threw 10 of 16 pitches for strikes. There doesn't seem to be a rush in manager Gabe Kapler's mind to settle on a single closer. With the Giants winning 2/3 of their games, there are save opportunities to go around.

Alek Manoah- P- TOR- Hot- Manoah has a quality starts in each of his 3 outings this season. Each has lasted 6 IP and he has not given up more than 2 runs in any. Yesterday Manoah allowed 2 runs on 7 hits, walking no one and striking out 5. For the season he has a 2.00 ERA, 9.00 K/9, and 3.00 BB/9. Nice round numbers. Manoah has enjoyed some good luck, with a FIP of 3.65 and xFIP of 3.66, but even those are solid. He is doing what Toronto wants him to do. Manoah has a 3-0 record, and his underlying numbers are promising that he can maximize his production on a solid team.

Yu Darvish- P- SD- Hot- Darvish has thrown 3 quality starts in 4 outings this season. Yesterday he tossed 6 scoreless IP, allowing just 1 hit, walking 3, and striking out 7. Darvish's ERA had been inflated to 6.28 due to a horrendous second start of the season, but it dropped to 4.22 after yesterday. His K/9 is 8.85 and rising. Darvish has an FIP of 3.97 and looks like he is getting to be the pitcher we have gotten used to. His fastball has been hitting 95 mph on a regular basis. At 35 years old he is still producing.