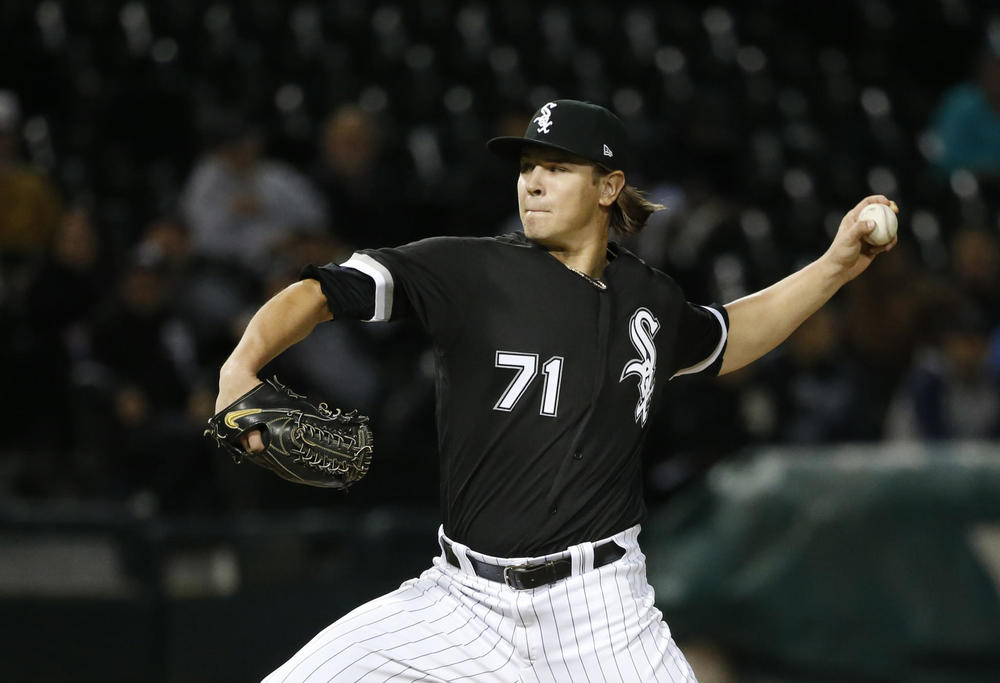 -Atlanta closer Arodys Vizcaino hit the disabled list over the weekend with what the team is classifying as a shoulder injury. Originally the Braves expected Vizcaino to only miss a couple of days, but obviously things didn't improve enough for him to come back. Assuming things progress well, there's a chance he could return before the all-star break, but with the Mid Summer Classic just a couple of weeks away, it probably makes more sense for the contending Braves to play this one cautiously. AJ Minter hasn't pitched at the same level he did last season, taking noticeable steps back in both strikeout rate (down 18%) and walk rate (up 7%), but he will most likely be the primary closer for the team while Vizcaino is on the shelf, although we haven't seen a save chance yet to confirm (although Minter was lining up for the 9th in a game where they increased the lead beyond a save qualification). Without the elite strikeout rate, Minter profiles as a middle-of-the-pack type of reliever, but nonetheless, he's pitching for a very good Braves team that has ample opportunities. Shoulder injuries are a tricky thing and something that seems benign can turn into a bigger issue in a hurry. Minter is probably one of the better handcuffs that will fall into save opportunities in the short-term, so he's definitely worth a speculative add, but there's nothing overly concerning coming out about Vizcaino so his stay as closer may be short.

- Void of any remotely intriguing closing options, former Brewers starting pitcher Wily Peralta seems to be staking claim to the closing gig for now. Peralta has locked down both of his save opportunities over the last week, allowing a hit in each and striking out a total of 3 batters. Peralta remains nearly as inconsistent pitching out of the bullpen as he was as a starter, as evidenced by a 6:4 strikeout-to-walk rate over 4.2 innings pitcher, despite walking batters in just 2 of his 5 outings. That volatility could get him into trouble, but for now he's the "best" option in Kansas City. I need not remind you that the term "best" is all relative.

-Brandon Morrow was activated from the disabled list, so thankfully we no longer have to attempt to get inside the mind of Joe Maddon. Not only is that nearly impossible, it's ill-advised. Assuming Morrow has received the proper training on how to take of his pants, his injury should be a thing of the past and he jumps right back into our top-10 rankings.

-Hector Rondon has officially jumped Ken Giles in my Houston Astros rankings for the first time all season. Giles has been, hands down, the biggest disappointment among fantasy closers this season simply because he completely lost the trust of his manager. Giles remains perfect in the save opportunities he has been given, but ultimately, that doesn't do anyone good if he isn't actually getting save chances. Right now Hector Rondon is dominating the save market share, and until he falters, expect to see Giles getting opportunities in the 7th and 8th innings instead of the 9th.

-If you ran out and grabbed Mark Melancon on my advice last weekend, only to curse my name after Sam Dyson appeared to have pulled ahead in the race, fear not. Good things come to those who wait and after his 4th blows save, it looks like Melancon could have a shot at closing games again. Don't sleep on Will Smith, who is emerging as one of the premier relievers in the game, but Bochy loves a man with experience and Melancon has that.

-Gabe Kapler continues to play games in the 9th inning, not unlike what we're seeing from AJ Hinch in Houston. The difference is that Kapler is playing silly games like giving the likes of Tommy Hunter the ball instead of relievers who are actually, you know, still relevant. Nonetheless, Hunter blew his latest save chance, so Seranthony Dominguez once again should get the next save opportunity, but since the world is flat, who really knows.

-Don't look now, but Greg Holland seems to have regained his form. Since being activated from the disabled list on June 19th, Holland has made four scoreless appearances while striking out five batters, allowing just one hit and walking none. With Bud Norris continuing to be hit hard and blow saves, one has to wonder if the Cardinals will give their pricey new reliever another shot to claim the ninth inning. I'm grabbing him anywhere he's available in this week's FAAB.

-Edwin Diaz officially recorded his 30th save this week, putting him on pace for exactly 60 saves. It's doubtful he'll actually get there, but there's no denying he's been one of the biggest sources of value for fantasy owners out of the relief pool this year.