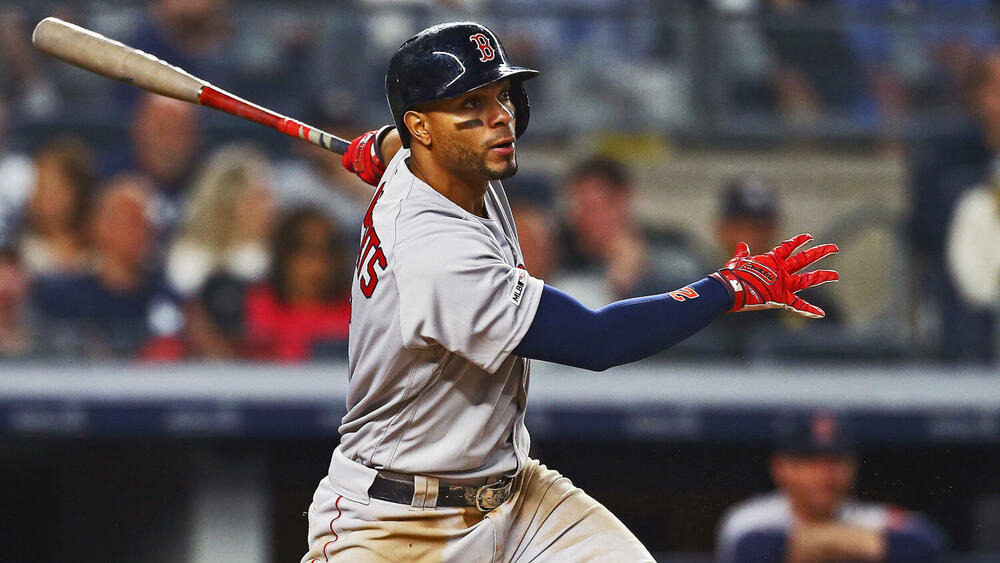 For years, baseball managers have practically competed in mini chess matches mid-game as they both sought the elusive "platoon advantage". In fact, these strategic moves - designed to give their team a higher probability of a favorable outcome - ultimately led to the three batter minimum rule for relief pitchers implemented in 2020. Traditionally, left-handed batters have a more difficult time picking up pitches from a left-handed pitcher and vice versa. As a result, the ultimate batting lineup against a left-handed starting pitcher would be predominantly filled with right-handed batters. There are players that are outliers with reserve splits (better hitters vs same-side pitching), but for the most part, split statistics back up managers' goal to give their batting order the most platoon advantages against an opposing team's pitcher.

The advent of Statcast and other advanced analytics have broadened this managerial strategy from merely handedness splits identified by a manager into an entire hitter/pitcher profile created by an organization's data analysts delving into even more granular breakdowns like pitch type performance, spray chart tendencies and even customized simulations of batted ball outcomes against a specific pitcher using launch angle and quality of contact metrics. The result has profoundly changed the way major league baseball is played and managed. The Oakland A's started this platoon revolution with their "Moneyball" approach in the early 2000's, the Astros proliferated the use of the shift against heavy pull hitters in the early 2010's and just about every major league baseball team since has rapidly increased the use of platoon players in their roster construction.

One consequence of this change in baseball management has been the reduced effectiveness of starting pitchers the third time through the batting order. In 2020, the league-wide ERA for starting pitchers the 3rd time through the batting order was 5.80. Consider that in 2018, the same average ERA was 5.50 and in 2010 it was just 4.96. As a result, the average length of an outing for all starting pitchers has also been negatively correlated with this worsening performance the third time through the order, lowering the average innings pitched as the average ERA increases. In 2020, the average length of each start was just over 4.2 innings pitched, down from 5.1 innings pitched in 2018 and 6.0 innings pitched in 2010. This seemingly small change has had a seismic impact on fantasy baseball and has created a scarcity in wins and quality starts and it's largely because lineups are becoming deeper with fewer holes thanks to improved platoon advantage for offenses.

So that's all well and good, but what does that mean for you in fantasy baseball? Does this mean splits matter more in the current environment or do they matter less? There are fewer everyday position players in major league baseball, which can cause issues in deeper fantasy baseball leagues. Weekly leagues add in another complexity because starting a platoon player in your lineup who doesn't start 1-2 games each week can have a big impact by the end of the season. Conversely, in daily formats, using platoon advantage as a way to build your optimum lineup continues to be an excellent way to get the edge. But at the end of the day, the best advantage that splits can offer is at the beginning of the pre-season when you're prepping for your draft. This is because the best way to offset platoon headwinds is to draft players that can't be easily platooned - or in other words, players that have even splits.

On this week's Fantistics Insider Baseball Show, Lou Blasi and myself will dive into the world of splits to give you an idea of what players you need to target and which players you should avoid. To get the conversation started, below you'll find a pair of leaderboards with the aggregate handedness splits from 2018-2020. 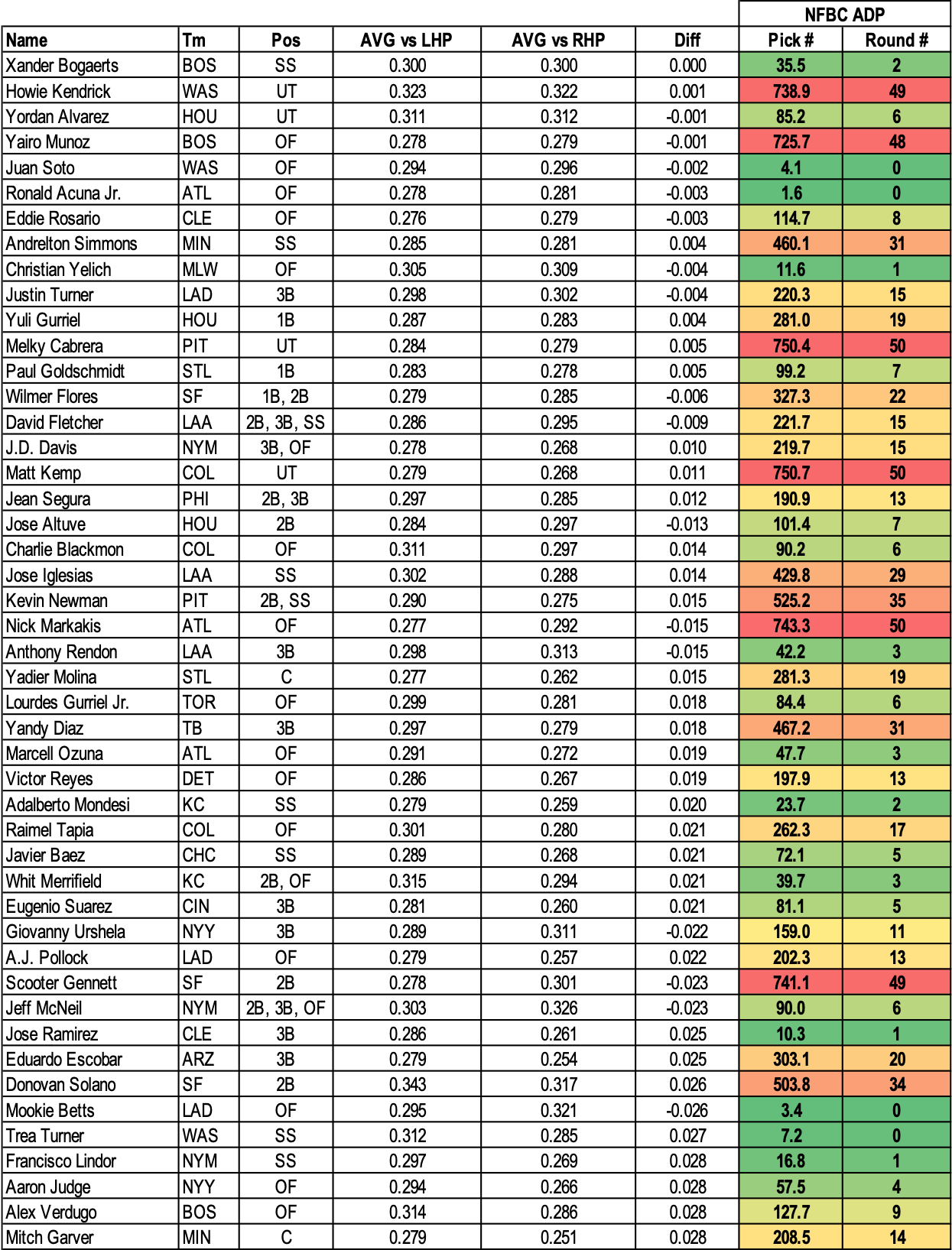 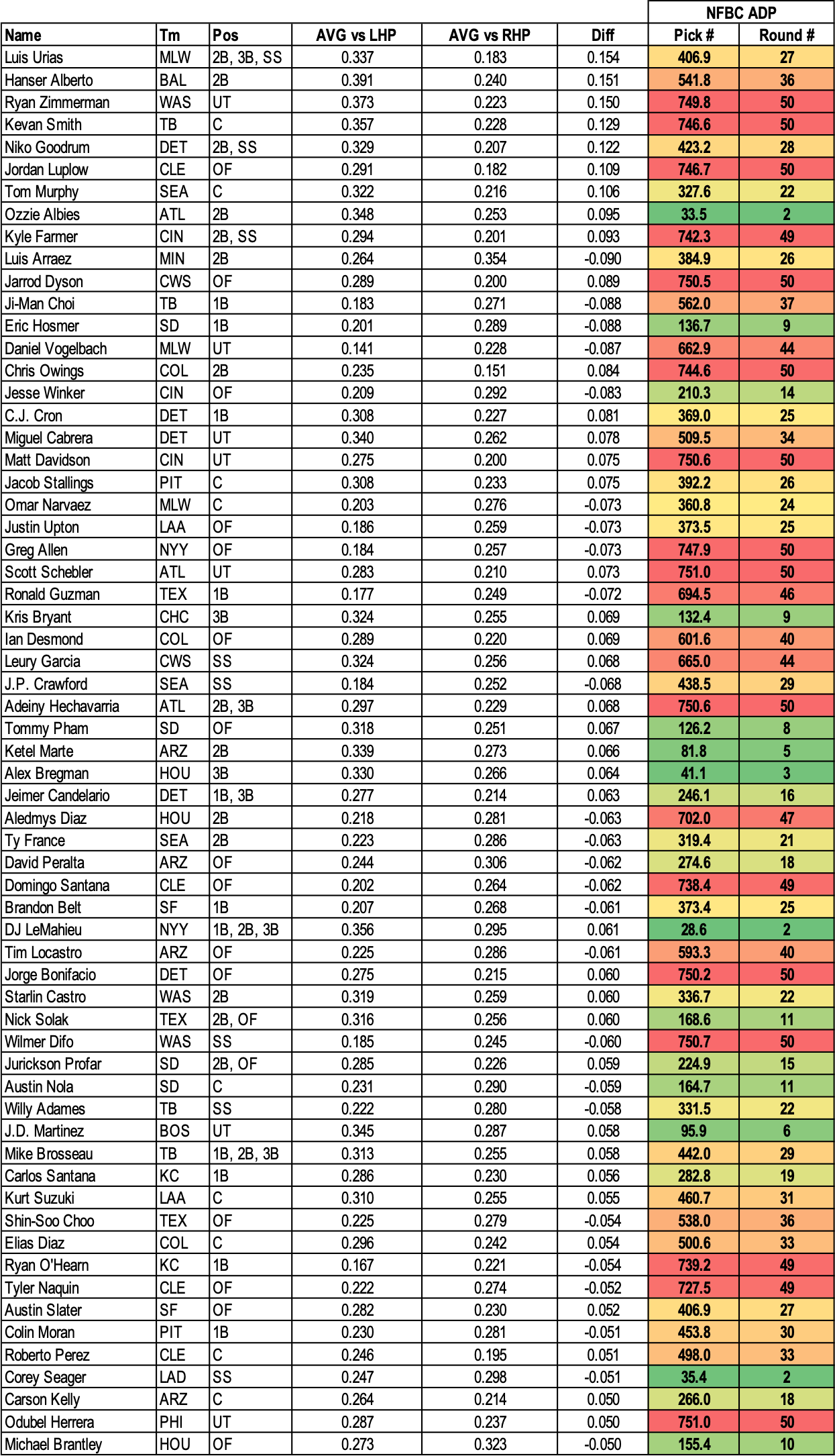