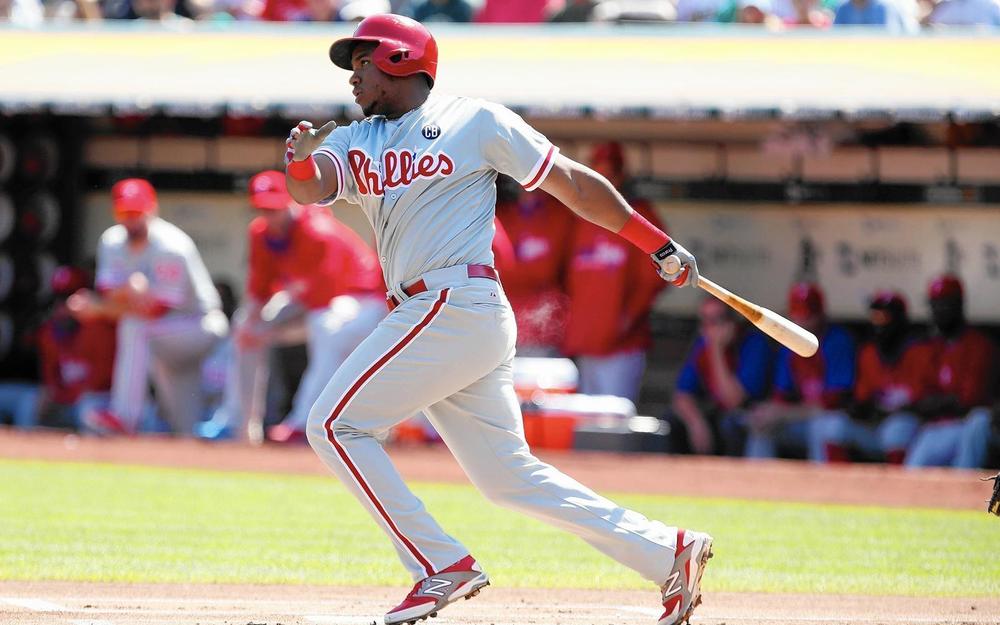 Joe Musgrove(SP): While the newly acquired Pirate allowed a .526 slugging percentage and 16 homers as a starter in 78 innings with Houston last season, Musgrove thrived in the bullpen to the tune of a .321 slugging allowed with two homers and a 31:5 K:BB ratio across 31 innings. The Pirates seem intent to make him a starter, so it remains to be seen if he can translate the success he found in the bullpen to the starting rotation. He should see some positive regression in the 16.4% HR-FB rate he posted last season with the park shift, he'll have a long leash to develop, and he'll get to work with Ray Searage, making him a solid speculative pick in deeper leagues.

Colin Moran(3B): David Freese is lurking, but the Pirates did trade Gerrit Cole in part to acquire Moran, so he'll get a chance to earn the starting job at third base. While he played 79 of his 82 MiLB games last season in the hitter-friendly PCL, don't be fooled: he can hit. He slugged .368 there in 2016, but a mechanical adjustment sparked the former first-round pick to post a .543 mark in 2017. He has consistently posted a solid EYE (175:363 BB:K ratio across 454 MiLB games) and has held his own against LHP, but with David Freeze and his .364 wOBA vs. LHP in 2017 lurking, Moran may start the season in a platoon. Overall, he is a name to watch in deeper leagues and in the majority of keeper formats.

Brian Anderson(3B): The offseason shuffling in Miami has opened up a starting spot at third base for Brian Anderson. The former third round pick hit 22 homers and posted a 48:98 BB:K ratio over 120 games in the minors last season before seeing some time with the big club. He also took a giant step forward in reducing his L-R splits by posting an OPS over .800 across 350 plate appearances, so there is optimism he could take the starting gig and run with it. Yes, there is significant risk here, but at nfbc pick 546 on average, he looks like a late-round steal.

Lewis Brinson(OF): The former-Brewer will have a chance to earn a roster spot out of Spring Training, at least according to the Marlins brass. Currently going as the 83rd OF off the board (330 overall), Brinson offers a significant upside that has been forgotten thanks to the .225 wOBA he posted last year during his first taste of the Majors. In fact, he lit up Triple-A to the tune of a .410 wOBA with 13 homers and 11 steals over 76 games before receiving the call, showcasing that rare blend of speed and power that has become even more valuable in the fantasy game. Brinson displayed excellent contact skills in the high minors too and did post a 12.7% walk rate with the Brewers last season, which gives me confidence he can get on base enough to be relevant in 12-team leagues by mid-season.

Rhys Hoskins(1B-OF): The slugger looks set to assume the full-time gig in LF. If you want evidence of how divided the fantasy community is over Hoskins value heading into 2018, look no further than his nfbc adp, which has a range from 31 to 79. We are buying in on the late second round-early third price tag and envision a monster campaign ahead for the 24 year old. Everyone knows about the power--Hoskins averaged 90.8 MPH on exit velocity according to Statcast (good for 16th in baseball) and was 17th in barrels per plate appearance. What gives us even more confidence is the plate discipline, specifically the 37:46 BB:K ratio and the 7.1% swinging strike rate he posted across 212 plate appearances. Yes, the HR-FB rate was bloated, but Hoskins still has a shot to hit 40 homers with a full season. Buy.

Maikel Franco(3B): Wow is third base deep. Franco is going as the 22nd 3B off the board (235 overall), so he seems to be the forgotten man in early drafts. While I thought he was being a bit overdrafted two years ago, I think he can be had at a bargain and would fit well as a CI in 12-team leagues or a 3B in deeper ones. He did struggle to make hard contact last season (31% hard hit rate, six percent barrel rate), but he did pull the ball at a 46% clip to take advantage of his home park. Also, he made some modest gains in his plate discipline by lowering his swinging strike and chase rates, so there is hope the 25 year old can put it all together in a better lineup.

Jake Arrieta(SP-FA): With the FA market continuing to move slowly, many insiders believe Arrieta may have to settle for a shorter-term deal. Where that is remains to be seen, but it should not impact his value significantly since he minimizes hard contact (29.4% last season) and has the ability to induce ground balls (45.1% last season). While he seems to have a knack for pitching without his best stuff, I'm concerned that the trends we have seen the past two seasons are systemic, specifically the move in swinging strike rate (11.1%, 10.5%, 8.8%) and chase rate (34.2%, 29.6%, 27.9%) coinciding with a decline in velocity (94.9 MPH avg fastball, 94.3, 92.6). I'm more comfortable viewing him as a low-end number two starter.

Miguel Andujar(3B-NYY): With the departure of Chase Headley and Todd Frazier, Andujar looks like the favorite to win the starting third base gig out of camp. The 22 year old has skills that should play right away, as he hit .315-352-.498 with 16 homers in 125 games last season at Double and Triple A. He also has displayed excellent bat-to-ball skills, striking out in only 374 of his 2271 MiLB at bats. The Yankees could always sign a veteran if things don't go well in camp, but I think Andujar will take and run with the job.

Yu Darvish(SP-FA): According to reports, Darvish is mulling over offers from five teams: the Cubs, Dodgers, Cardinals, Brewers, and Twins. While his decision will have a marginal impact on his fantasy value, what most early drafters want to know is can they trust Darvish to be their ace. I think they can, as the quality 186 innings he threw post TJ surgery that included a 12.3% swinging strike rate and a 7.6% walk rate give me confidence he can deliver top-12 SP value. He battles inconsistency, which hurts his value in h2h formats, but in ROTO, the numbers should be there by season's end.

Andrew Cashner(SP-FA): Much to the chagrin of fantasy owners, the Blue Jays appears to be on the verge of signing Cashner to a deal. Hopefully this news is enough to scare drafters away who were looking at that name and 3.40 ERA thinking there was back-end rotation value. A look at the numbers reveals that the right-hander enjoyed a .266 BABIP and an 8.6% HR-FB rate while striking out a stunningly low 4.64 batters per nine. His ability to induce weak contact on the ground gives him value in deeper points leagues, but in today's strikeout landscape, he shouldn't be drafted in most 12-team ROTO leagues.

J.D. Martinez(OF-FA): With the free agent market continuing to move slowly, many early drafters have to begin to factor in the possibility that a player may not sign before the regular season begins, especially when that player could go in the early rounds. With Martinez reportedly fed up with the number of years currently being offered, that 24.39 nfbc adp is looking more challenging to justify. However, Martinez provides separation in the power department, as evidenced by his 49 percent hard hit rate and 19.5% barrel percentage. He's worth the risk.

Todd Frazier(3B-NYM): Great sign by the Mets. While Frazier posted his lowest homer total since 2013, he also hit 25 homers for the fourth straight season and endured a .226 BABIP (career is .271). Gone are the 15-20 steal seasons, but with his batted ball profile and plate discipline still in line with career norms, Frazier looks to have enough left to be CI worthy in standard formats. I have no issue waiting for him in drafts, provided I have established a solid AVG foundation.

Zach Cozart(3B-LAA): I know health is a question, and yes the park shift out of the GAP will hurt him, but I sill believe Cozart isn't getting enough love in early drafts. He posted a .297-.385-.548 line over 507 plate appearances last season while displaying elite plate discipline and a second-straight season with a hard hit rate above 30%. I think the better lineup around him and the likelihood of more at bats will offset the park shift. If he stays healthy, he'll be a steal.

Gary Sanchez(C- NYY): I never consider taking a catcher in the first two rounds. Well, never say never. I'm all in on Gary Sanchez, as I want separators in this power-flush environment. He averaged an insane 414 feet on homers with a 107.3 MPH average batted ball speed on those homers. He also quietly improved his contact rate and lowered his swinging strike rate from 2016, and at 25, I think he has another gear. Add in the better lineup with the Stanton acquisition, and I'm all in. The risk with catcher is high, but he's worth it.

Seung Hwan-OH(RP-TEX): While there are several names still in the mix for closer in Texas--Claudio, Diekman, Kela--Oh looks to be the favorite after signing with them this past week. The Final Boss struggled some last season with a 4.10 ERA and a diminished K-rate, but he endured a .319 BABIP despite inducing hard contact 28% of the time and a swinging strike rate of 12.9%. While Kela is a threat and Oh is a risk, I still see him as a quality low-end number two closer in standard formats.

Jimmy Nelson(SP-MIL): The right-hander has begun a throwing program and is targeting a June return to the Brewers. He took a huge step forward last season by posting a 10.21 K per 9 and a 2.46 BB per 9, and the peripherals back up the breakout. Nelson became a ground ball machine (50.3%) and missed more bats (11.4 swinging strike rate) due to an uptick in velo and a reliance on his knuckle curve. Shoulders are tricky, but given his ADP, he's worth a draft and stash in most formats.