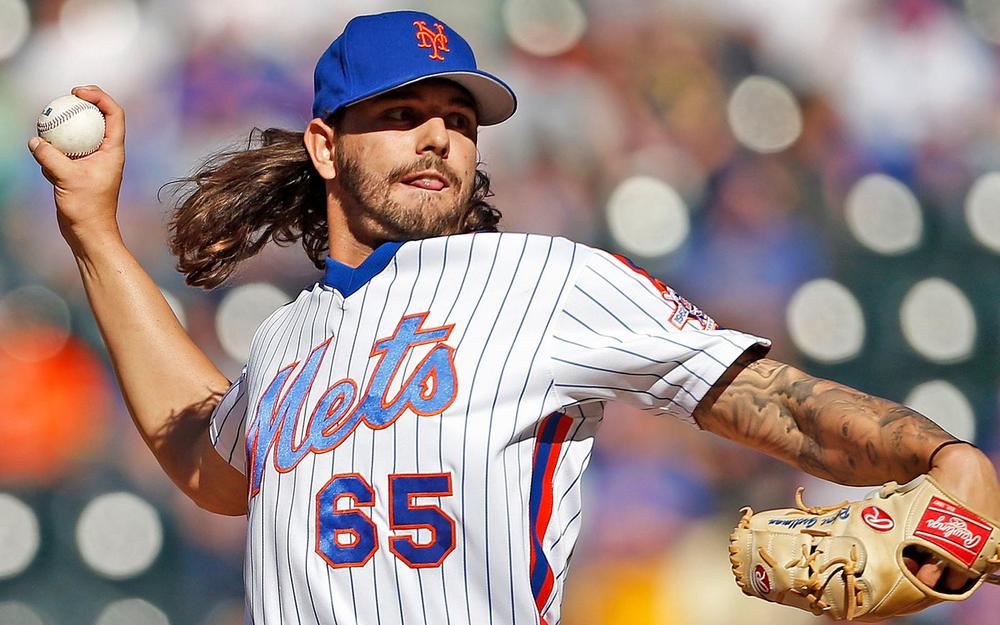 As we near the 40% completion mark of the season, I must ask you the following question: Do you know where your saves are? In rotisserie leagues, the window to meaningfully impact your place in the standings is quickly closing and it's officially crunch time for roster moves involving closers. Shake the trade tree, speculate on a shaky situation, but most importantly of all, do something!

- Zach Britton is ramping up his rehab and pitched on Friday night in what was his first back-to-back appearance during his rehab stint. The Orioles are anxious to get him back in their bullpen, particularly with Brad Brach struggling, and it's looking like he could be activated as soon as Monday. If he's somehow still hanging out on your waiver wire, he needs to be picked up immediately. He'll likely have 1-2 months as the closer for the O's to audition for a trade before likely being dealt to a contender and moving into a set-up role. It's worth mentioning that Darren O'Day is also expected to rejoin the birds this weekend.

-The Mets placed Jeurys Familia on the disabled list on Friday, with most outlets reporting that converted starter Robert Gsellman will handle the ninth inning in the closer's absence. Familia is dealing with a sore right shoulder discomfort, which makes sense since his velocity was down 1-2 MPH in his last outing against the Orioles. More on Gsellman in the handcuff of the week below. It's worth noting that Anthony Swarzak was also just activated off the disabled list and could also be in the save mix, as well.

-Bud Norris blew his second save of the week on Friday night, allowing two earned runs on four hits. Nothing too fluky in this one, Norris was simply beat by the Reds. Jordan Hicks is your man to scoop up, if you're worried about Norris, but more importantly, should you be worried? The answer to that question is tricky, but he has shown a definite change in pitch mix in the month of June. Check out the table below, compliments of BrooksBaseball.

As you can see, he's throwing his sinker far less often and upping his cutter and four-seam usage. So what's driving the change? Is it an injury, such as a blister, that makes throwing certain pitches more difficult? Did he lose "the feel" for his sinker? Correlation doesn't immediately mean causation, but it's certainly an interesting trend to watch. Given Hicks' elite skillset, I'm making a priority on claiming him in any league where I need saves and he's available. At worst, he can contribute some strikeouts and help your ratios.

-Aroldis Chapman got the save on Friday, but was noticeably limping during the outing. After the game, we found out that the closer has been dealing with knee tendonitis for a few weeks. He said he plans to play through it, but it's certainly something for fantasy owners to keep in mind.

-Speaking of Aroldis Chapman, the last time Hector Rondon recorded a save was July 24, 2016, or the day before the Chicago Cubs traded for Chapman from the Yankees. That statement remained true up until Wednesday of this week when Rondon finished off the game for the Astros. With Ken Giles giving up runs in three of his last five games, it's possible Rondon could get into the mix for more save opportunities along with Chris Devenski. Rondon has been excellent this season with a 1.64 ERA, 2.77 xFIP, 29% strikeout rate and 4.5% walk rate.

-Seranthony Dominguez finally gave up an earned run, but he still sits atop the closer ranks for Philly in my rankings.

-Felipe Vazquez bounced back this week with two scoreless outings with a pair of strikeouts in each game and no hits allowed. For now, he's back in the driver's seat, but we continue to monitor him for any signs of a reaggravation of the biceps soreness that plagued him at the end of last month.

-Joakim Soria seems to be the flavor of the week for the White Sox and for now, jumps Nate Jones to be the committee chair for Chicago. The save opportunities will remain spotty, so it's really challenging to be a strong case to roster any of these guys, if other options present themselves.