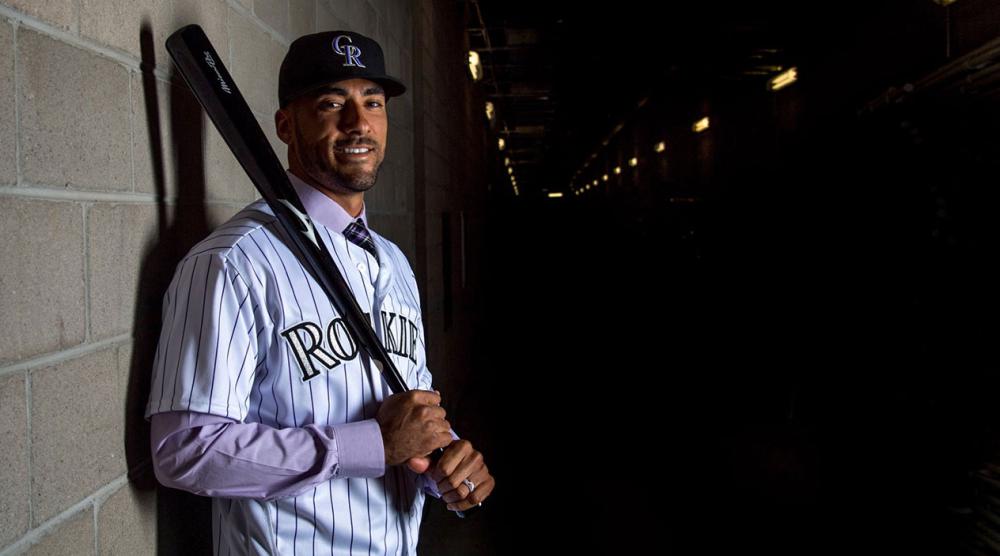 For the past two months, I've been following the trends and movements, telling you why a certain player is going up or down, and providing my take on whether or not it's warranted. As always, our numbers are courtesy of the National Fantasy Baseball Championship and their director, Greg Ambrosious.

Now, we've (finally) arrived at the start of the season. There have been spring surprises for sure, but the biggest challenge for most of us is to see through the fog and misdirection of injury. Quite simply ... teams lie. They are not always lying, but it behooves them to say 'All is OK,' instead of admitting that they have major concerns about a centerpiece player before the season even begins.

For this week ... we'll address how I feel that drafters should handle those preseason walking wounded and I'll also revisit players I spotlighted at the start of spring camps.

If you follow the preseason fantasy coverage, you'll come across one statement over-and-over again ... 'You can't predict injuries.'

Injuries can absolutely happen to anyone. They can happen to hitters, pitchers, and, heck, third base coaches. They can even happen to guys who have a decade of health. To an extent, yes, some injuries are unpredictable.

But, there are two items that are excellent at predicting injuries ... 1. The player is already injured and, 2. The player has a history of injury. I will never tell a fantasy player that they should not draft a certain injured player. Obviously, a plummet within your draft will force you to make the tough call. I'm fine with that. All I ask are three things ... 1. You back up the injured player by covering yourself later in the draft 2. You are realistic with the return date and nature of the injury 3. You don't load up on other injured parties.

That last point is perhaps the most important. Individually, I may like a player and believe that drafting him is a fine decision. It's when you combine one injured player with four other injured parties on your roster. That's where people run into trouble. With Opening Day firing up, here are the injured parties (all ranked in the 'Top 200' overall) that have my attention. I've offered a 'Real Life Prognosis' for each guy. Why? Because the 'Team Prognosis' is often a farce.

o Max Scherzer (ADP #14) - Just getting him back on the hump and getting to see him throw 5th inning pitches was a major victory for Scherzer. After big personal worries a few weeks ago, it appears that all systems are go for the DC ace. Real-Life Prognosis - You'll forget that the knuckle was ever even an issue.

o Corey Seager (ADP #21) - The Dodgers continue to see they have no worries about their shortstop's oblique. But, c'mon, he's missed over three weeks of spring training. He's expected to participate in the final exhibition games this weekend (after doing a weeks' worth of swinging in minor league games). I'm still a bit hesitant on Seager. Be patient in April as he could be a tad slow to really get rolling. Real-Life Prognosis - He'll eventually get rolling and be to the level expected.

o Carlos Carrasco (ADP #62) - I'm admittedly shocked that Carrasco is set to start the 2nd game of the Indians' season. That's great, but it doesn't change what he truly is. You can be certain that his elbow will bark again this summer and a DL-stint(s) is extremely likely. I'm not interested in playing the Carrasco game. Real-Life Prognosis - Makes it through April and then injuries keep him in-and-out of the rotation.

o Ian Desmond (ADP #67) - Desmond looks to be a May arrival after his broken hand heals. The initial power expectation may be slow to show, but overall, Desmond should be fine once he's back in the lineup. Expect to see him in the 80s in your league. The above ADP is weighted by a slew of pre-injury drafts. Real-Life Prognosis - Arrives in May and hits like we all expect him to.

o J.D. Martinez (ADP #68) - Martinez is slipping and sliding down draft boards. And, he should be. Within the past couple of days, we've seen the Tigers' slugger fall as far as #201. His foot is a big concern and it will be all season. Only in the case of an extreme discount would I take the plunge. Real-Life Prognosis - Foot takes a much longer time to heal and he's lucky to play in 100 games.

o David Price (ADP #73) - The new is not all-out terrible for Price, but his '17 debut continues to get pushed back. As of now, it looks like early-May. I wouldn't be surprised to see that date continue to get pushed back. I'd highly recommend that you let him be someone else's problem. Even getting 20 starts from him is difficult to envision now. Real-Life Prognosis - The lefty will try and tough it out, but puts up mostly average numbers in all starts.

o David Dahl (#114) - Dahl has missed all of camp with a back injury. Rest has been the prognosis and we haven't heard of any set-backs. There's still some risk because of the nature of back injuries. Plus, there's the fear that a good start by his fill-in, Gerardo Parra (ADP #377) could fool the Rockies into making Dahl battle for at-bats. Dahl has fallen outside the top-200 in some leagues. If he is dropping that low in your get together, it's time to take the risk. Real-Life Prognosis - The called 'breakout' doesn't occur, but Dahl still proves useful.

o Jason Kipnis (#119) - The Tribe has been rather misleading with Kipnis' shoulder injury for the past six weeks. I'm past the point of trusting their 'expected return date' (mid-April) and I have well-earned concerns on his power and overall production even when he is back in the lineup. Real-Life Prognosis - We start calling Kipnis 'old' and his numbers take a dip all across.

o Steven Matz (#162) - I was never a Matz fan and this is way. The man is literally always hurt. And even though he claims his 'tender elbow' is nothing to be concerned with, his track record of incessant arm problems should send you scurrying away from his name on draft day. Already, NFBC leagues have seen the youngster fall outside the top-375. I'm not even interested in chancing it with Matz. Real-Life Prognosis - Under 15 starts and under 100 innings.

o Carlos Rodon (#200) - Rodon's March has been a perfect synthesis of both Kipnis and Matz. On the Kipnis side, the White Sox have continually delayed and distracted as to the true extent of Rodon's injury. Originally, his issue was one where they were just taking it easy on him and then it became an injury. They've lost my trust. He's got a biceps issue and that's usually a scary precursor to a more severe problem. I could still take a shot on Rodon because I love his talent. But, if you go in that direction, you must make certain to back him up with a similar level of pitcher in the next couple of rounds. Real-Life Prognosis - Comes of the DL, pitches for awhile, and then the Chi-Sox shut him down when they wave the white flag in August.

• What Did Spring Do for Them?

My first ADP article of the year hit the internet on February 1st. At the tail end of that column, I noted a collection of players to follow in spring training. In a manner of speaking, I wanted to pick out some 'sleepers.' Now, we can look at the up-and-down since and the high-and-low for those players. Does it look like the fantasy draft world is waking up to a few of my favorite late grabs? Let's see ...

o Devon Travis - ADP then ... #207. ADP now ... #213. Travis missed three-fourths of camp as Toronto allowed him a load of time to get over his offseason knee injury. He is now back on the field, but the long sit-down was another reminder that he has been an injury risk throughout the early days of his career. I have no doubt he can be a top-10 2B this year, but he MUST play at least 135 games. If you dip your hand into the Travis pail, just make sure you back-up him up with a reliable vet. Guys like Starlin Castro (ADP #241) and Brandon Phillips (ADP #291) are a pair of solid targets.

o Cam Bedrosian - ADP then ... #222. ADP now ... #200. A jump of 22 spots might not seem gigantic, but in the grand scheme of hundreds upon hundreds of drafts, Bedrosian's leap is remarkable. You can thank yet another injury to Huston Street (ADP # 371) who will miss a good portion of April with a lat injury. Bedrosian has a high-level arm and is a solid 2nd RP for fantasy players. Twenty-plus saves and sharp ratios are quite do-able for the 25-year old.

o Nate Jones - ADP then ... #282. ADP now ... #272. Jones is in a similar spot as Bedrosian, except he's still awaiting the 9th inning opening. It will come. Fantasy owners realize that the current fireman, David Robertson (ADP #123), is not long for the South Side of Chicago. He'll be packing his bags at some point this summer. You may have to wait for saves you want, but until then, Jones is a decisive bet to equal the ratio's of last season (over 10 K/9, sub-0.90 WHIP, 2.20+ ERA). You should consider a hand-cuff on draft day, featuring both Robertson and Jones.

o Daniel Norris - ADP then ... #301. ADP now ... #278. If you gave me odds, Norris would be the Detroit hurler that I'd select as ending 2017 as the top fantasy performer in the Tiger rotation. In the previous two years, Norris has caught the eye of fantasy owners everywhere, but the results have never been consistent enough. His spring (just 21 innings) has featured as much good as bad. He will start the year in the rotation and is do-or-die time for him. I'm all-in to favor the 'do' and draft him as a 5th SP.

o Ben Revere - ADP then ... #344. ADP now ... #336. This eight spot jump would have been 80 is Cameron Maybin (ADP #303) had lived up to his history and came up with a spring injury. Instead, Maybin is healthy and ahead of Revere in the Angels' pecking order. It's not often that you would recommend a teams' 4th outfielder as a decent fantasy pick, but Revere does two things that could pay off. In a league where you need to search and scour for batting average and steals, Revere offers both. An injury and good run, could lead Revere to a season finish of .290/30+. He is absolutely worth the late-round investment.

o Jon Jay - ADP then ... #487. ADP now ... #526. Ouch! Jay is still in line to man centerfield for the Cubbies, but manager Joe Maddon is ready to let Kyle Schwarber (ADP #78) be his squad's lead-off hitter. That sinks Jay's value. It appears he's going to get buried at the bottom of the Chicago lineup and that will limit him all around. He will still get some periphery value from just being on the Cubs, but any idea of drafting him late is gone.