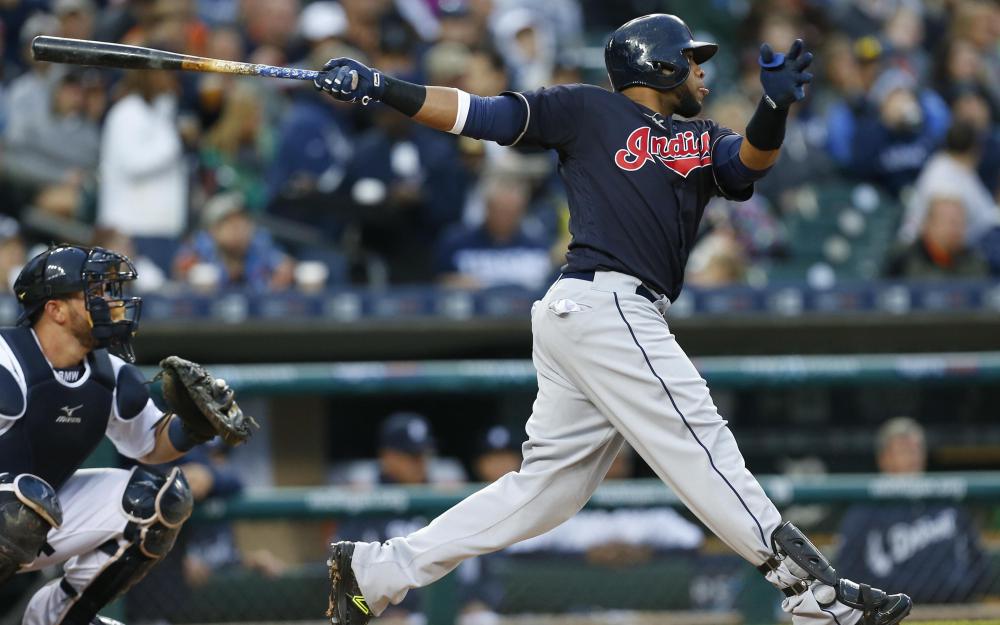 As someone who hosts a 3-hour fantasy sports coast-to-coast radio sit-down every night, I realize that I am certain to make mistakes every single night. No scripts. Open phone lines. No crack research staff to hunt down the numbers immediately. Live radio for 15 minutes at a time. It's an accepted part of the job.

But, believe me, there is also a mistake being made on the other side of the communication chain. It's just a simple misunderstanding, but it leads to a lot of confusion. Especially during draft season.

Here's the problem - If I spend any amount of time saying what I may not like about 'Player X,' then a high percentage of the audience takes that to mean that I hate 'Player X' and would be unwilling to ever draft 'Player X.'

It is a risk inherent in the world of criticism. In a world where a spectrum exists and opinions can fall in thousands of different spots on that spectrum ... people mistakenly frame everything as 'black' or 'white,' 'good' or 'bad,' 'great' or 'terrible,' etc. If you want to succeed in fantasy baseball you must be able to see things in all the many shades of grey that exist.

Speaking about Average Draft Position (ADP) often leads to confusion on this front. If I opine that someone is 'going too high,' it is often assumed that I won't draft the guy, I think he's a bust, or that he's overrated. But, simply, it's often a case that I feel I can find a similar player with a similar risk profile much later in the draft.

For this week, I have decided to tell you who those guys are. I've got one player going earlier than I like and I'll present a second player going much later that I feel is the one to have. Obviously, the relative values are the first consideration (nearly all of my head-to-head's feature players that are separated by at least 100 ADP spots). But, as you read through this piece I think you'll also find that the 'value' player is also the 'near-equal' player. Not a better player ... but, a similar player at much greater value.

Pollock's star somehow still shines brightly for many despite his lack of playing time in the past two years. In fact, even though he's been with us since 2012, he has never stacked consecutive 100 games played seasons. A groin issue capped him to 112 last year and also limited him to 20 stolen bases. His power/speed combo will always make him attractive, but even the power is now in question with the arrival of the fearsome humidor at Chase Field this year. He's also now 30 so you should expect the running to subside a bit, too. Oh, and the D'Backs started batting him 6th against righties near the end of last season. Not a positive development.

Eaton is returning from a gruesome ACL tear, but should be set for Opening Day. He has his outfield job back and he has his lead-off spot back. In just a month with the Nationals last year he spearheaded the top-scoring offense in baseball. He was hitting near-.300. He was getting on-base at a near-.400 clip. Those are two things you can't get from Pollock. Pollock is likely a better bet for steals, but I could see Eaton beating him by 30 points in average while tacking on 100 runs scored.

Here are a pair of AL 1st-Basemen joining new teams for the first time in MLB careers. They are also both switching leagues. That is rarely a positive development for any player.

Hosmer is coming off a (by far) career-best season. He's the owner of a couple of very good years, but he has also settled for very average seasons three or four times. San Diego - team and ballpark - will do little for him.

Meanwhile, Santana has always done ... well ... the same thing year-after-year. He owns 20-homer power, has excellent on-base skills (.365 for his career), posts positive runs and RBI numbers each season, and is a middle-of-the-pack batting average guy. His move to Philly will likely ask him to produce more middle-of-the-order numbers ... which fantasy owners love. The Phillies will have a sneaky solid offense this year, especially at Citizens Bank Park. Both Hosmer and Santana have durability and a solid floor on their side. But, Santana has consistency, lineup, and ballpark advantages that Hosmer lacks.

Bundy is a four-pitch pitcher and Cole used to be a four-pitch pitcher. Cole had a rough go of it for the first half of '17, while trying to make more use of his sinker and change. After a run of ugly outings he mothballed the idea and turned things around. He got murdered with four-baggers last year as his HR rate nearly tripled from the year previous (from 0.5/9 to 1.4/9). He is a horse, though, with the rare ability (nowadays at least!) to go 200 innings. The move to Houston helps a bit, but there might be just as many negatives ... moving to the better AL, with the DH spot, and into a bandbox ball yard.

Bundy is not the horse that Cole can be. And just like Cole, he may never reach the heights of what was predicted a half-decade ago. Yet, he is the top SP going for Baltimore (OK, OK ... that doesn't mean much!) and showed that he could absolutely survive the brutal gauntlet of AL East hitters and ballparks last season. His stuff is just better than Cole at this point. I look at the two and I see room to improve for Bundy, while Cole may rack up some wins, but not the ratio's you're hoping for. Bundy probably makes five fewer starts, but his ratio's should look better all around. Since, Bundy became a starter in the middle of '16, he's gone 21-14 with a 4.30-ish ERA, a better than league average WHIP, and over 8.5 K/9. Cole has 19 wins in his past 52 starts, with a 4.12 ERA, and a worse WHIP and K-rate than Bundy. This decision isn't a slam dunk in Bundy's favor, but with a 107-pick discount? That's easy.

You would be forgiven for thinking the Perez is on the back end of his career. But ... he's just 27! He is the rare backstop who is on the field every day. As such, his counting stats always look solid. He also is coming off a career-best 27 HRs in '17. He's a very solid guy to have as your lead catcher. But, the mileage continues to roll over and he's starting to deal with more nagging issues. I expect KC to have him under 130 games played again this year. That, plus the refusal to walk, the impossibility of him getting on-base at a .300 clip (5 consecutive seasons under that low bar), and a limp Royal offense, has me totally avoiding Perez.

McCann is even older, but he's just a better bet to maintain his offense. He walks, he makes contact, plays in a small yard, and is due a flip in his batting average after suffering through a .237 BABIP last year. McCann did struggle to stay on the field last year with under 400 ABs. He's likely under 100 games caught this year, but he'll add on another 20 games at the DH spot. Neither of these vets really excite me, but only one of them has such a heavy price tag.

I don't really care who you or what your history is ... if you close in Colorado it's difficult-to-impossible for me to be interested in you. Davis certainly has the resume. Since becoming a full-time relief pitcher in 2014, here are the mind-blowing numbers ... 241.1 innings, 23 wins, 1.45 ERA, 0.95 WHIP, 11.7 K/9, and 79 saves. How can you pass on that? Again, Colorado! Davis would is still likely a top-10 asset for any fantasy bullpen, but I would bet his ERA is closer to 3 than 2. His WHIP will also struggle to stay under-1 as his walk rate continues to inch up every year. Davis is fully expected to get his usual 30 saves, but the overall work of art will not be as outstanding as usual.

I know the retort ... Davis gets saves, Kyle! But, saves can be found everywhere ... you can draft them late, you can get them off the waiver wire all season long, you can trade for them, etc. I'd rather wait nearly 10 rounds to get an ace reliever and then draft a couple of low-respect closers much later (Blake Treinen, Mark Melancon, or Aroydis Vizcaino).

Weaver seems to have gone from mid-rotation upside to possible ace. Coming up through the St. Louis organizational ranks, Weaver was seen as a solid pitcher with fairly good stuff. Yet to watch him at the tail-end of last season, you got results of a future pitching star. Weaver amped up his K-rate (10.7), induced a lot of soft contact, didn't walk guys (2.5), and got a load of grounders (nearly 50%). Could you ask for anything more?! Not really. It was just too good. He was good in the minor leagues, but not this good. He also totaled his marks against a group of MLB opponents who had already given up on 2017. And ... the Cardinals could find ways to keep him under 160 total innings even if he is healthy this year. Expect to see skipped starts throughout the summer.

Faria is a lot like Weaver, but with more upside. In effect, I think you're getting a very similar arm ... but more than 120 selections later in the draft! His strikeout arm is legit and he's good target for 9.0+ K/9. He'll go through some hard knocks in the AL East, of course. Home runs are another concern, but Faria's four-seam fastball could be one of the better ones in the game. The advanced metrics on that four-seamer last year show that Faria is just a tick below perhaps the best four-seamer in baseball ... that of Clayton Kershaw. Both guys are in heady company if you look deep enough, but neither will likely become ace-like at any point in their career. But, the cost of finding out on one of the two is a pittance.

Jones is a very-good-never-great player. Gomez is an above-average-sometimes-great player. Jones is somebody you would always select for your real-life team. He's just more consistent year-after-year. Gomez is someone who's more tempting in a fantasy league. And before you scoff, understand that these two have had identical OPS marks over the past four years (Jones at .774, Gomez at .766). Excuse me, but that difference is not enough to make a more than 200 pick discrepancy between the two.

Jones is an excellent bet for 20 homers and 80 RBIs while hitting about .270. Stolen bases? Forget about it. He has totaled 88 in 12 seasons. Gomez should come close to 20 shots (if not more) with a full-time gig in Tampa. He'll hit .240, but he could steal 20 bases ... just this season. Anyone who has legitimate 20/20 capabilities should never be falling outside the top 250. Gomez has mostly been forgotten at this point and landing in Tampa won't help matters, but he's a very sneaky late-game pick. And, purely off steals, he can actually equal the fantasy value of Jones in 2018.