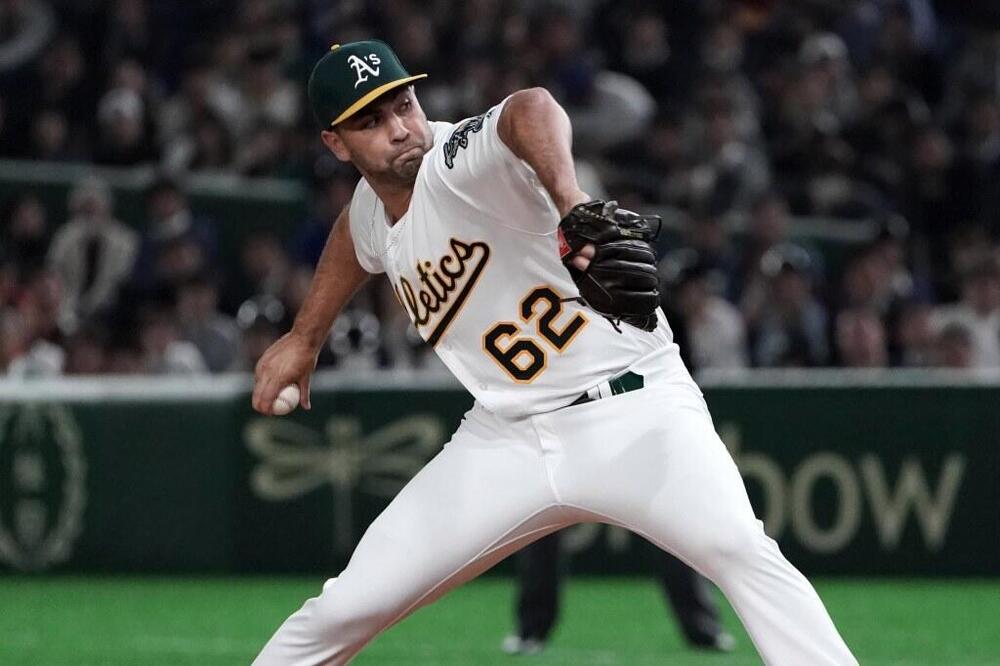 Welcome to the Week 3 edition of A Closer Look! As it currently stands, the NL bullpens are beginning to stabilize, while the AL continues to be a rollercoaster of emotion for fantasy owners. The good news is that there does seem to be plenty of intriguing new arms that are readily available both in high leverage bullpen situations and in many waiver wire pools. Here's a look at what you need to know for your week ahead in bullpens:

-The Blue Jays bullpen was sent a pair of blows this week as Julian Merryweather and Jordan Romano both landed on the injured list. Merryweather strained his oblique and will be out for several weeks, while Jordan Romano hit the shelf with right ulnar neuritis. The latter is a painful nerve issue and Romano's timetable is quite uncertain. The last men standing in the Blue Jays bullpen include both David Phelps and Rafael Dolis. Phelps has pitched better than Dolis to begin the year, with Dolis struggled with free passes, but Phelps hasn't pitched since Tuesday when he took a line drive off his back. Regardless, it's not an injury that should cause him to miss any extended time, so Phelps is our preferred target right now, although neither is an ideal choice.

-It's been tough start to the season for Seattle's newcomer, Rafael Montero, who managed to blow his third game of the season earlier this week. As a result, on Thursday during the team's double-header, both Kendall Graveman and Keynan Middleton notched saves. Between the two, Graveman seems to have the slight edge, but neither pitcher fits the mold of a typical closer with both pitchers typically relying more on inducing contact than over-powering dominance. It's possible Montero can earn this role back with a few clear innings in a set-up role, so consider him a hold for now. Don't blow a large percentage of your budget on Graveman or Middleton this weekend - they simply lack upside.

-Both Matt Barnes and Lou Trivino saw their status as their team's closer get strengthened this week as both players' primary handcuffs got roughed up in save chances. Adam Ottavino and Sergio Romo respectively, each took losses this week filling in for their team's closer. As mentioned last week, the Athletics bullpen is particularly shaky, so Trivino could hold onto this role and become a very good fantasy option based on his early season returns.

-Emmanuel Clase is starting to pull away from the rest of the Indians options as he saved his third save of the year this week. Clase's elite 69% groundball rate and 31% strikeout rate leaves visions of vintage Zack Britton dancing in his owner's heads. With a chase rate of 41% and overall contact rate of 65%, Clase has the underlying metrics to challenge the best of the best in the league.

-On Friday, the Rangers activated Joely Rodriguez from the injured list. Rodriguez is expected to immediately pitch in the late innings, but his activation comes one day after Ian Kennedy saved his third game of the year in uneventful fashion - something Kennedy has done a lot of over the last couple of years. Rodriguez isn't too exciting, so unless he starts vulturing saves, he's probably best left as a watch list option.

-A favorite of this column, Scott Barlow tallied his first save for the Royals this week and he is now the fifth different. Barlow needs to be universally owned, simply because manager Mike Matheny continues to be committed to a bullpen by committee and play the matchups, but Barlow has also been utilized in multi-inning roles, further amplifying his value as a high strikeout reliever.

-Marlins Yimi Garcia has rolled off three straight saves this week and looks undisputed as the closer for Miami. Garcia's shift away from his fastball to his cutter over the last couple of seasons has led to a much higher groundball rate, and it works well for him. Garcia is an average strikeout arm, but if he was skipped over last waiver wire period, he's worth a triple-digit investment.

-The Arizona closing situation is a mess. Stefan Crichton remains the figurehead closer, but he hasn't pitched well and continues to allow too many baserunners. One name to watch is Anthony Swarzak. Swarzak has a brief history as a closer for the Mets several years ago, but staying healthy always seems to be his downfall.

-It's worth noting that David Price got the save for the Dodgers on Jackie Robinson day. He's at least a couple arms away from actual saves in LA, but it certainly seems like Price will stay involved in the late innings for the Dodgers now that he's no longer in their starting rotation.

-Gregory Soto has been a little shaky lately and AJ Hinch has brought him into high leverage, non-save situations, making this bullpen a little murkier than it should be. Bryan Garcia did get the save earlier this week, but Soto remains the best pure arms in this bullpen, so don't lose faith in Soto quite yet.

-Lucas Sims recorded his first save of the season on Tuesday. Previously, Amir Garrett was given all other save chances, so the fact Sims got a save shouldn't be completely written off as an anomaly yet. Sims has a filthy 36.9% called + swinging strike rate and so far has allowed just a 51.9% contact rate. He's a great stash in deeper formats where speculating on saves can be rewarding and save you FAAB money.

Miguel Castro (NYM) - Right now, it looks like Miguel Castro is the most likely candidate to get saves until Romano and/or Merryweather can return. Prior to this season, Castro has been plagued with control issues, but so far this year he has been excellent, posting a 30% strikeout rate and just a 5% walk rate. Add in his 50% groundball rate and we're looking at a potentially very valuable waiver wire add this week.

- Pitching in a non-save situation, Hunter Strickland struck out two batters and has pitched extremely well since being promoted by the Rays. Health has been the biggest issue for Strickland throughout his career, but he was once one of the brightest up-and-coming relievers early in his career in San Francisco.