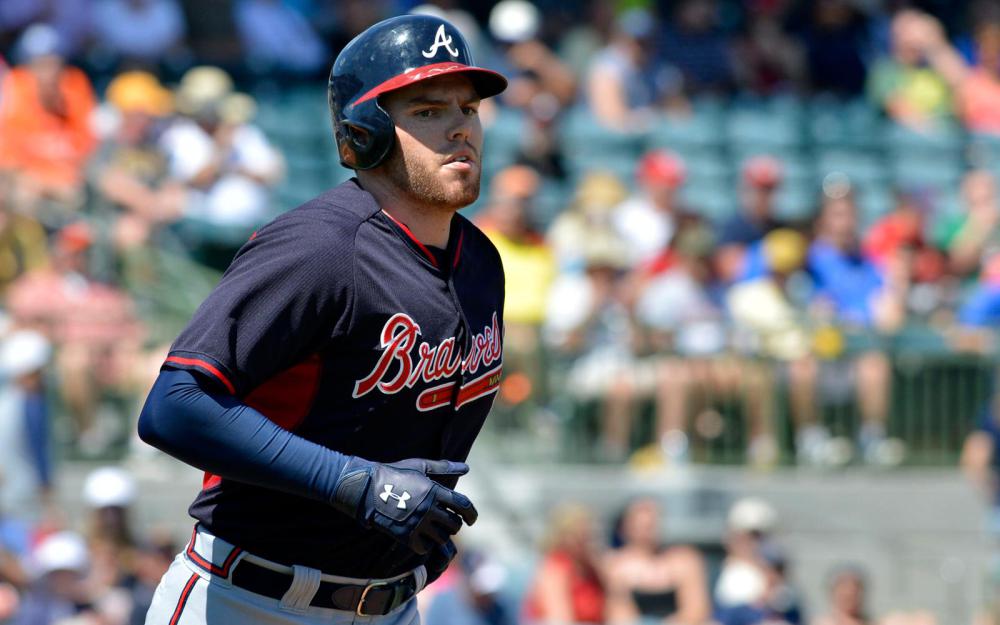 Tatis had surgery to repair a broken left wrist on Wednesday. The broken wrist is a bit of a mystery as it is unclear exactly how and when the injury occurred. Fantasy owners won't care much about that; they will care that the super stud is expected to miss the season's first three months due to the injury. Tatis' ability and production are unquestioned; however, he already has endured a long list of injuries during his short MLB career, making him a risky pick.

The 27-year-old Japanese outfielder has reportedly agreed to a five-year, 85 million dollar deal with the Chicago Cubs. He is a right-handed batter that played nine seasons in the Nippon Professional League in Japan, amassing 182 homers and 562 RBI to go along with a stellar .315/.414/.570 triple-slash line. It's never easy to predict how a player from the Nippon League will play in the MLB, but the deal would be the largest ever for a Japanese position player, so it's safe to say that the Cubs are all in on Seiya. With the team in a rebuild, Suzuki should be given plenty of playing time to work into comfortability during the 2022 season.

Sources say that Bryant is headed to the thin air of Colorado on a seven-year mega-deal worth $182 million. In recent years, the 2016 NL MVP has dealt with some injuries, culminating in an extremely rough 34-game campaign in the COVID shortened 2020 season in which he slashed .206/.293/.351. However, Bryant provided a modestly productive bounce-back season in 2021, so he will get plenty of fantasy consideration now that Coors Field (the most hitter-friendly park) is his home. Bryant finished his 2021 season with a .265/.353/.481 triple-slash line to go along with 25 homers and a 36.1% HardHit% which was his best since his MVP season in 2016. The 30-year-old's ADP will lower after this move (currently 87th according to FantasyPros), but he is now probably a 6th/7th round pick with the upside of a 2nd/3rd rounder.

Is there a closer battle in Colorado?

The big signing of Kris Bryant makes one think that the Rockies want to compete in the NL West for the first time since 2018. And if they do pile up some wins this season, who will be the beneficiary in the bullpen when it comes to saves? They recently signed veteran reliever Alex Colome, who has the pedigree (155 career saves). Daniel Bard was the guy in 2020 and 2021 with 26 saves until Carlos Estevez nabbed the job towards the end of last season and tallied 11 saves.

Bard will turn 37 during the season but still brings the heat (97.6 vFA in 2021) and is the only pitcher of the bunch with above-average strikeout ability. However, the 10.96 K/9 he posted last season was accompanied by a troublesome 4.93 BB/9 rate. Considering he lost the job last season, it seems unlikely he will win it back with more competition this season.

Estevez is the youngest of the bunch (29) and has the advantage of being the team's most recent closer. Estevez performed admirably down the stretch last season, converting 9 of his 12 save opportunities with a 3.08/3.90 ERA/xFIP. His fastball has some pop (97.2 vFA), but he hasn't developed anything significant to play off of his fastball, so he relies heavily on his heater (65.8% FA%), and it's not effective (-6.2 wFB). Unless Estevez makes significant strides in his pitch development, he won't be trusted to close games regularly.

Colome will probably have the job out of spring training; however, he is aging (33) and was a liability in the closer role for the Twins last season. He blew 7 of his 24 opportunities while toting a pedestrian 2.52 K/BB rate and posting career highs in HR/9 (1.11) and HardHit% (41.5%). It's his job to lose, but there isn't much in the Rockies' pen to turn to if he does begin to struggle again.

Rosario has re-signed with the Braves on the heels of his terrific postseason that included NLCS MVP honors. He hit a pedestrian .259 with 14 homers and a .316 wOBA across 412 plate appearances in 2021, but his swing did improve once he joined the Braves at the end of July (.271 AVG, 375 wOBA, and 7 HR). Then came the big postseason in which he went 23 for 60 with three homers and 11 RBI. Rosario has always been a streaky hitter that loves to swing the bat. With improved plate discipline and walk numbers, Rosario has tamed his approach at the plate in recent seasons; however, it hasn't helped his production overall. With Ronald Acuna Jr. swiftly making his way back into the Braves lineup, an everyday role for Rosario is not guaranteed. However, he is an above-average defender, so he will be out there when he is swinging the bat well.

Much to the chagrin of Braves fans, the Dodgers have reportedly picked up Freeman on a six-year, $162M deal. The 32-year-old perennial all-star should be in for another fantastic season. Dodger stadium isn't as hitter-friendly as Suntrust Park, but the Dodgers' lineup will afford Freeman plenty of protection and a player of his caliber can and will produce wherever he is.

After a bunch of shuffling in recent days, the Twins infield stands as:
Jorge Polanco, SS
Luis Arraez, 2B
Gio Urshela, 3B
Miguel Sano, 1B
with Nick Gordon in the mix for a 2B/SS role

The real question is, what are they planning to do at shortstop? It has to be Jorge Polanco with what they have now. He is coming off a campaign where he slashed a solid .269/.323/.503 and belted career-high 33 homers. Polanco has played much of his career at SS, but he has proven to be a liability there (career -28.0 UZR at SS), so the Twins transitioned him to 2B full-time last season. It seems strange that the Twins' plans for 2022 at such a premium defensive position would be a player that they just moved away from at the beginning of last season.
The only other real option would be Nick Gordon, who performed well defensively at SS across 75.0 innings last season. However, he is considered more of an outfielder, and he didn't prove to be much with the bat in his first stint at the MLB level in 2021 (.240/292/.355 in 216 PA). Alas, maybe Polanco was the best contingency plan the Twins had with Andrelton Simmons moving on from the club this offseason...or there are even more moves to be made by Twins management in the days to come.

Luis Arreaz will probably be the everyday second baseman, but he does play OF and 3B, so the Twins also like to deploy him as a utility-type player. He has been the Twins' most consistent hitter since coming into the league in 2019 (career .313 AVG and .374 OBP). Regardless of where he plays, expect him to be in the lineup on a daily basis. His fantasy upside is severely limited by his lack of power or speed (6 HR and 4 SB in 966 PA), but if you want a guy who hits for a premium average, walks a lot, and is eligible at three positions...Arraez is your guy.

Newcomer Gio Urshela should lock up third base. After a pair of very promising seasons, he took a step backward in 2021 but will get every opportunity to find his groove this season. Which is something he wasn't always afforded in New York. Urshela posted a career-high 24.7% K% and career-low 4.5% BB% in 2021, and his productivity dwindled accordingly. Across 650 plate appearances in the 2019 and 2020 seasons, Urshela hit .310 with a .368 wOBA and 27 homers. Last season he hit a measly .267 with a .309 wOBA and 14 homers. Despite the down season, Urshela will get the chance to consistently hit in the meat of the Twins order, giving him the highest fantasy upside he has ever had.

Sano will have First Base duties for the Twins unless he whiffs his way out of the lineup. The big right-hander can strike out with the best of them (career 36.5% K%), but he also destroys the ball when he makes contact. In 2021 Sano's 93.8 Exit Velocity ranked 7th, and his 45.5% Hard% ranked 3rd. As always, if he can figure out a way to make contact more consistently, the potential is there...however, if he hits around the Mendoza line again for the first couple of months, a promising youngster like Alex Kirilloff or Brent Rooker might usurp Sano as the team's everyday first baseman.