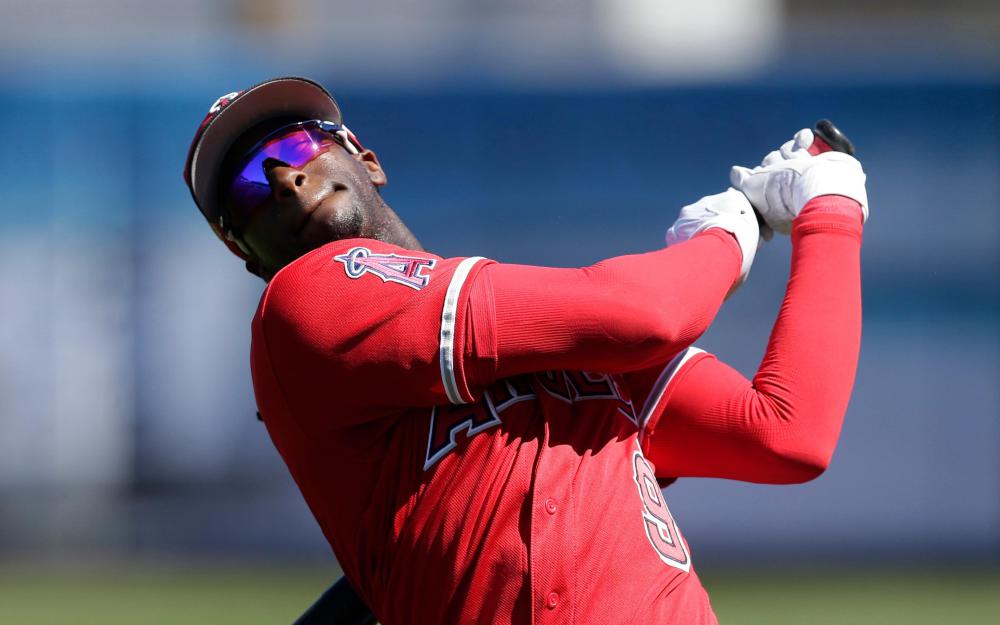 Value Power in the Burgh

Corey Dickerson posted a solid .341 wOBA with 27 homers last season while quietly improving against left-handed pitching. Acquired from the Rays on Feb. 22, the slugger looks set to assume the bulk of the ABs in left field (although Sean Rodriguez could steal a few looks against tougher matchups vs. LHPs). While his 17% HR-FB rate looks slightly inflated given his average hard hit rate and average Stacast exit velocity, the move to Pittsburgh should help mitigate the likely regression. With a prime lineup spot likely his, we envision Dickerson posting a 25-80 season, which hold value towards the end of the middle rounds in ROTO leagues.

Post-Hype, or Viewing the Glasnow Half Full

Tyler Glasnow posted an 8:0 K:BB ratio and allowed four ER through his first two spring outings before the Blue Jays scored six ER against him and worked three walks over 2 2-3 innings. With Joe Musgrove's health improving, Glasnow looks to be the odd man out in Pittsburgh to start the season. But, given the flashes of improved control he has displayed this spring and the strikeout upside he possesses, I would etch him into the watch list as a name to keep in mind with early FAAB bidding in mixed leagues and a high-risk, high-reward pick in only formats. If anyone can help him figure it out, it's Ray Searage.

Still a Lively for a Rotation Spot

While the Phillies may sign a free agent starter before Opening Day, it's looking more likely that the final rotation spot will be won by one of the following: Ben Lively, Zach Eflin, Mark Leiter, Jr., Jake Thompson, Tom Eshelman, and Drew Hutchison. Lively looks to be the clubhouse leader with a 7:2 K:BB ratio and three ER allowed over nine spring innings, but he possesses a limited upside as evidenced by his 7.2% swinging strike rate over 88 innings last season. He maintained a hard hit rate allowed below league average, and only walked 2.44 per 9, so he holds value in deeper points leagues. As for Roto, Drew Hutchison holds the most upside, and is a name to keep in mind in deeper leagues.

Hector and the Search for Job Security

Hector Neris went 26 for 29 in saves last season, posting an 86:26 K:BB ratio, and induced swinging strikes 16.4% of the time. Since he relies so heavily on his splitter, throwing it over 51% of the time, he is prone to inconsistency, which has manager Gabe Kapler considering a committee to start the season. Tommy Hunter, Pat Neshek, and K-Rod could find save chances, but I still envision Neris working his way into 30 saves by season's end. Downgrade him slightly in h2h formats.

Cameron Maybin logged a 0 for 1 with a walk yesterday to lower his spring average to .083. Do not fear--the starting center field job looks to be his for the taking. And with Martin Prado and J.T. Riddle on the mend, Maybin is likely open the season at or near the top of the lineup for the Marlins. The speedster stole 33 bags in 41 attempts last season while carrying a 57% groundball rate. If he can stay healthy--he hasn't played in more than 114 games since 2015--enough to log another 400 at bats, Maybin will deliver plenty of value in ROTO formats. If speed falls in your draft, he's a name to look for in the later rounds at NFBC ADP 356.

Figuring Out the Arsenal Justin Time

The Marlins rotation is a bit of a mess, but it's in these types of messes where fantasy value often hides for deep league players. After Dan Straily and Jose Urena, nothing is set in stone, but Nicolino appears to have the inside track for one of the remaining rotation spots. After opponents hit .355 off his cutter last season, the left-hander has reportedly ditched the pitch and added a refined slider. He has pedigree, as he was taken in the second round back in 2010 and has shown flashes in the minors, so he merits attention of deep leaguers. Keep an eye on his development this spring, as he looks to be missing more bats in the early going.

Jonathan Lucroy(C-OAK): The A's and Lucroy agreed to a one-year deal, according to MLB.com's Jane Lee. The former top-three catcher hit only six homers in 423 at-bats last season with the Rangers and Rockies, and his below-average average exit velocity of 85 MPH (according to Statcast) along with his 22 percent hard-hit rate and 53 percent ground ball rate suggest that a power rebound is unlikely. However, the plate discipline and contact skills are still in tact, and he did hit .310 over final 46 games, which gives him plenty of value in two-catcher formats.

Michael Conforto(OF-NYM): Conforto took full BP on Thursday and looks on track to return in early May. Don't forget about him in drafts. The 25 year-old hit 27 homers in 109 games last season, and while his 27% HR-FB rate is inflated, his 41% hard hit rate and 89 MPH average exit velocity support a rate above 20%. He still has work to do vs. LHP, but his plate discipline and bat-to-ball skills lead me to believe that he will figure it out. Brandon Nimmo and Juan Legares will be splitting time until Conforto returns, but the slugger should still be drafted in the majority of formats with hope for a May return.

Aaron Judge(OF-NYY): Judge is recovering from arthroscopic shoulder surgery and, despite reports of recent soreness, looks on track for Opening Day. While many are concerned with his second half dip--he hit .228 with 22 homers and a nine percentage point dip in his hard hit rate from the first half--the shoulder issue likely played a major role in the swoon. Judge still lead MLB with a 94.5 MPH average exit velocity, so while his 35% HR-FB rate will be difficult to repeat, he still should post a mark that will allow him to hit 45-plus homers yet again. ADP of 18---sign me up.

Chris Davis(1B-BAL): Crush, who has been day-to-day with a sore right elbow since last Friday, may see action in Grapefruit League over the weekend. We see him at a value at 246 overall on average in the NFBC. He still averaged 89.6 MPH exit velocity--tied with Cody Bellinger last season--so there is still 35 HR power there. The issue, of course is the batting average, as his strikeout rate ballooned to 37%. As long you get your AVG foundation established, Davis still makes for an upside CI-UTIL play in 12-team-plus mixed leagues.

Mark Trumbo(OF-BAL): Trumbo has been experiencing right quad tightness and is likely to miss a week, according to reports out of camp. The slugger hit 47 homers in 2016 then broke the hearts of fantasy owners by smashing only 23 last season. Drops in his fly ball and hard hit rate to 40% and 30%, respectively, are cause for concern, but his swinging strike rate was in line with his career mark, giving me confidence is a partial bounceback. There is value here.

Jose Bautista(DH-FA): The free agent is weighing offers, and wants to play, according to reports. The fall in his hard hit rate from 41% to 31% is worrisome, as is the increase in his swinging strike rate from 7.2% in 2016 to 10.9% in 2017. In fact, he posted a negative pitch value production on the fastball last season for the first time since 2009. He could be a reserve round flier in deeper leagues, but full-time at-bats and above-average production are likely to prove elusive.

Jimmy Nelson(SP-MIL): The right-hander (shoulder) threw off flat ground from 90 feet Thursday and is on track to throw off a mound shortly after Opening Day, according to reports out of Brewers camp. What a breakout season he had in 2017, posting a 10.21 K per 9 that was supported by an 11.4% swinging strike rate. He gained effectiveness with his fastball and curveball, and learned to handle LHH more consistently. Shoulders can be tricky, but if you have the bench room, the upside makes him worth a stash. Look for a return near the ASB.

Buster Posey(C-SF): Posey (ankle) returned to action yesterday after receiving a cortisone shot and went 3-for-3. While his incredible EYE (.92) and contact rate (85%) remained in tact, Posey fell short of 20 homers for the third-straight season in 2017. In today's environment, especially given the rise of Gary Sanchez and Wilson Contreras, we've seen Posey fall from the top spot at catcher. Given his contributions across four categories and the fact that he will play plenty of first base, he's still a worthy pick in the first 5 rounds. I'm a fan of drafting two catchers with a hold on regular at-bats and quality production, especially with the depth of hitting at other positions.

Marcus Stroman(SP-TOR): Stroman (right shoulder inflammation) played catch again on Friday as he continues to build up strength. His 62% groundball rate and 31% hard hit rate reflect his ability to pitch deep into games and turn over lineups. However, in the fantasy game, strikeouts are king, and Stroman's 7.34 K per 9 limits his upside in fantasy to a number three starter. His 10% swinging strike rate suggests there is upside in the strikeout rate, but I don't see it increasing significantly with his approach. Add in the heavy workload the past two seasons and the injury concerns, and I view him more as a number 4 in standard leagues.

Shohei Otani(SP-LAA): Ohtani allowed six runs over three innings Friday against the Tijuana Toros of the Mexican League. Afterwards, the sensation discussed his focus on adjusting to the baseballs and mounds. He has flashed the upside that has many drafters reaching, striking out 16 in seven innings so far, but he has also struggled with his command and limiting hard hits. I understand the pick at 73 overall in the NFBC, but with so much uncertainty with the transition and two-way possibilities, I'm passing unless he falls into the 90s.