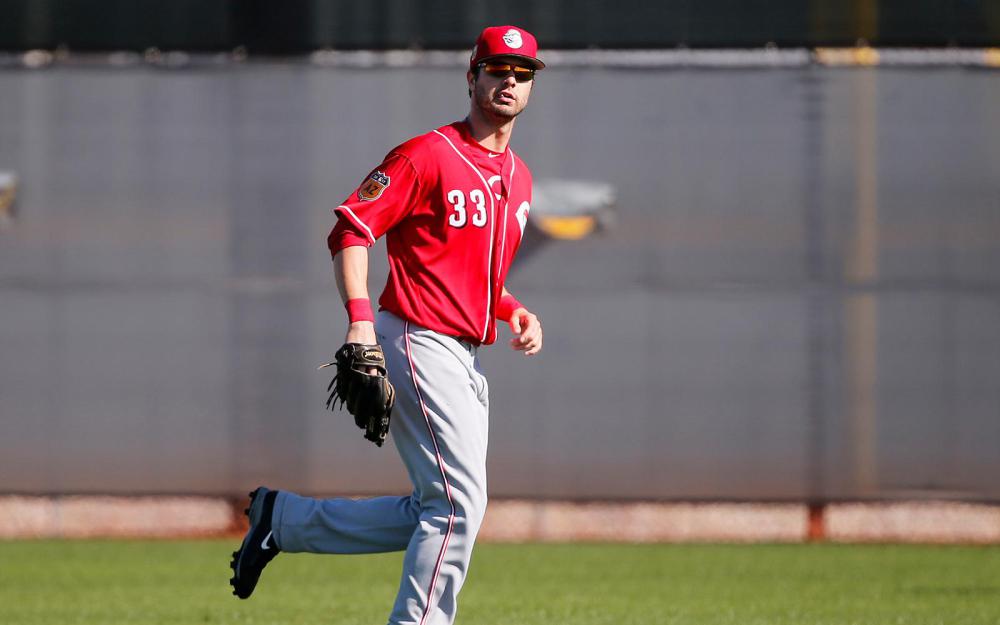 39-year-old Justin Verlander hurled two hitless innings in his first Big League game since July of 2020. The two-time Cy Young winner has been recovering from Tommy John surgery but is on track to start the 2022 campaign. The aging veteran displayed remarkable pop on his fastball as he routinely hit mid-90s on the gun. Verlander threw 31 pitches (18 strikes), striking out two and walking one. Usually, a 39-year-old pitcher who (essentially) missed the past two seasons due to Tommy John would be an easy pass in fantasy drafts...but Justin Verlander isn't an ordinary pitcher. I wouldn't put it past him to defy all logic and throw 200 innings with a mid-three ERA this season.

Verlander's counterpart in Friday's spring training affair was fellow aging ace, Adam Wainwright. Wainwright, who turned 40 last August, surrendered one run on two hits across two innings in the contest. After five seasons lost to injury and ineffectiveness, Waino turned back the clock over the past two seasons, completing 272.0 innings with a 3.08 ERA. In 2021, he won 17 games, allowing a 3.05 ERA and 3.87 xFIP. Those stats are personal bests for Wainwright since the 2014 season in which he finished 3rd in the Cy Young voting. Admittedly, the big right-hander isn't what he once was, but he should eat up some innings and post wins for the Cards again in 2022.

On Friday, Corey Dickerson signed a one-year deal with the Cardinals, giving them a much-needed left-handed bat. As a result, the Cards now have two left-handed batters on its projected opening day roster, the other being Lars Nootbar, who will likely serve strictly as a reserve. The Cardinals seem to like what they have in the outfield; however, they are pretty thin, and the need for a left-handed bat in the lineup is evident. In 2021, the Cardinals' right-hand heavy lineup boasted the league's 3rd highest wOBA against lefties (.339) but ranked just 20th against righties (.305). Dickerson is a career .288 hitter against RHP, so he should help in that regard, but with the implementation of the DH, he will likely serve there and not disturb the Cardinals' current starting trio.

Tyler O'Neill is coming off an impressive break-out campaign and will finally start a season with a certified starting gig in the Cardinals outfield. The 26-year-old slashed .286/.352/.560 with 34 dingers and a side of 15 steals last season. A season like that will be hard to replicate for the youngster, especially if his K-rate stays in the 30% range (31.3% K% in 2021), but he certainly is capable. Last season, his 42.8% Hard% and 52.2% HardHit% ranked 8th and 12th, respectively, across the league. He also uses the whole field (38.1% Pull%), making him harder to defend and more consistent with his power.

The oft-injured Harrison Bader will resume duties in center field for the Cards. He is more valuable from a defensive standpoint; however, he did have one of his most productive offensive seasons in 2021 despite playing in just 103 games due to injury. Bader hit a career-high 16 homers last season while slashing .267/.324/.460. What's concerning (besides the injury history) is that he stole just nine bases in 401 plate appearances. Bader's best attribute is his speed, and it appears the Cards don't want to let him loose on the bath paths...probably due to his propensity for injury.

Dylan Carlson's rookie season was a bit up and down, but it ended decent overall. In 619 plate appearances, the 23-year-old posted a .336 wOBA, hitting 18 home runs and driving in 65 runs. The youngster is still developing and should have a bright future in the league. However, he doesn't have the defensive prowess of Bader or O'Neill, and he has yet to prove his worth at the major league level, so his everyday role isn't as secure. If he struggles, it won't be a surprise to see Dickerson or Nootbar start to eat into his playing time.

The Yankees dealt Voit to the Padres on Friday afternoon. The 31-year-old led the league in homers (22) during the COVID-shortened 2020 season but struggled with injuries for most of the 2021 campaign. Voit hit the injured list multiple times last season due to problems with his right knee that he had surgery (torn meniscus) on at the beginning of the 2021 season. As a result, he hit just .239 with a career-high 30.7% K% across 241 plate appearances. Voit has had an entire year to recover from the meniscus surgery, but he is still a BIG question mark, especially now that he is in San Diego. Voit had some spurts of power with the Yankees, but that will be hard to replicate now that he is older and playing in a much less forgiving park.

The Angels are adding Archie Bradley and Ryan Tepera to help sure up its bullpen. Both players have some experience in the closing role but are extremely unlikely to get a shot at closing games unless Raisel Iglesias falls to injury. The Angels recently re-signed Iglesias to a four-year contract. He closed out 34 games last season and has 140 saves for his career. Between the two new additions, Tepera had the much more impressive campaign in 2021. He owned a 2.79 ERA and 10.86 K/9 in 61.1 innings. Nonetheless, neither of these guys should be on your radar unless you are in extremely deep leagues or in a league where non-closer relievers are a necessity.

Pineda and the Detroit Tigers agreed to a one-year deal on Friday night. The 33-year-old had spent the last couple of seasons with the Twins with middling success. His 3.62/4.29 ERA last season wasn't bad, and he has always been stingy with free passes (1.99 BB/9 career); however, the list of injuries Big Mike has endured has mounted, and his ceiling continues to get lower at the outset of each season. Pineda hasn't thrown more than 176 innings in a season during his eight-year career, and last season his 7.24 K/9 and 90.9 vFA were both career-lows. The big right-hander is a bottom of the rotation guy at this point of his career, and he won't be more than a spot starter in fantasy for the 2022 season.

How will the new additions fare in Seattle?

Seattle traded for two Cincinnati Reds that are in very different places in their respective careers. Eugenio Suarez is a one-time fantasy stud coming off of two abysmal seasons, while Jesse Winker is coming off the best season of his career.

You'd think Suarez's rapid decline would be due to age, but he is only 30, so he should have a few more good seasons left. He did hit 31 homers in 2021, though he batted a putrid .198, which is unacceptable even in this day and age. Suarez has never been a high average hitter, but his power has been unable to compensate for his lack of consistency in the past two seasons. The 30-year-old used to be a hard-hitting, line-drive machine with the propensity to strikeout. But his LD% and Hard% have significantly declined over the past two seasons, while his K% has increased in four consecutive seasons. Last year, he posted a 17.1 % LD%, a 34.8% Hard%, and a 29.8% K%. In contrast, those percentages were 24.6%, 48.6%, and 23.4% in 2018. So he has basically become a soft-hitting, high strikeout guy that occasionally gets into one. Will the change of scenery change his fortunes? Your guess is as good as mine, but I'm not considering him in fantasy unless I get to see a few weeks of at-bats first.

On the other hand, Winker is coming off a fantastic campaign that was only hindered by injury. He slashed .305/.394/.556 with 24 homers and earned his first all-star nod. Winker is 28 and should be primed for another big season, but he has his own risks due to his vast injury history. A shoulder injury cut his 2018 campaign short; he missed a bevy of games in 2019 with a neck strain and was unable to finish last season due to a rib injury. Winker has never played more than 113 games (2019) or had more than 485 PA (2021) in a season. Yes, he's a risk, but his ceiling is very high, so the risk might just be worth it.

Another former Red signing with a new team is Castellanos, as he reportedly agreed to a deal with the Phillies worth $100M. Leaving the safety of Great American Ballpark, which ranks 2nd in the Basic (5yr) Park Factor, will hinder Castellanos a little, but he is a proven hitter that can hit in any ballpark. Apart from the COVID-shortened 2020 season, the 30-year-old hasn't hit below .272 or hit less than 23 homers in a season since 2016.

The Braves have mitigated the loss of Freddie Freeman with the addition of longtime Dodger Kenley Jansen...okay, so the addition of the 34-year-old closer won't do much to help fill the Freeman void. Still, Jasen is coming off his best season since 2018 and will significantly help the Braves bullpen. He will be the team's unquestioned closer and should have plenty of opportunities with a club as well-rounded as the Braves.