With the half way point here, it's time to look at the production (rankings) we expect from the top 300 position players in the second half of 2009. Subscribing to the regression to the mean concept (the statistical term referring to the probability that an accumulation of non random numbers will revert towards their norm), the rankings below have a bias to our preseason projections and the historical first half/ second half splits for each player. There are other factors including injuries and playing time situations that have also been factored in.

Knowing that over the last 3 years Nick Markakis and Adam LaRoche's second half slugging percentage RISES by over 100 points (+.20 FPI), is pretty handy information. Here's a big look at the group of players who have performed much better in the second half of the season over the last three years (some players only have a 2 year history): 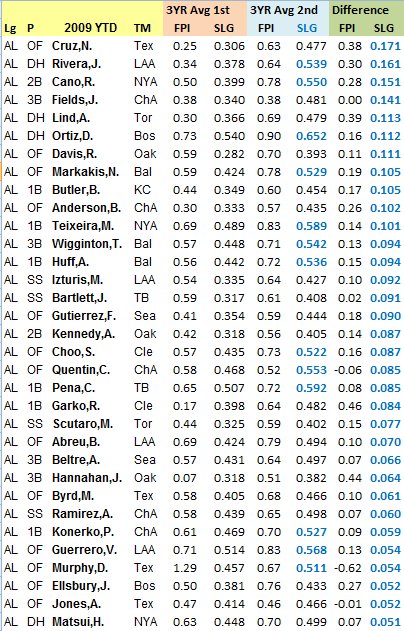 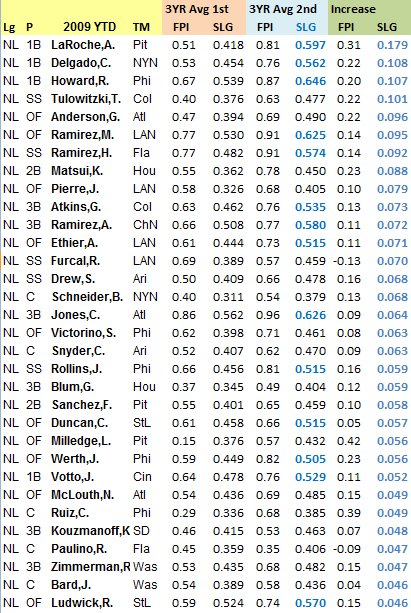 On the other end of the spectrum are the players who have not had a good second half based on their 3 year average.  Dan Uggla, Koske Fukudome, and Russell Branyon have all seen their slugging percentage drop by over 100 points when compared to their first half! It's typical to find this list littered with catchers, as they tend to tire in the late stages of the season (squatting for 3 hours, 5 days a week has it's toll) On to the list: 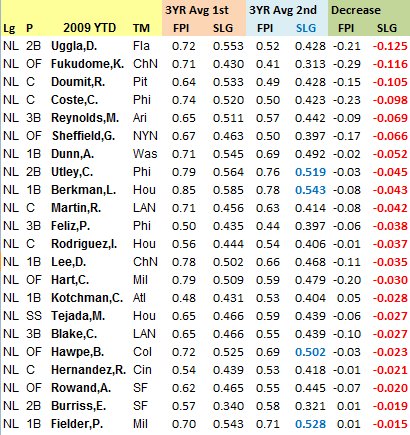 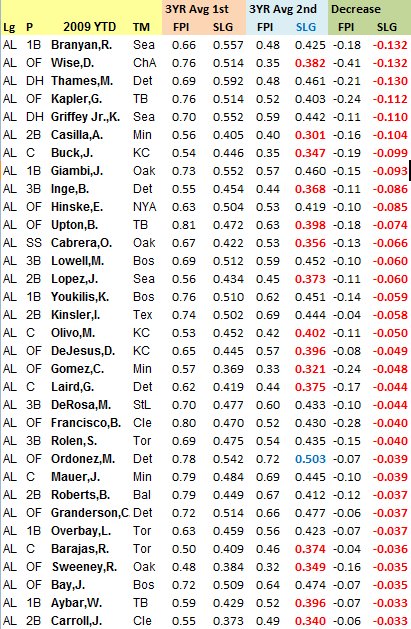 Now available for our 11th NFL season, our sister site: