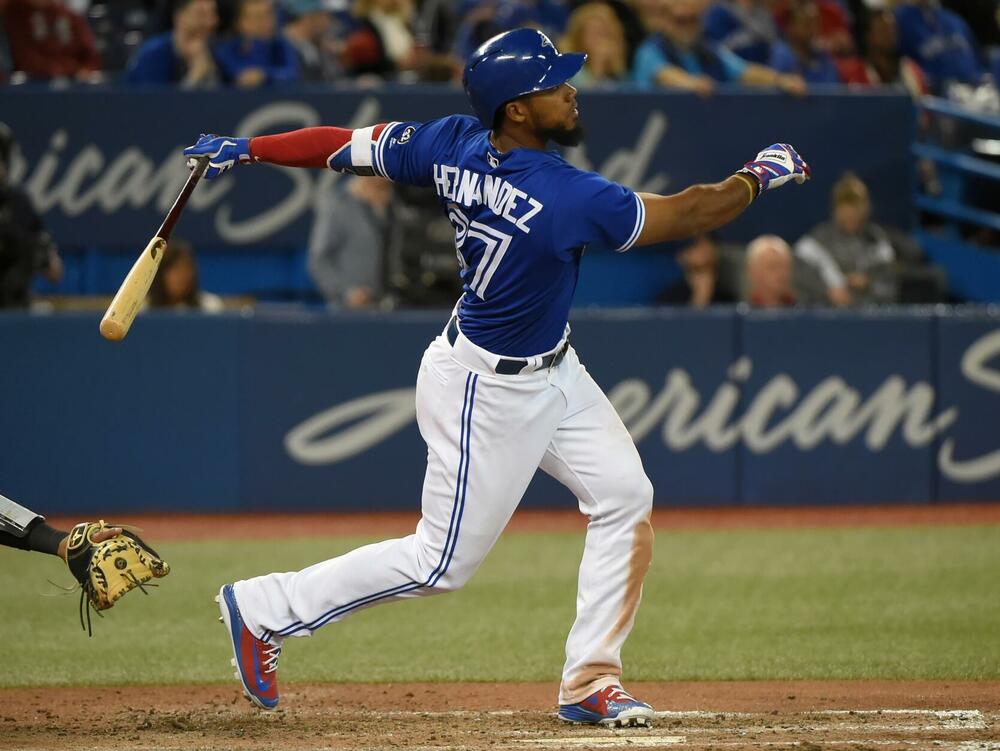 For the last several seasons, I've published an article deep diving into HR/FB rate for offensive players and have developed a living model to help me decipher which players have "earned" their HR/FB rates and which players have either over or under-achieved their rates.

My first analysis was covered on our SiriusXM show in June 2017 and looked at the correlation between hard hit rate, in-zone contact rate and barrels in conjunction with one another to find the correlation with HR/FB rate. The correlation coefficient was an impressive 0.81 with an adjusted r-squared of 0.66. When comparing each player in my analysis (any player with more than 100 PAs) at that time to the player's actual HR/FB rate in the second half, I correctly predicted the direction of HR/FB rate for 68% of the players. As a follow-up during the 2018 pre-season, I repeated the studywith the same variables, this time resulting in correctly predicting the direction of HR/FB for 64% of the players. This time the correlation coefficient dropped to 0.78 with an adjusted r-squared of 0.61.

As I approached this season's analysis, I wanted to take the opportunity to try to further improve both the predictability and reliability of my data. Over the last season, the availability of new metrics from Statcast continues to grow and as I use them, I'm finding better ways to apply them. Even with old metrics, I'm always trying to hold them up to different lights to see if I notice anything I haven't historically considered as important. This spring, my focus has been heavily weighted on hard hit percentage, specifically on the components that make up hard hit rate. While the exact formula isn't publicly known, Lou Blasi and I had Mark Simon of Sports Info Solutions on the Fantistics show on SiriusXM last weekend and he revealed that hard hit rate takes into account exit velocity, ball trajectory and placement of the ball in relation to the field (among other factors). In other words, a ball hit on the ground with a 95 MPH exit velocity to the right side of the field might be classified as a hard hit ball in hard%, while a ball hit in the air also with a 95 MPH exit velocity to the left side of the field might be classified as a medium high ball in medium%.

Why does that matter for HR/FB? It matters because96% of the homeruns hit in the MLB last season were classified as flyballs.

With that in mind, it doesn't matter how hard offensive players hit their groundballs or their line drives, we only care about how often fly balls are hit hard. Unfortunately, the standard hard% metric lumps in all three batted ball types into an aggregated view. Luckily, we can still track how hard each type of batted ball is hit, it's just not a mainstream view yet.

While originally I used hard%, z-contact% and barrels, this year I made the decision to look at the data in a different way to better target the types of batted balls that result in homeruns. By using hard hit rate on flyballs (HH%-FB), batted barrels per plate appearance (BB/PA) and flyball% (FB%), I was able to achieve a 0.84 correlation coefficient with a 0.71 adjusted R-square for all players in 2018 with >100 plate appearances.

Below is the filtered list of players on an active roster, whom I deemed as fantasy relevant, that under-achieved their HR/FB rate in 2018 and should see an increase in 2019: 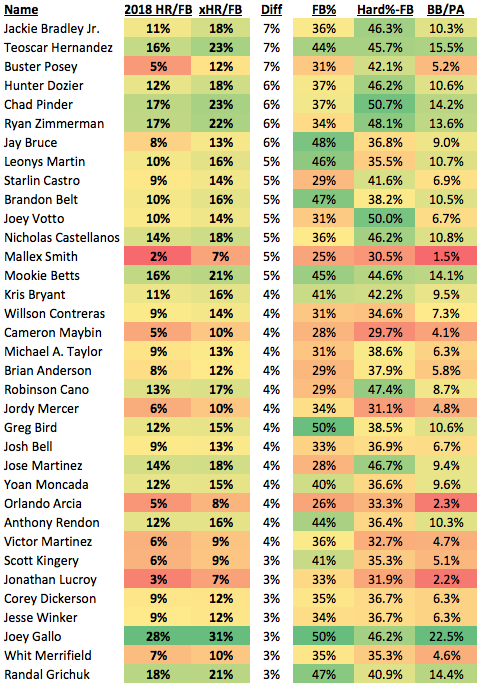 Below is the filtered list of players on an active roster, whom I deemed as fantasy relevant, that over-achieved their HR/FB rate in 2018 and should see a decrease in 2019: 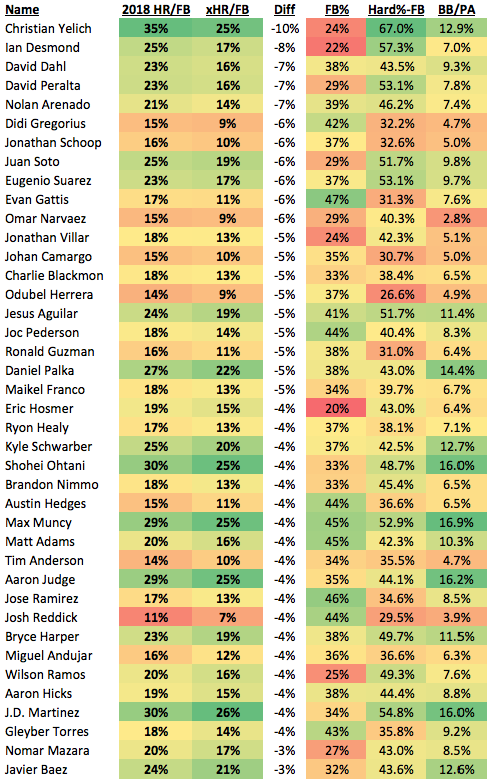 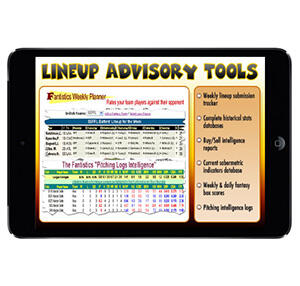 Helping you dominate your league with our season management tools. Click here for more