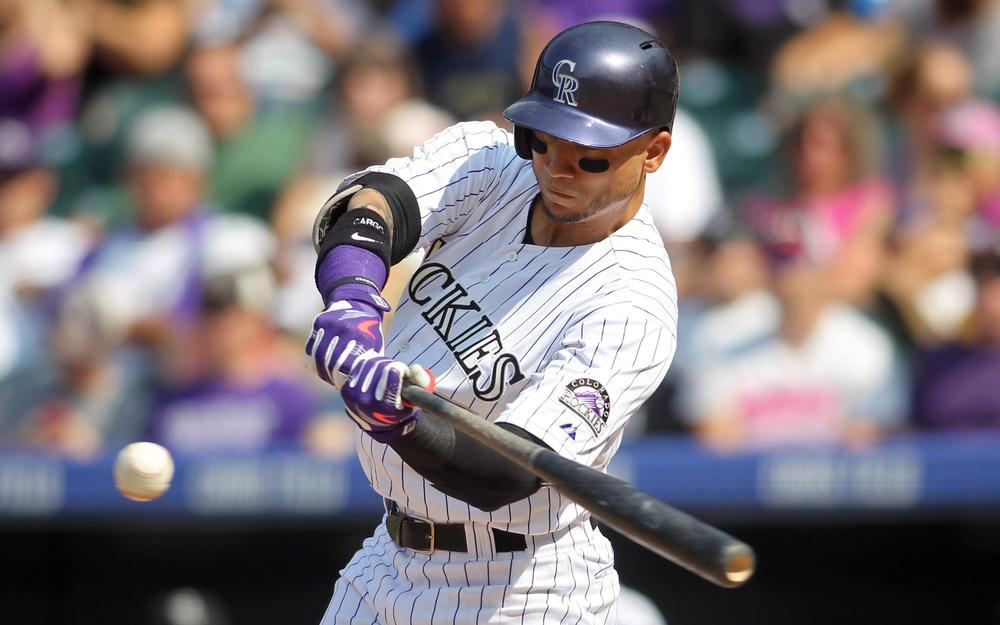 Sorting out the Rangers' bullpen probably will be a task going on until after the season starts. There are a lot of arms and not many set spots.

Tim Lincecum has started throwing bullpen sessions but is probably not going to be ready until after Opening Day. He will definitely be used in relief by Texas, but his role is up in the air. There is a possibility Lincecum will compete for the closer role, where Alex Claudio is the incumbent without a strong hold on the position. John Smoltz is the poster boy for elite starters becoming closers and Lincecum is the same age as Smoltz was when he made the transition. Both had also missed a year before attempting to move from the rotation to the back end of the bullpen. However, Smoltz did not have the extended period of poor performance that Lincecum put up before his year off. Lincecum has shown in workouts that his fastball has regained some velocity so there is hope for him to take a prominent bullpen role, but he needs to be watched in the final weeks of the Cactus League.

One piece of the Texas bullpen has solidified as Matt Bush's experiment at moving to starter has been declared over. Bush had given up 4 runs in 3 Cactus League outings over 6.2 IP. He has been slotted into a middle relief role, which doesn't have a whole lot of fantasy value. Bush may move up in the pecking order, though, if he can add a little more control to go with the 9.97 K/9 he posted in 52.1 IP in 2017. He also recorded 10 saves as he was one of several Rangers who got time in the closer role. That wouldn't be a surprising thing to happen again.

I traveled to Milwaukee last week. On the way up, I was wearing a Brewers cap and twice got asked, "Do we have a pitcher yet?" After Jake Arrieta signed with Philadelphia, Lance Lynn going to the Twins, and Tampa Bay seeming to be holding tight to Chris Archer, the possibilities are narrowing. They did pick up some pitchers over the winter, who were looked on as reclamation projects. Maybe there will be something dug out from there.

Wade Miley has a shot at actually contributing to the Brewers, at least until Jimmy Nelson is ready to come back. Last year with the Orioles. Miley had worked his K/9 up to 8.12. However, he couldn't find the plate with a GPS, posting a 5.32 BB/9 in 157.1 IP. That's 93 batters who got a free pass. Miley reworked his mechanics over the winter and the early Cactus League results have been positive. In his first 3 outings he only walked 1 in 8 IP. Sunday Miley had a rougher time, walking 3 batters in 5 IP. Overall he has struck out 15. Watch his control as the last couple of weeks of spring training wind down.

Another area with a question mark for Milwaukee is the situation in their overcrowded outfield and at first base.

Ryan Braun is trying to help out by learning first base to allow some more at bats to be spread around among the other outfielders. It would also allow Eric Thames to concentrate on RH pitchers, who he slugged .551 against. Braun is having problems adapting to the position, saying he feels not "remotely comfortable" and "feels awkward" in the infield. He is by no means giving up, but if this lasts, he is going to have to either get his at bats at the expense of (likely) Domingo Santana, or not get up to the plate as much. There are only about two more weeks of spring training for Braun to get to the point of at least serviceable at 1B. If he can't, then there will be repercussions in the lineup.

The Orioles lineup is solidifying, and the corner outfield positions are going to be held down by a hot rookie looking for a sophomore encore, and a new face who is taking advantage of a minor league contract.

Trey Mancini slugged 24 homers in his rookie season of 2017. That's not quite the pace of his cup of coffee appearance in 2016, when he hit 3 homers in 14 ABs, but it's still quite valuable. Mancini hit .293 last year but might see some regression as his BABIP was .352. The power, though, is real, and he should have another 20+ homer season in 2018.

Colby Rasmus slugged 9 homers in only 129 PAs with Tampa Bay last year. The previous year he hit 15 homers in 417 PAs for Houston. With a full time position in RF for Baltimore, Rasmus can be expected to get back over the 20 homer level this season. His .281 average last year was supported by a .368 BABIP, so expecting that again would be a bit much. Rasmus had luck of the opposite kind in 2016, when he posted a .206 average but had a .257 BABIP. He should hit somewhere in between the two, but power is his main asset.

Marcus Stroman- P- TOR- Stroman was officially ruled out as Opening Day starter due to shoulder inflammation. It is possible that he will appear during the first week of the season, but the Blue Jays are not going to rush him back.

Lance Lynn- P- MIN- Lynn is wasting little time showing his stuff for his new team. He officially joined the Twins yesterday after passing a physical. He will face the Orioles today and is scheduled to throw 3 innings.

Clayton Blackburn- P- TEX- Blackburn's bid to join the back end of the Texas rotation was derailed after he left yesterday's start with elbow tightness. He will be evaluated further, but manager Jeff Banister said it "doesn't look real good."

Austin Meadows- OF- PIT- The highly-touted Meadows was optioned to AAA Indianapolis, along with several other Pittsburgh prospects. He went 7-for-19 with a homer in Grapefruit League play and will likely be up later this season.

Tommy Joseph- 1B- PHI- Joseph was designated for assignment to open up a roster spot for newly acquired P Jake Arrieta. Joseph has hit 43 homers over the past 2 seasons, so there is a good shot that he can land a job somewhere. Whether it will be as part of a trade or waiver claim remains to be seen.

Robinson Cano- 2B- SEA- An MRI revealed that Cano has a strain of his left hamstring. It is a Grade 1 strain that will sideline him for 5-7 days.

Marco Gonzales- P- SEA- Gonzales had his scheduled start cut short as he was pulled after taking a line drive off the wrist in the second inning. He was diagnosed as having a contusion of the hand.

Jorge Bonifacio- OF- KC- Bonifacio was given an 80-game suspension for PED use. He had been projected to start in RF for Kansas City but will be out until at least July.

Neil Walker- 2B- NYY- Neil Walker signed a 1-year deal with the Yankees and reported to their camp in Tampa. He is slated for a utility role, playing 1B, 2B, and 3B for the Bronx Bombers.

Stephen Vogt- C- MIL- Vogt wasn't able to finish his first scheduled throwing session since being shut down two weeks ago with shoulder issues. He is going to have another MRI on the shoulder.

Carlos Gonzalez- OF- COL- CarGo was signed to a 1-year deal to come back to Colorado. The deal was announced after he passed a physical.