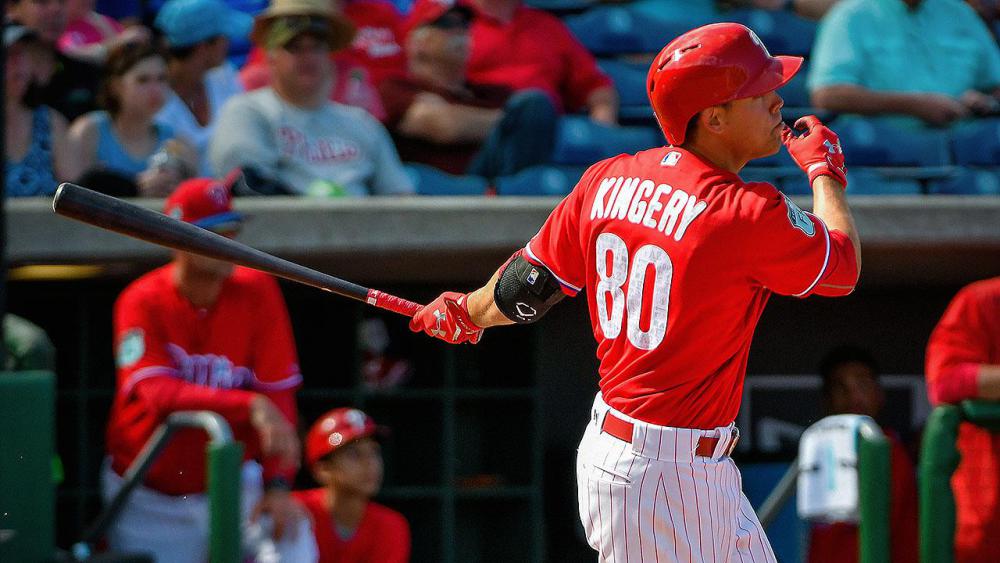 Even in 2017 it is still highly unusual to see a born and raised closer. Occasionally it becomes obvious that some pitching prospects are destined for the bullpen, but whether they are going to close or not remains to be seen. 22-year-old Zach Burdi has been weighed and measured and he is being developed as a closer and things are coming along nicely.

The 6-3/205 righty was the 26th overall pick in 2016, drafted to be a closer and drafted to ready for the majors in short order. The skill set is there starting with a high-90s heater with great late life. He backs that up with an aggressive, predator of a slider which is not yet done and has the chance to be a plus pitch. He's nursing a change as well and it is strong.

So Zach brings excellent velo and life and can throw three strong pitches at you. So what's the hangup? You can probably guess ... Control. It's not there yet to the extent we want to see. He's young with less than a year under the tutelage of his pro coaches, so he's far from a finished project. Zack's mechanics are fairly simple but his pre-drive set up is a bit closed in the style of Johnny Cueto, and that could be adding some unnecessary complications into his mechanics, but that's not my job. Zach's pitching coaches will wrangle that. Zach is already good. With maturity, coaching, and most importantly with time, he is going to get better.

The White Sox may spend the trading season clearing the runway for Zach. And it's a fair bet that he's pitching out of the White Sox pen this year in some capacity. Whether that under a mentor like Nate Jones after a David Robertson trade or as the Chicago closer is an open question.

Zach is about as projectable as a closer prospect gets (especially since this has just become an actual thing). Barring injury (always a clear and present danger), Zach will end up as a major league closer and should be a good one, if not a very good one. That probably won't happen in 2017, but it could.

Scott Kingery was definitely trending on yesterday's Fantistics Insider Baseball Show on SiriusXM Fantasy Sports Radio. He was a player that Walter Kuberski had planned to break down in the show, but the callers brought him up long before Walter could even make his appearance. Scott has 17 HRs in AA Reading this year in 203 ABs after hitting just 8 HRs as a pro prior to this season in 783 ABs over parts of three seasons and three levels. His .359 ISO leads all the minors. Oh ya, and he's hitting .315 with 13 SBs. Now that I have your attention, let me point out that he seems to have everyone else's attention too.

The just-turned-23-year-old was the Phillies' second-round pick in 2015 from Arizona and he's had a fairly nondescript pro career to this point, save for a nice run in High-A in which he showed his mature approach and strong hit tool while swiping 26 bases. That was good enough to earn Scott a short run in Reading at the end of last year that didn't leave much in the way of good impressions. But something happened in the offseason

Scott is listed at 5-10/180 but he changed his offseason routines and his diet to add anywhere from 7-15 pounds of muscle (depending on who you ask). In addition, he installed a swing change in the offseason that got him on his back leg more and that added lift. His GB% dropped from 43% in his 156 ABs in AA last year, to 30.1% this year. So here we are. Scott is also taking more walks this year. His 2017 season so far has been a pretty tidy statistical package. The important question here is exactly how much do those changes account for his sudden power? There's also a park factor involved, with Reading being a very power-friendly ballpark. That's a valid mitigation, but Scott has also matched his previous career HR total on the road this year with 8 HRs in 105 ABs. Scott is clearly a changed hitter.

There are a couple of drawbacks. Even at 5-10 and a muscular 187 -193 it's probably still questionable whether he can sustain a 19.8% HR/FB. His defense is also questionable but it is funny how you haven't heard much about that so far this year isn't it? Still, Cesar Hernandez is pretty secure at 2B in Philly and that pretty much leaves Scott without a position unless he gets moved to the outfield, where he played some in college.

This is all new-found success and that's fine, but I'd like to see Scott get asked to adjust first before I get too excited. Good runs are good runs, but let's see him fall into a slump and see if he can get back into this groove afterward. The Phillies have said that they have no plans to move him to AAA yet despite an injury at that level that opens 2B for him. I think they just want him to solidify his success here and hit a bump in the road to see how well he responds. I am not sure the Phils are in any hurry with Scott.

Things could start to happen by the trade deadline and should he make the jump to AAA in early July (or earlier) that might be an indication that he is in the big club's 2017 plans. Same holds true if he begins to see some games in the OF at some point this summer. For now, I think we are in wait-and-see mode. I like what I am seeing so far, but I would like to see more before I am completely convinced, and ideally, I'd like to see him in AAA for 150 ABs or so.

Scott will be a good hitter (a plus in AVG.) and he'll steal some bases, maybe 20. If he can retain half of these HRs and just be a 15+ HR guy he is going to be an asset. There's potential for more on the power side, but I want to see Scott sustain this level of production a while longer before I get overly excited.

"Registered members can click on the following link to see the complete Prospect Central article for this week, which includes other prospects:http://www.fantistics.com/baseball00/M-Prospect.htm Click here for premium membership details:http://www.insiderbaseball.com/baseballsample.htm"